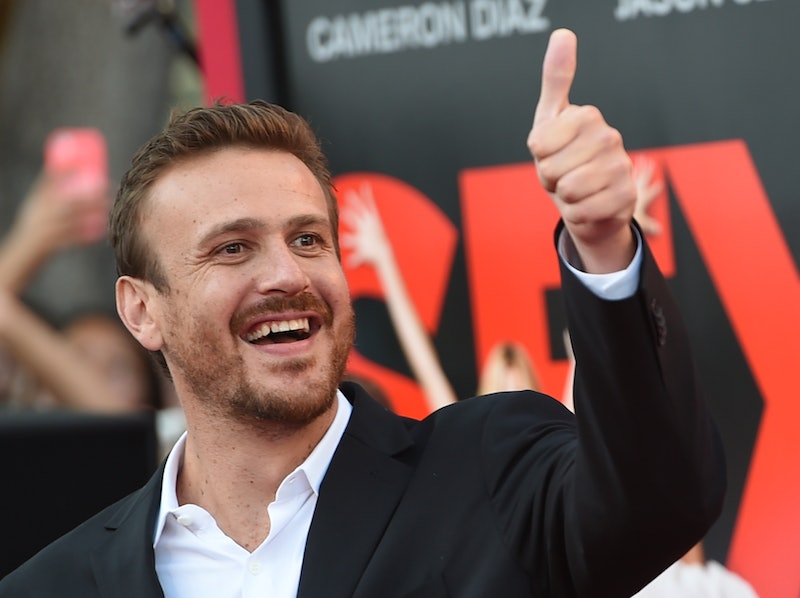 Am I the only How I Met Your Mother fan that's still holding out hope that Jason Segel and Alyson Hannigan (aka Marshall Eriksen and Lily Aldrin) will wind up together in real life? (OK, I know — it's a bit unrealistic, especially considering Hannigan has been married since 2003.) While the Marshmallow and Lilypad ship may have sailed, I have some other romance news for Jason Segel fans! Unlike his Forgetting Sarah Marshall character (who moped around and just couldn't seem to forget Sarah Marshall), he's not single any more. According to reports, Jason Segel is dating Alexis Mixter.

Instead of just being a random rumor, Us Weekly says the relationship has been "exclusively confirmed." I guess that's the Hollywood equivalent of being Facebook official, huh? The two were spotted holding hands and shopping at Whole Foods together on Thursday. Nothing says romance like organic grocery shopping, amiright? But on a more serious note, these two are adorable together!

So who is J-Seg's new girlfriend anyway? I was scratching my head, wondering the same thing, so I decided to round up everything you need to know about Alexis Mixter. Because if you're a huge Jason Segel fan (like me!), you're probably dying to know these details about his love life.

And I'm not talking about just taking selfies. Even a quick look at Mixter's professional website proves that she's got some serious skill. Sadly, there aren't any portraits of Segel on there... yet!

You May Know Her Sister

She Has a Super-Cute Dog

Not only does she take photos professionally, but she's great at taking adorable animal photos. Her Instagram features plenty of cute pics of this pup.

We may not know too much about Mixter, but based on the info above, she seems like a great match for Segel! And in case you need further proof, check out the adorable photo below: