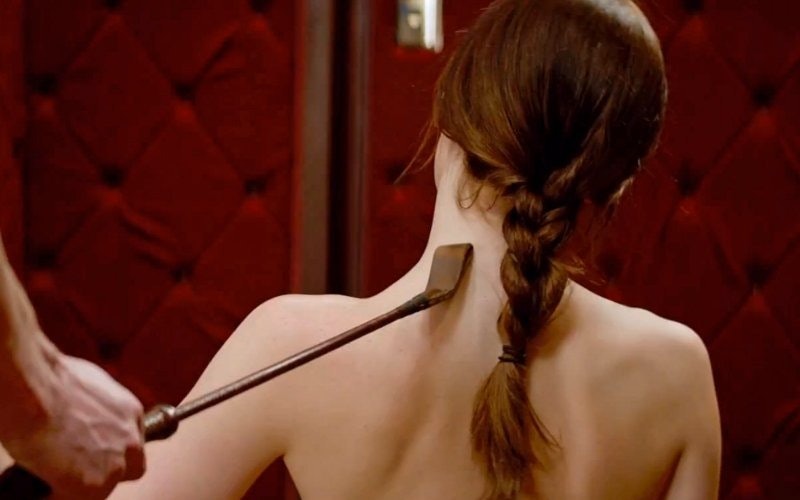 I don't know about you, but I'm the kind of person who likes to maintain a level of honesty with myself. I don't like to pretend I'm a shoe when I'm a hat, you know? (Shout out to my Friends fans.) So, if I have to be completely honest with myself and with the world, I am mostly interested in Fifty Shades of Grey for the sex, badly researched though it may be. Which is kind of the entire plot, so I think I'm totally justified in that. We're only about two weeks away from the release of the Fifty Shades of Grey film adaptation starring Jamie Dornan and Dakota Johnson, and I firmly believe there are likeminded people out there in the world. People who have copies of the novel. People who just want to know where the sex scenes are. Well, allow me to provide you with that service. Because I am just that giving.

Fifty Shades either has more sex scenes than you thought or less sex scenes than you thought — but it's definitely got a lot of them. I've put all 14 of them in chronological order by the page numbers, and even given you context for the kind of sex they have. Sorry, this isn't just a simple list of the sexiest moments in Fifty Shades of Grey . If no one had an orgasm, you won't find it listed below. Let's dive right in.

What Happens: After introducing her to his list of rules and his "singular" tastes post-nondisclosure agreement, Ana reveals that she's actually a virgin. Christian decides to make love to her for her first time.

What Happens: Ana is still sore from the whole loss-of-virginity thing, so Christian gives her an oral exam. Ha ha. Ha ha. She passes.

What Happens: While Ana is mulling over the contract and its stipulations, Christian decides to remind her how "nice" a time they have together.

What Happens: Ana has a sex dream.

What Happens: Ana isn't grateful that Christian bought her a car, so he takes her inside to have the sexy times.

What Happens: Christian gives Ana an introduction to roleplaying.

What Happens: Ana gets on birth control and then, well. There's a riding crop involved. Very, very involved.

What Happens: Ana refused to let Christian feel her up in front of her parents during family dinner, so instead he has sex with her in his parents' boathouse and doesn't let her orgasm.

What Happens: The day after the Ben Wa balls, they have sex on his desk before parting ways.

What Happens: They have a fight, and then they make up.

What Happens: Christian is, like, really happy to see her.

What Happens: He wanted her ready and in his playroom in 15 minutes. He got his wish.

And there you have it, folks. What happens to Christian and Ana after that is for the movie to reveal — or for you to read the book and find out for yourself. Either way, we might all need to fan ourselves now.