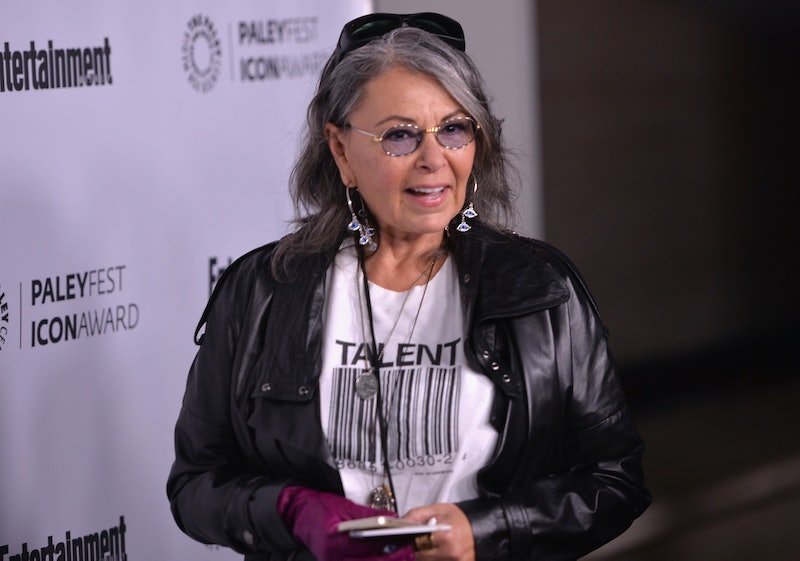 More than a slew of Bill Cosby allegations have surfaced since the video of comedian Hannibal Burress calling Cosby a rapist went viral last fall. The comedy community has been especially rocked by the fall of one of their heroes, but it becomes more and more difficult to deny that Cosby is guilty. Jay Leno voiced his frustration that it's so hard in this case for people to believe the victims, even though there are now upwards of 25 women who have come forward. More recently, in an Access Hollywood interview, comedian Roseanne Barr said that the allegations against Cosby came as "no surprise," and that it was long known in the entertainment world that he had been accused of assaulting so many women. But Barr also said that she thinks Cosby can come back from this if he comes forward and apologizes. So I have to ask, why does he deserve to come back?

In the interview, Barr said of the allegations against Cosby: "There’s hardly any hairdressers or waitresses who don’t know somebody [affected by his actions]... I have hopes that he would just make it clean and make it right." But is the now tarnished career of Bill Cosby really worthy of being saved? What kind of message would that send to his victims who have been brave enough to speak out.

But if Cosby does atone, does he really have too much to bounce back from career-wise? It doesn't seem like his career has taken any major hits, and though NBC announced that it "was safe to say" that they would no longer work with Cosby, he's still doing his "Far From Finished" tour in Canada. Though many comedians have stood with the victims like Rosie O'Donnell and Larry Wilmore, Cosby still has plenty of people in his corner, including Whoopi Goldberg, who all but attacked alleged victim Beverly Johnson on The View.

Barr's hopes that Cosby will "make it right" seem even more misguided since she commented, if not directly, on the scandal before. She tweeted a photo of herself wearing a chemical peel mask and captioned it, "tussle with Bill Cosby" which she amended after the backlash to "Got a chemical peel to look more sexier. Joked about tussling cosby" (which isn't leaps and bounds better). When Barr spoke on Access Hollywood, her focus seemed to be on Cosby and his career. She makes a passing remark about victims in the industry, but seems hopeful that Cosby can put this behind him.

But for his victims, there's no putting assault behind them. That's what makes Barr's comments so malignant. Why is there something owed to Cosby to further his career, as if this is a blip in his otherwise successful life? A blip it is not, but, if the allegations are true (which I wholeheartedly believe they are), this is something that should live with him forever. And live in the public consciousness, too.

Many could draw a parallel between Cosby and other men in Hollywood who have been accused of sexual assault, most memorably Woody Allen last year when Dylan Farrow accused him of molesting her when she was a child. And yet, Allen's career moves forward rapidly; he just signed a deal to create a new series for Amazon. Just because Allen's career wasn't diminished, though, does not mean the same should happen for Cosby. This is not about the salvation of his reputation in the comedy world, but about giving the victims justice. If not in a legal court, then definitely in the court of public opinion. We owe that to them.

In November, Bill Cosby's lawyer released this official statement on behalf of the comedian: