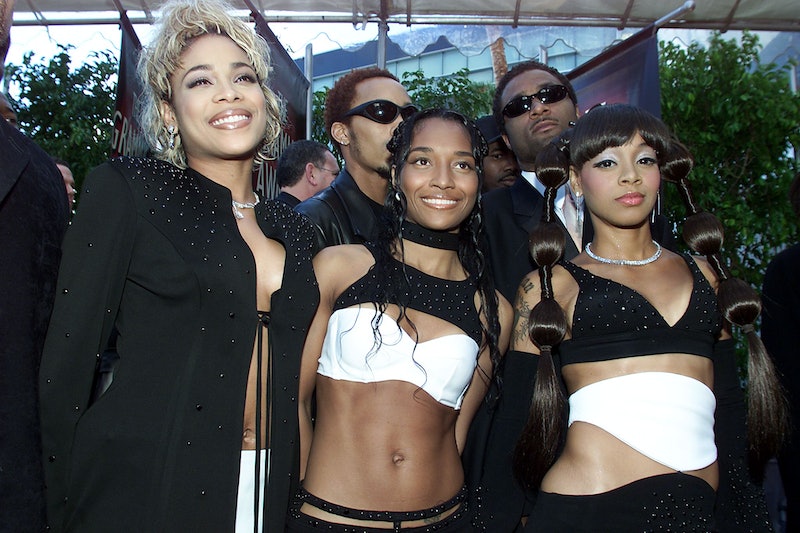 There is a lot of excitement a-brewin' about the musical acts scheduled to perform at the 2015 Grammy Awards this Sunday, and with good reason: Rihanna, Kanye West, and Paul McCartney will be there; Sia will be there; John Legend, Common, and Beyoncé will be there; Madonna will be there. ...And my, oh my! How the list goes on. But before we can put the new performances in our eyeballs, why don't we pay homage to the great Grammys performances of yesteryear? And by "pay homage", I mean "watch non-HD recordings of the performances that've been uploaded onto YouTube." There have been so many excellent stage shows at the Grammys in the past few decades, so where does one begin? Here's where one begins: In 2000, TLC took the Grammy stage and delivered terrific renditions of “Unpretty” and “No Scrubs". And it is a must-watch/must-revisit.

Tionne "T-Boz" Watkins, Lisa "Left Eye" Lopes, and Rozanda "Chilli" Thomas performing two of their biggest hits should be enough to convince you drop whatever it is you’re doing and watch the video right now. But if it isn’t enough, I’ve compiled a list of additional reasons why this 15-year-old Grammys performance is worth checking out, STAT.

There are ribbon dancers:

There are drummers in hats:

There are so many butterflies:

There are pompom-covered second costumes:

When Left Eye raps and the dancers crouch out of respect:

And not just any robot, but a robot who makes everyone onstage dance in unison:

Don't be a scrub. Watch it already!