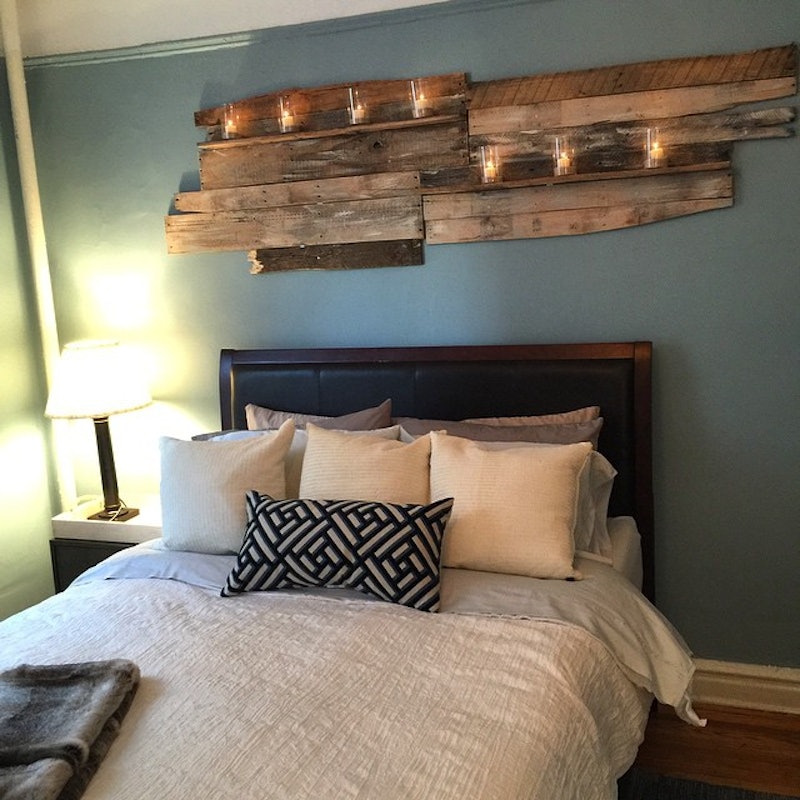 Confession time: I am a pack rat. There is a vortex of stuff under my bed in my childhood room that I'm genuinely concerned has ripped a hole into another dimension. Some of it is because I'm sentimental and feel some strange emotional attachment to things like the soccer trophy that spelled my last name "Lard" (it's "Lord," for starters, and also, who has the last name "Lard"??), but most of it is because I am lazy and let things in my room pile up until they have reached volcanic levels of chaos. As you could probably guess, getting rid of stuff during my upcoming move is going to be one of those multi-day tasks that might take an entire season and a half of Friends reruns to complete.

The time has officially come to part way with much of my coveted junk, both because I stubbornly clung to it during past moves (and regretted it), and because in a few weeks I'll be moving far away enough that it just isn't feasible to drag every shred of evidence of my human existence in a wheelbarrow along with me. If anybody needs me, I'll be busy mentally and emotionally priming our trash can to take from me all of the following:

Clothes you don't feel confident in

I have held on to a lot of things in the past years of my life: things that "used to fit," or "might one day fit," or even things that just looked so adorable that I imagined that, of course, they'd look cute on me, even though they turned out to be a total flop when I put them on. There's no reason to keep on dragging around all your "what if" clothes. Donate them. They deserve to be worn by someone who will love them exactly the way they are.

Unless you are a truly die-hard collector and you just have to have the cases in tact, really, they're just going to take up a ton of room. It's so much more compact to put them all in one of those books with CD sleeves. Also, why do you still have CDs?

YES, it was super exciting to get that neon green fanny back with some radio station's name slapped all over them at the time, but really it had no business being in your life in the first place.

Kitchen appliances you barely ever use

A year ago, you dreamed of the idyllic and beautiful life you would make for yourself juicing your own fruits and vegetables every day, but it is time to face the fact that the dream has died. Gift it to someone who might actually use it, or if you haven't even bothered to open it up, sell it so you can get something else for your new digs.

Odds are, you have outgrown some of these posters, and in any case, it will be the ultimate hell trying to keep these things from getting destroyed by the sheer number of things you are taking with you. They would practically need their own bodyguards to survive the trip.

Set them free. Someone will love them. You will merely resent their weight on the trip, and the space they take up in your new apartment.

Almost all of your towels

You really only need two towels to survive in this world, if you're doing laundry regularly, and they take up WAY more space than you anticipate.

Almost all of your mugs

It is killing me on the inside to say this because I obsessively collect cute mugs, but it is time for me to own up to being the junkie I am. Besides, as soon as you move, you'll probably just start collecting them again, so it's not like you'll will suffer for long.

Most things you have more than one of

When we replace things we have a tendency to never get rid of the thing we replaced -- it's why I have a neon pink Acer laptop from 2007 in my top desk drawer and why I have three white t-shirts that all have permanent pit stains or holes in them. Eventually we must part ways with these repetitive things, and there's no time like when you'd rather not be hauling them thousands of miles across the world.

For most of us, this goes without saying, but for some of us (okay, me), the prospect of giving up our stuffed animals is the biggest trial we will face before a move. I think we are each allowed one stuffed animal of extreme sentimental value. That's it. Beyond that, it just becomes a ton of wasted space for crap that could be making other children happy instead.

Old or experimental make-up that you hardly ever wear

New move, new you. Stick to the make-up that makes you feel fabulous no matter what. There will be plenty of time to experiment once you settle in somewhere and have new friends to go out with.

All the bath products you got on Christmases or birthdays

I regret this one weird hoarding habit I have: I save all bath bombs and fancy bathing products for a "rainy day," even though I know it's time to accept that the "rainy day" will never come and that if I take all of these "someday, maybe" products on my move, they are just going to burst in my luggage and dye everything smack-you-in-the-face pink.

Stuff you borrowed from friends

GIVE IT BACK. IT IS TIME. It will be embarrassing and awkward when you realize you had the scarf your bestie has been looking for an entire year. It will be officially off your conscience after it is returned.

Notebooks you've only kind of written in

If you want to save the contents, rip out the pages and put them in a folder, but anyone who has ever written in and then given up on a notebook knows that the chances of you resurrecting it for another project are close to zilch.

Anything that you forgot was there in the first place

Unless it is something you genuinely thought you lost and mourned for a long time, if you find something while you're packing and are surprised by its existence, you didn't miss it enough to justify keeping it in your life.

I already touch on this with the books and stuffed animals, but it applies to pretty much everything else as well. If there's a novelty salt and pepper shaker set that your friend ogled one time she came over, or a dress your sister was always dying to borrow, and you just know that these things would be more appreciated with them than they would be with you, it's time to let them go. That way after you move your friends and family can have a little token to help you feel connected even when you're far away.

More like this
These Are The 3 Most Mellow Zodiac Signs
By Kristine Fellizar
Emily Ratajkowski & Pete Davidson's Astrological Compatibility, Revealed
By Nina Kahn
Designers Say If Your Home Doesn't Have Any Of These Things, It Looks Outdated
By Claire Epting
Walmart's Pre-Black Friday Sale Is On — And Here Are All The Cool Things Worth Buying
By Kate Marin
Get Even More From Bustle — Sign Up For The Newsletter