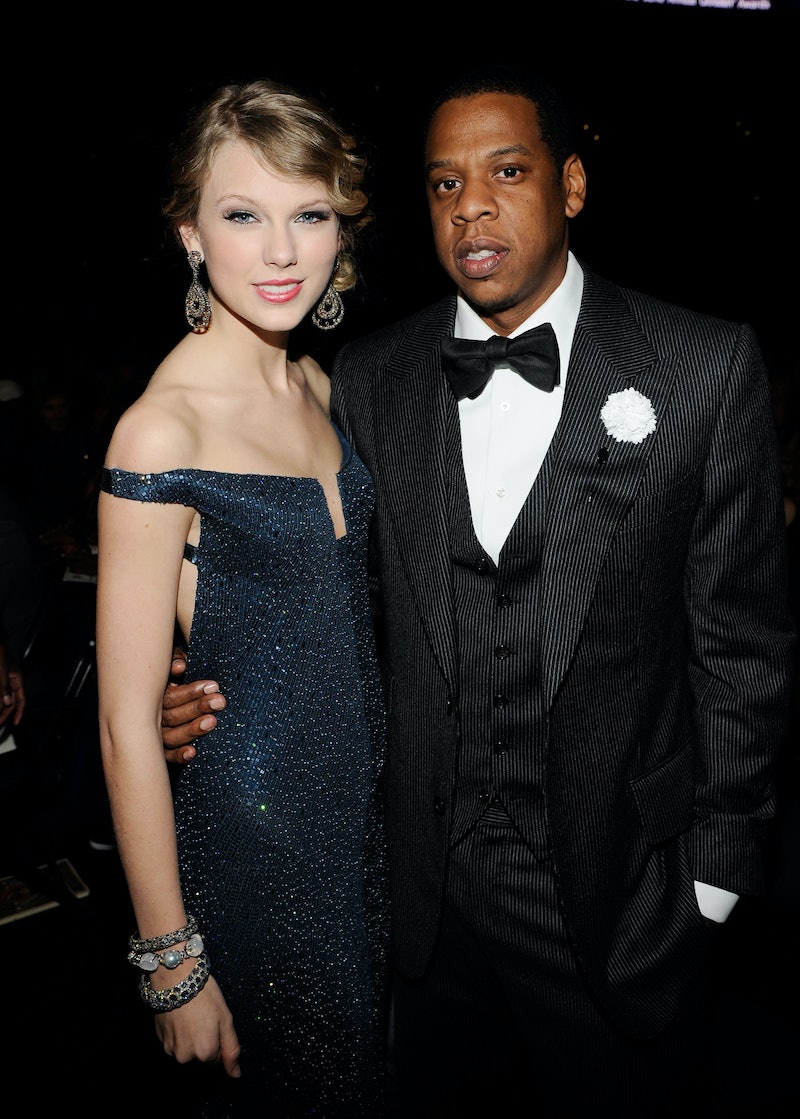 Typically, amongst a group of friends there’s the one who requires a constant reminder to keep brunch dates and there’s another who is completely obsessed with reminding everyone to show up. According to Gawker, while chatting during the Grammys, Taylor Swift invited Jay Z to brunch — and judging by the video, you can clearly tell Swift’s the human calendar reminder who will probably call Jay Z every other day before the meet-up.

First of all, Jay Z doesn’t need all those reminders. The guy owns a $5 million watch that can probably be programmed to alert him the moment brunch o’clock arrives. And T. Swift: the guy showed up to your birthday party, so I’m pretty sure he’ll show up for brunch. Just sayin’.

Meanwhile, since I didn’t receive an invite to the Grammys let alone a meal with two of music's biggest celebrities, I can only imagine what could possibly come out of this brunch. Like, what could they discuss, other than their awesome lives? Maybe Swift wants to babysit Blue Ivy. Or perhaps because it’s totally awkward when your friends don’t get along, Jay Z will confess how relieved he and Beyoncé are that Swift and Kanye West finally made up.

I'm sure they have plenty to catch up on, but I'm hoping that their get-together involves at least one of these four scenarios:

I mean, isn't it about time somebody made this happen? When the Swifties and the Beyhive unite, magic WILL happen.

Could a Bey, Jay and T. Sweezy track possibly be in the works?

Beyoncé and Jay Z attended Swift's 25th birthday last year, but, since their schedules are booked, they probably need to know about the invite a year in advance.

An Invite to Bey & Jay's Housewarming in L.A.

Rumor has it that the Carters are moving to L.A., and knowing Swift's reputation for doling out the best gifts, she probably already has the perfect present in mind.