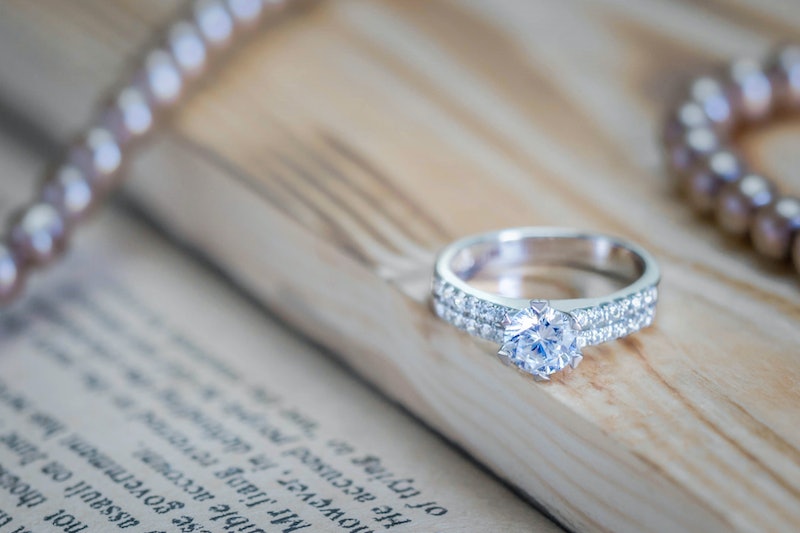 For generations upon generations, people have been coming up with creative ways to propose to someone. But while many try for a big, public to-dos, some of the best are actually the small, personal ones — like this one: A flipbook wedding proposal that is just too cute to handle. I mean, seriously — if you are dating someone who comes up with something this adorable, you should marry them immediately. They're a keeper.

Since the dawn of the Internet, there have been lots of viral marriage proposals, and while many of them are undoubtedly sweet and impressively elaborate, I've never been a big fan of most of them. Why? It's a simple reason: They tend to be very public, which can be a problem. For one thing, sometimes, these proposals don't always come together the way they're supposed to — which is especially bad for skydiving proposals. And perhaps even more importantly, public proposals put someone you supposedly love on the spot in a very inconsiderate way. If they don't want to get married, they're faced with the choice of either rejecting you in front of all these people expecting you to say yes, or saying yes and having to hurt you by taking it back later. It's just not very nice.

So does that mean that creative proposals, ones involving a lot of thought and effort, are totally off the table? Not at all! It just means that you should come up with something cute and private. Like, for instance, the boyfriend who commissioned this flipbook from The Flippist for his now-fiancée. The boyfriend in question gave his unsuspecting girlfriend the flip-book while they were on a walk through the Lincoln Park Zoo during its winter lights festival. Once she got to the end, he pulled out the real ring, and she said yes. See? Intimate, creative, and romantic, all at once.

In the event that you're somewhere that prohibits the watching of videos right now, here's the money shot in GIF form:

And here's the full video of the flipbook in action: