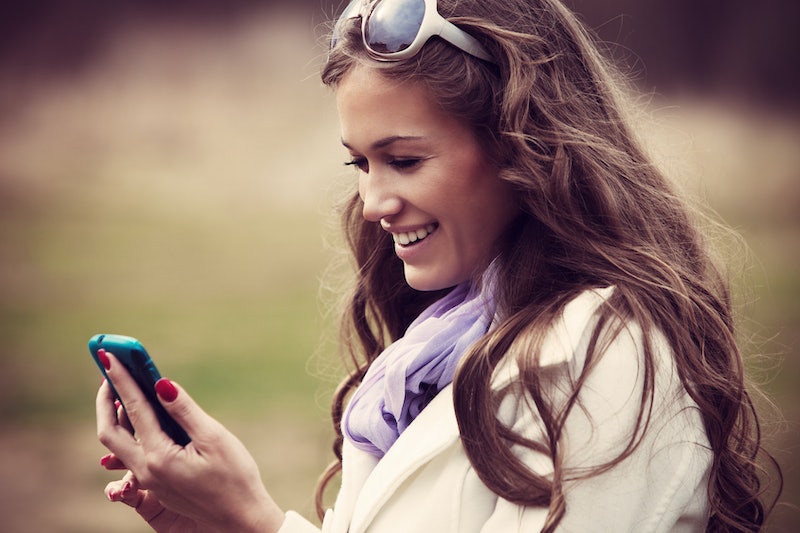 Though we try to deny it, there are some struggles to being single on Valentine's Day. You are forced to watch cute couples saunter arm-in-arm down the street while enduring a lecture from your loving mother about the importance of finding a man. Fortunately, there are plenty of ways to cope with crippling loneliness come February 14. You can throw a singles-only soirée, drown your sorrows in chocolate-covered confections, or — if you're really desperate — you can scour Tinder for a last-minute Valentine's Day date.

Think it sounds crazy? Well, to be honest, so did I. Whether you are for or against Valentine's Day, I believe the holiday should be spent with people you legitimately love, be it family, friends, or a significant other... not someone you swiped right on earlier in the day. But given that I live in technological times and have a mild obsession with the Tinder Nightmares Instagram account, I was curious what would happen if someone asked their Tinder match to meet on a day that's devoted to love.

So, being a budding journalist, I decided to put my question to the test. I would create a Tinder profile and ask my matches if they wanted to spend Valentine's Day together. Now, before embarking on this experiment, I wanted to get permission from my boyfriend (who, by the way, I met thanks to OK Cupid). Knowing that this story had Pulitzer Prize-potential, he gave me the go-ahead to seduce as many men as possible.

With his blessing, I began swiping right. At first, I wondered what kind of reaction I would get out of these guys. Would they ignore my invitation all together? Would they tell me I was a Stage 5 clinger who needed counseling? It turns out, neither was the case. Here's what happened:

At first, I played it cool.

Which got me zero dates.

When that didn't work, I simply cut to the chase.

And still, no responses.

After a while, a few gents took the bait.

Are we sure this charmer isn't the Christian Grey?

Some were a bit intimidated by my boldness.

To be honest, I'm surprised more men didn't have this reaction.

Others turned my desperate plea into a pick up line.

Because that's what Tinder is for, right?

Most were "unavailable" on February 14.

But at least no one faked their grandmother's death to get out of a date with me.

A few said no, despite my clever invitation.

But at least he appreciated my outdated pop culture reference.

One dude even caught on to my devious plan.

In the end, there were a couple of fellas who agreed to be my valentine.

At which point I stopped responding to their messages.

But the best response came from this guy.

I mean, he's just asking to be on Tinder Nightmares.

Much to my surprise, the majority of my matches were more than willing to wine and dine me on Valentine's Day. Or, at least, that's what they said. Although I was flattered by their responses, I wondered why they were so accepting. Is Cosmopolitan right, and men genuinely appreciate women who make the first move? Were they just lonely and looking for someone to love? Are they followers of the YOLO mentality and figured it was worth a shot? I suppose I'll never know, though the romantic in me hopes that they were merely taking a chance on someone who could be the one. And if that's what they were searching for, I do hope they find it someday.