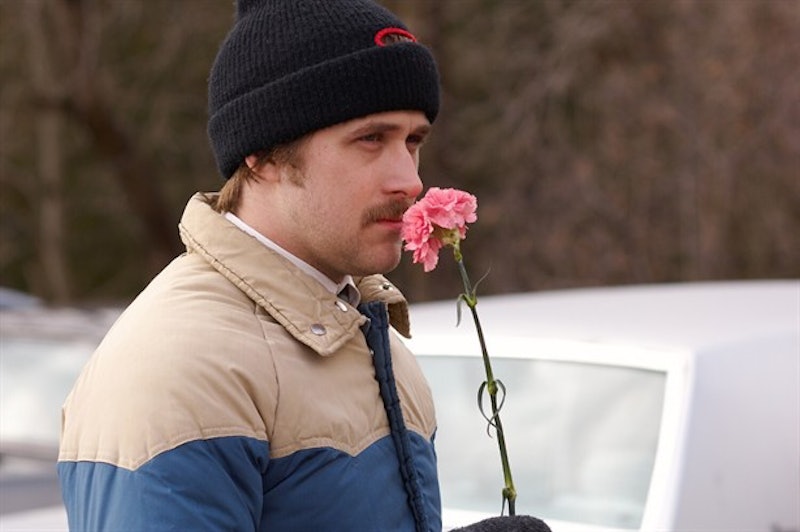 Like it or not, Valentine’s Day is all about celebrating love. Typically it’s associated with the love you havefor a significant other. But what about all those other, non-conventional types of love out there? Why should those love stories be any less celebrated on this hallowed day? It's been said many times that love comes in all shapes and sizes, that love knows no bounds — there are many different kinds of love out there, each one unique and special in its own way, and all deserving of being given the spotlight, at least just a little, on Valentine's Day. So, here you have it: This piece is an homage to the unconventional, a love story for the really weird love stories out there. Some of us might be celebrating Valentine’s Day with a boyfriend or a girlfriend, but why exclude those who aren’t?

Fear not, single ladies and gents, love does indeed come in all shapes and sizes, and these films are here to prove that just because you don’t have a significant other this Valentine’s Day doesn’t mean that you don’t have a love you can be proud of.

So shout your love from the rooftops! Don’t allow your love to be constrained! Whether you’re celebrating your special relationship with brunch, your undying devotion to bacon, or your unwavering love for your cats, this day is for you. Share your unconventional love with the world, just as these masterpieces share their own special love stories.

Ah, a tale as old as time. The love story of a perky golden retriever and his quest to be a baller. Air Bud's love is a simple love, that of a dog and his sport. A '90s classic and a love we can all only hope to one day have. I aspire to love something as much as Air Bud loved basketball.

We've all grown up with Andy and his trusty band of toy followers. Have we ever really stopped for a second though to question how weirdly obsessed Andy is with his toys? If Andy had gone to my elementary school, he definitely would have gotten his butt kicked on the playground for being just a little too into his toys. The first two films of the trilogy don't really hit this point home... it isn't until the third film in which college-aged Andy's attachment to his toys really gets a bit creepy. Seriously, Andy has a dilemma about which toy he's going to bring with him to college for old times sake. Sorry, Andy, but it doesn't matter if you take Buzz or Woody, either one isn't gonna do you any favors with the ladies.

I believe there's a saying that goes something along the lines of, "how can you expect someone else to love you if you don't know how to love yourself?" Learning to "love yourself" is definitely an important part of growing up. Patrick Bateman in American Psycho, however, takes this process to whole new levels by loving himself so. freaking. much. We might not all be narcissistic psycho killers, but I believe there's a little bit of Patrick Bateman in all of us and we should spend Valentine's Day remembering to love ourselves!

This love story may be centered around a wedding, but everyone knows the real power couple of the film is not the bride and groom, but rather, Paul Rudd and Jason Segel.

In a fit of mental delusion, Ryan Gosling begins a love affair for the ages with a (high quality) blow-up doll he bought from the internet. His entire town (which is apparently far kinder and more understanding than my own) plays along with the relationship as hijinks and awkward sadness ensue. Gosling does a convincing job of making us believe he can be unattractive, and shows lovers everywhere that whether it be your iPhone or your personal back massager, love for an object is no less real just because it's made of plastic. See also: Her (2014).

There is no rush quite like loving a hot girl who may or may not actually be a middle-aged man. In a To Catch a Predator-esque manner, Catfish explores the trials and tribulations of what happens if you stayed on MySpace after 2005.

My perception of the film Ghost: I know my mom loved it when I was a kid and Demi Moore is in love with a ghost (OK OK — technically her boyfriend was killed and she was in love with him when he was alive BUT STILL).

This documentary is about people who are obsessed with fruit. I stumbled across this on Netflix the other day and was immediately sucked in by these beautiful opening lines:

Is it strange that when I look at certain fruit, I find myself... a bit... aroused? Almost like it's trying to seduce me by overwhelming my senses... like it wants to be devoured.

Pure poetry right there. This documentary is seriously the most bewildering yet intriguing thing I have ever seen and might just be the creepiest film on this list. Featuring Bill Pullman, this documentary follows extreme fruit enthusiasts as they search for fruit, grow fruit, smell fruit, and, arguably, become sexually aroused by fruit. Is that a banana in your pants, or are you just happy to see an avocado, Bill Pullman?

"A mango's always a negotiation. It's a love story."

A simple love tale of a squirrel and his nut. Eminently relatable and timeless.