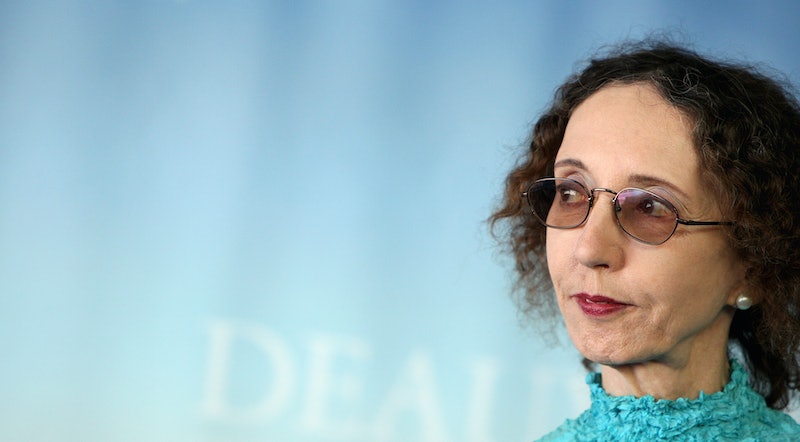 We all have those books that we hold the closest to us. They're the books we make a point to re-read once a year. The ones we take with us when we travel for long periods of time. The ones whose pages are so yellow and crinkled and filled with scribbles that no one else could read them but you. And if you're a writer, these are the books that inspire you the most when creating your own work.

If my favorite books were piled up together, the only thing they'd really have in common is that they're bound and have covers. They range to everything from Sylvia Plath's The Bell Jar to S.E. Hinton's The Outsiders to B.J. Novak's One More Thing. I love them all for different reasons, and I hope that a little bit of all of them comes off in my own writing.

When I decided to search for famous writers' favorite books, I read interviews, saw lists, and read bios that showed me that they're inspired from as wide as range of novels, short stories, plays, poems, and comics as much as I am. Here are nine books that are near and dear to famous authors.

Alice in Wonderland & Through the Looking Glass by Lewis Carroll

In an interview with The New York Times, renowned short story-writer, novelist, and playwright Joyce Carol Oats shared that Lewis Carroll was the writer that inspired her the most:

Lewis Carroll’s “Alice in Wonderland” and “Through the Looking-Glass,” which my grandmother gave me when I was 9 years old and very impressionable. These were surely the books that inspired me to write, and Alice is the protagonist with whom I’ve most identified over the years. Her motto is, like my own, “Curiouser and curiouser!”

Styles of Radical Will by Susan Sontag

In an interview with Foyles, British novelist Zadie Smith shares some of her favorite reads, including Susan Sontag's collection Styles of Radical Will:

I don’t think many people would think this is Sontag’s best book — it’s a bit histrionic, especially the essay about Hanoi — but I can’t get over how elegant her style was, at only 36. I suppose every girl writer holds Woolf and Sontag somewhere amongst their heroes, and in this sense I’m typical. They’re just too great to deny. The essay on silence is my favourite.

Are You There God? It's Me, Margaret by Judy Blume

In a wonderful essay for BuzzFeed, Roxane Gay runs through descriptions for the dozens of books that have made her who she is today. Like so many young women, she was inspired and comforted by Judy Blume. "With Forever and Are You There God? It’s Me, Margaret , Judy Blume held my hand as my body changed and my heart changed and I began to feel less like a girl and more like a young woman," writes Gay.

Fear of Flying by Erica Jong

Infinite Jest writer David Foster Wallace rounded up a list of his 10 favorite books for the CS Monitor. One of his picks is Erica Jong's Fear of Flying , a novel that follows Isadora Wing, a dissatisfied young wife who travels to Europe and has an affair that "represents her hopes for finally achieving the sexual, emotional, and intellectual fulfillment that has perpetually eluded her."

Strand Books, an independent bookstore in Manhattan created a series called Curated Collections, which is like a "staff picks" but with famous authors. Jennifer Egan (A Visit From the Goon Squad), picked a range of books that influenced her career. Ralph Ellison's Invisible Man fell the first of three categories of books on her shelf. Egan says, "The first I call 'Literary DNA': books that helped to shape my thinking about language and storytelling. I could be accused of stating the obvious, here (The Bible; the Odyssey), and yet I can’t imagine a table representing my personal reading history without these volumes on it."

In a Barnes & Noble interview, Russian-born satirist Gary Shteyngart (Super Sad True Love Story, The Russian Debutante's Handbook) says that "Nabokov's Pnin showed me how humor and pathos can coexist on a single page, in a single sentence."

The Hero and the Crown by Robin McKinley

A National Book Award winner for her novel Salvage the Bones , Jesmyn Ward tells TIME that the young adult novel nearest to her heart is The Hero and the Crown:

When I was around eight or so, I discovered The Hero and the Crown by Robin McKinley at my local book fair. I charmed one of my cousins into buying it for me, and then I devoured it. The heroine is an illegitimate princess who hunts dragons in an attempt to find some place for herself in her father's kingdom; I loved the book because the heroine is tough, stubborn, and smart, and she takes on a world bent on making her less than she is. I empathized.

The Hitchhiker’s Guide to the Galaxy by Douglas Adams

Most famous for his years of writing on Saturday Night Live , Simon Rich has also made a name for himself in the world of literary publishing — his most recent story collection, Spoiled Brats,was named one of the funniest books of 2014 by The Guardian. When Rich was asked to pick recommendations for readers who like his own work, he suggested Adams' Hitchhiker's Guide because "one of my favorite jokes in Simpsons history comes when an injured robot asks, 'Why … why was I programmed to feel pain?' As with many great gags, Adams did it first with Marvin the Paranoid Android. I’ve reread the Hitchhiker’s books so many times that I can recite them, annoyingly, from memory."

Dunham told Glamour that Toni Morrison's Sula , "which tackles what it's like to be a woman and not see yourself," is a required read. Some of her other picks include Lolita (Vladimir Nabokov), Shopgirl (Steve Martin), and Eloise in Paris (Helen Gurley Brown).