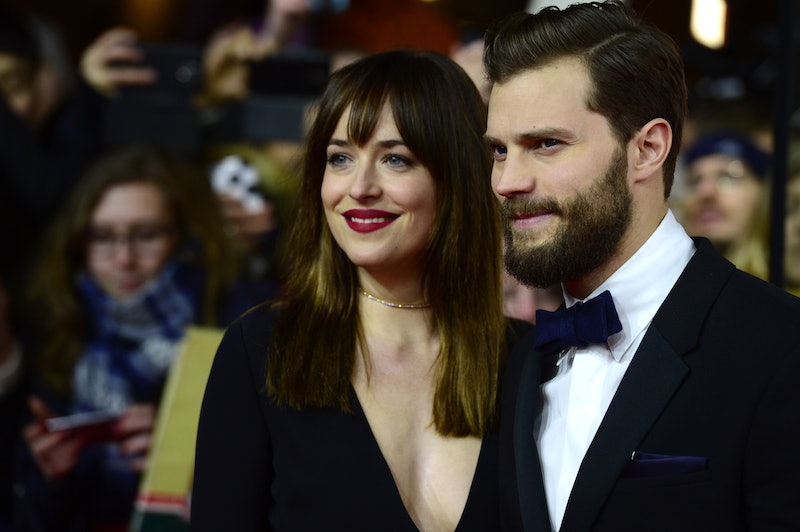 "Tasteful" isn't really the adjective most people would use in conjunction with Fifty Shades of Grey, but somehow, a Fifty Shades of Grey pole dance set to a cover of Beyonce's "Crazy in Love" turned out to be the most arsty video I've watched all week. Yes, I'm serious, and no, this isn't just because I have a poorly-concealed adoration for classical covers of pop songs. I don't know how cellist David Chen pulled it off, but ohmygod his video is making me want to take pole dancing classes even more than I already do.You probably already knew that Beyoncé remixed her 2003 megahit "Crazy in Love" for the Fifty Shades film. Actually, if we're being honest, you're probably on your 300th listen as you read this. Chen was just as big a fan of the remix as you are, however, if not more so — he wrote on Slash Film that the song's transformation from "grating club song" (ouch) to "something... far darker" inspired him to record a cover himself. He didn't want the video to be simply a static view of him playing the cello, however, so he enlisted the help of dancer Danaë Montreuil to provide a visual accompaniment to the music. The result? A seductive, black-and-white interpretive pole dance that's going to make you wish David Chen would cover every pop song ever written, please.Don't believe me? Even stills from the video are beautiful.

Apparently the secret to making something tasteful is lens flares and shooting in black and white.

How is that even possible? Is there no gravity in this studio?

GAH. That woman is hanging upside down by the strength of her legs. How??

No amount of my flailing around is going to do the video justice, so check it out for yourself (NSFW, unless your boss is a huge Fifty Shades fan):