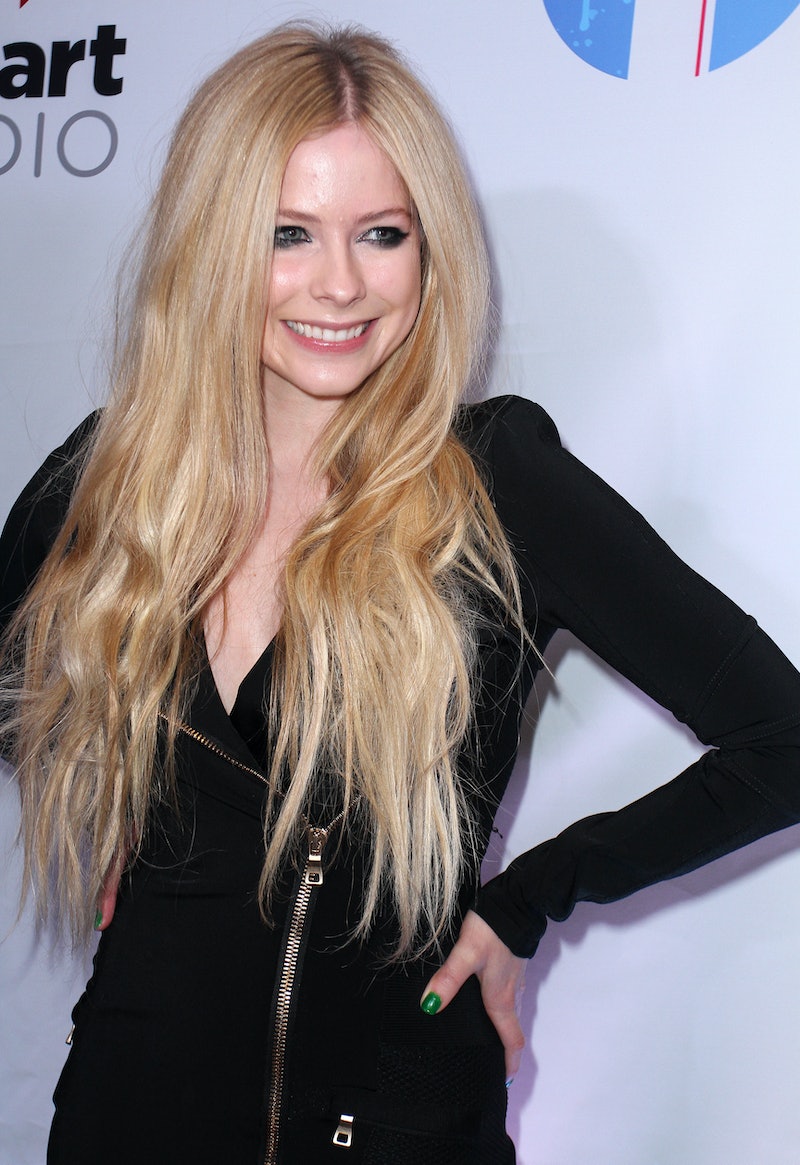 Celebrities and controversy go together like peanut butter and jelly. You can't please all of the people all of the time and Justin Bieber's entire career over the last year has more than proved that sometimes you just get tired of trying. Sometimes you're not even trying to start something when you end up starting something and then it's up to you to figure out how to deal with the situation. When Bieber visited a Japanese shrine and posted the photo online, he didn't know he was standing at a site of an international controversy and quickly apologized when he found out. When Avril Lavigne released the "Hello Kitty" music video to cries of racism, her reaction to the controversy was to laugh it off. There are two kinds of people.

Lavigne's reaction to the criticism of her "Hello Kitty" video is the basic equivalent of saying that you can't possibly be racist because some of your best friends are black. She laughed at the outcry against her because, after all, she spends half her time in Japan and made sure to include actual, real life Japanese people in the making of this video. Nothing racist about that! Instead of addressing the problematic elements of her video, Lavigne dismissed everyone's concerns and then followed that up by plugging the video again.

Of course, she's not the only celebrity whose reaction to criticism was just cause for further criticism. She's just the most recent.

Although the whole "Blurred Lines" controversy belongs more under Robin Thicke's name than Pharrell's, Thicke has got a different controversy all to himself further down the list. "Blurred Lines" is notorious for being both a smash hit and the über example of rape culture because of its content and popularity. It's also notorious for the terrible, terrible ways in which the artists behind it tried to explain themselves. Remember when Pharrell gave an interview denying that "Blurred Lines" was sexist because it was shot by a female director? And then added, "I want to support women, but that doesn’t mean I won’t make another song where girls’ behinds are everywhere"?

Allen's music video for "Hard Out There" had many people calling her out on her internalized sexism and whether or not she was a feminist. As if her essay response to the "Hard Out There" backlash wasn't bad enough, Allen later took to Twitter to express her anger having her brand of feminism criticized — using a feminist stereotype in the process.

There are plenty of reasons why Miley Cyrus could make this list, but one in particular stands out. In the aftermath of the VMA performance that had the whole world talking, Cyrus caught criticism for a show on her Bangerz tour that featured little people as her backup dancers. Since Cyrus was in the middle of an exhibitionist stage that has yet to end, she drew backlash for parading little people around as a spectacle rather than treating them like people. Her response to the controversy just proved everyone right: "[They're] just like dancing, doing these cute moves and they’re awesome dancers like just on their own."

Eventually, one day, the world is going to have to let the "Blurred Lines" debacle go. I don't see that day coming any time soon, especially since the song just won Thicke the title of "Sexist of the Year", but eventually we're going to have to find something else to talk about. Like Cyrus and Thicke's VMA performance of the song. You know, the one with the twerking and the fellating of foam fingers? Do you think it takes two to tango? Well, Robin Thicke doesn't. Thicke blamed Cyrus for the VMA performance, which, in case he's wondering, did nothing to dispel the idea of him being incredibly sexist.

More like this
17 Years Ago, 'Hannah Montana' Reportedly Almost Cast This 'Gossip Girl' Star
By Grace Wehniainen
Selena + Chef Season 4 Was Filmed At Hannah Montana's Old Malibu House
By Jake Viswanath
An Ultimate Guide To The Music Of 'Rap Sh!t'
By Brad Witter
Demi Lovato Is Dating A Fellow Musician Who Is On A Sobriety Journey
By Grace Wehniainen
Get Even More From Bustle — Sign Up For The Newsletter