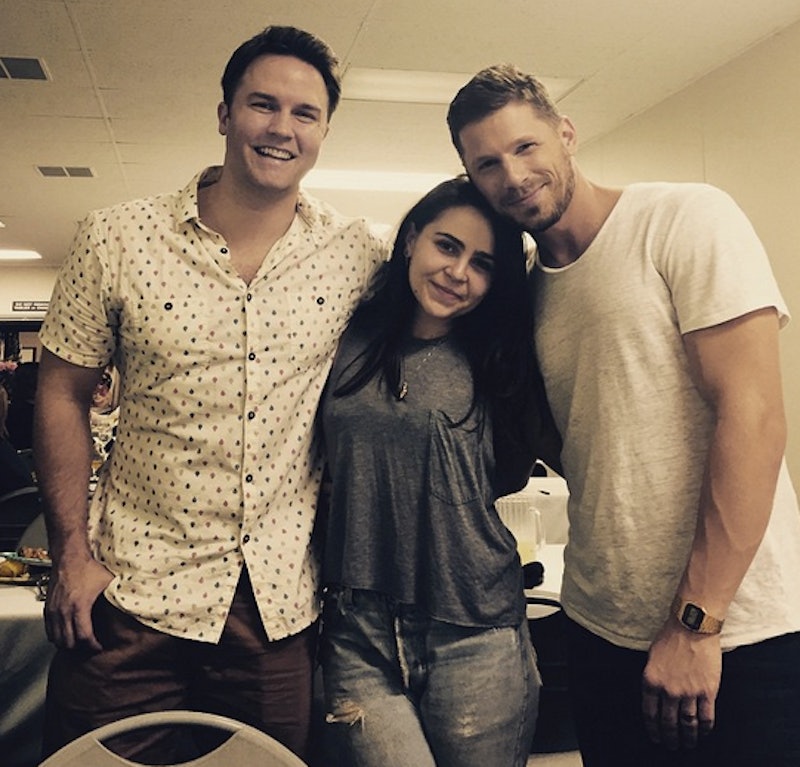 Mae Whitman is one of the most relatable, funny, and sweet actresses in Hollywood, and she proved that during her ode to Taylor Swift in our recent red carpet chat in NYC. At the premiere for her new film The DUFF on Wednesday, she revealed that her big T. Swift music video dream is to star in "This Love" with the one and only Taylor Kitsch, a.k.a. Friday Night Lights' Tim Riggins. But does that mean he's her true love? Maybe, maybe not. In a good ol' game of F*ck, Marry, Kill, I challenged her to choose between Riggins, his fellow football player Jason Street (Scott Porter), and her baby daddy Ryan from Parenthood (Matt Lauria). "You're gonna get me in big trouble. Oh my god, how could you do this to me?!" she exclaims before mulling through her answer, which she ends up answering twice after realizing we're talking about Ryan instead of Luke, Lauria's FNL character.

You'll have to watch the video below to find out how she ranked the three guys and to see her clear turmoil about whom to choose. Spoiler alert: there's a twist ending involving Street that makes life a little easier for her.

Whitman also dished about why Riggins wasn't her onscreen love interest in the Parenthood series finale. In a surprise FNL crossover, Jason Street ended up being Amber's husband in the series finale's flash forward — well, Porter playing a guy named Peter — and even though Whitman would have loved to kiss Taylor Kitsch, she thinks Peter was the right choice for Amber.

"I don't know [if they asked Taylor Kitsch first]. I didn't ask. I would assume, just because they know I'm obsessed," she says with a laugh. "But I gotta say, I'm happy that it was Scott, because I feel like Amber's been through a lot of Rigginses, and she should be with somebody like a Street. I liked the difference of that and he's so nice and sweet and straightforward. I was excited to see her with somebody else."

The big reason that she's glad Amber ended up with Peter is a little selfish... but in the best way. "But that's also because I'm sharing Riggins for me, personally," she concludes. Touché, Mae. Touché.