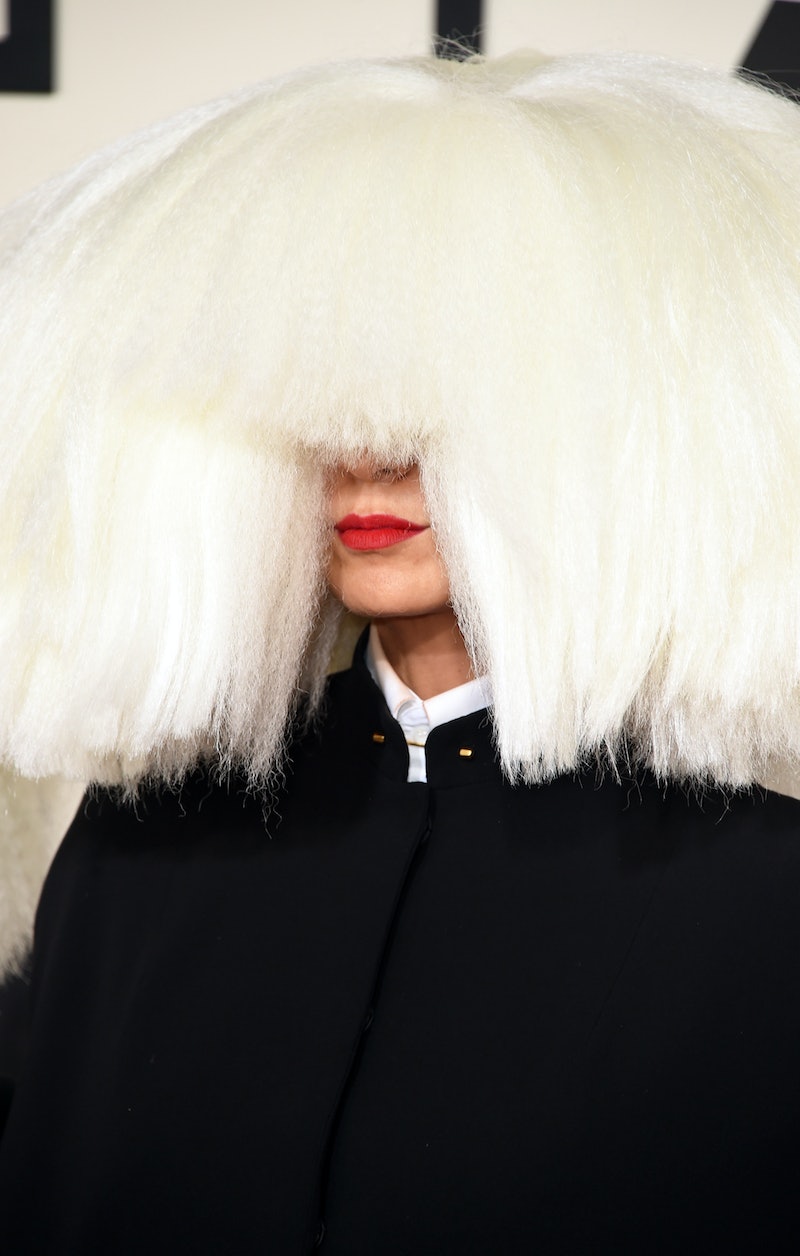 For the majority of 2014, the world anxiously awaited the moment when Australian musician Sia would reveal her face . The whole phenomenon really confused me, since a brief trip to Google images reveals plenty of photos of 39-year-old singer/songwriter who has been an active participant in music (albeit not so much in the mainstream) since 1996.

The thing is, we know what she looks like — we've always known what she looks like. Sia simply took a break from public scrutiny for a while. It's a decision that — as she expressed to Nightline's Chris Connelly — was grounded in wanting to lead a more private life. "She doesn’t show her face because she doesn’t want to be recognizable or critiqued about her appearance on the internet," as explained by The Gloss . And you can't really blame her, right? I mean, people are pretty horrible — quick to judge and offer up serious style criticisms that can totally screw with one's psyche. When you're constantly in the public eye, well, I'm sure all you want to do is find a way out of the public eye. But since releasing videos for "Chandelier" and "Elastic Heart," people have been speculating as to whether 12-year-old Maddie Ziegler had become Sia's official doppelganger/body double. At tonight's Academy Awards, Sia has showed her face once more, though. And, to be honest, it's just as I remembered it.

There is SO much to be said for this "reveal." The print on her longline coordinate set is pretty spectacular and the perfect hue to match Sia's golden locks and pointed, dark beige heels. It's kitschy and bold and definitely unlike the rest of the looks at the 2015 Oscars. Her top bun is also done to perfection, tilted slightly at the side for extra quirk. And I'm a firm believer that a woman can never go wrong with a bold, red lip. When I look at this image, I see a beautiful, talented woman unafraid of showcasing her sense of style. But I also feel an underwhelming sense of climax. Perhaps because, really, all that's happened is that a woman (and a celebrity at that) has showed her face.

That being said, I understand Sia's desire to eradicate her aesthetics from the public realm. And I kind of applaud her for doing so. When I look at this image, I see a happy smile, a rad ensemble and a woman whose elegance is emblematic of something I could only ever hope to achieve. But I also feel sad — sad that she ever felt the need to hide, just to preserve her mental or emotional health; sad that a woman's body can still be the subject of so much critique from third parties; sad that someone with so much to offer the world can ever be made to feel minimal.

I'm pretty pumped that Sia showed her face tonight — and I hope she keeps doing it. Whilst the sense of mystery presented in all her artistic work has, in the past year, been a sort of mind melt in the most brilliant of ways, I'm confident she'll keep kicking ass — even with her face in the [literal] limelight.