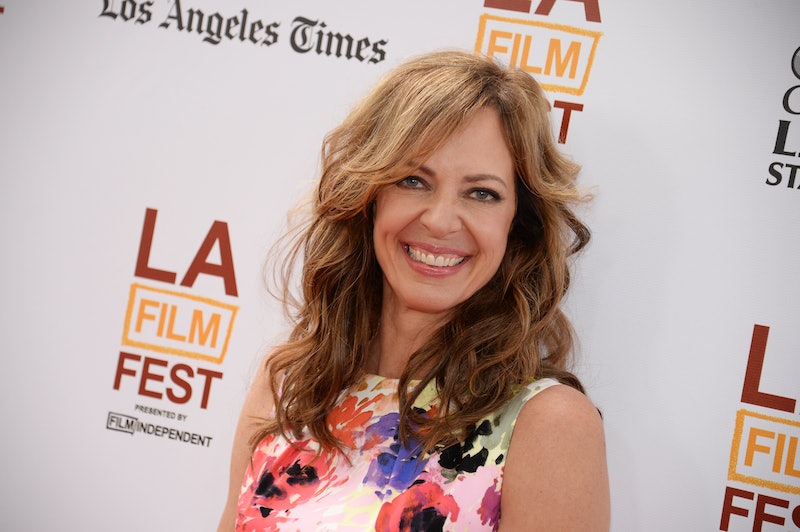 It's long been true, but The DUFF proves it for all time: Allison Janney is the best mom a teen movie could ask for. She's obviously more than a fictional mom — we're talking about the woman who played CJ Cregg, and for whom "The Jackal" will be played during her in memoriam one day. Allison Janney is sublime in everything that she does, from CBS sitcoms, to Aaron Sorkin shows, to guest arcs as repressed housewives, to one of her most often repeated stints: As the mom in teen movies. From Juno , to How to Deal , to The DUFF , Allison Janney has more than proven why it's a bad idea to hire anyone but her as the mom in your teen comedy.

There have been other good teen comedy moms, sure — Patricia Clarkson in Easy A was a winner, and Jenny McCarthy fulfilled her role hilariously in John Tucker Must Die. But for the most part you've gotta go with Janney all the way, and she's proved it over and over again.

Playing a parent in a teen comedy is often a thankless task. The teens are having emotional crises and you're pretty much just there to remind the audience that they do not live in a completely lawless land. Sometimes you get your own subplot about middle-aged romantic life post-divorce. Sometimes you just look appalled when your movie kid goes down the wrong path and/or are there to give sage advice as we enter the film's climax.

And Janney wins it every time.

In Juno she plays the title character's stepmom (married to JK Simmons), who desperately wants weimaraners, but can't have them because Juno's allergic. Poor Deb.

When Juno first tells her parents she's pregnant, Janney and Simmons work perfectly off of each other to set the tone for what Juno's home life looks like, at once stodgy and wry. Oh, and utterly midwestern.

She also has experience playing a bad mom, showing John Krasinski and Maya Rudolph how not to do it in Away We Go. It's not a teen movie, but I'm counting it because her character's story still revolves around being the mom to teens.

In How To Deal — an often overlooked 2003 teen coming-of-age/romantic comedy starring Mandy Moore — Janney plays Moore's mom, a woman trying to get over her divorce.

In Struck By Lightning with Chris Colfer she's (you guessed it) a bitter divorced mom.

And in The DUFF, Janney plays another familiar role: Whitman's mother, an inspirational speaker who wants her daughter to dress like Hillary Clinton and who's experimenting with online dating.

And yet, despite having seen Janney in these roles, I'm not tired of her. Do I wish she had more to do every single time? Damn straight. But it's clear: Let it be known that Janney is officially the ultimate teen movie mom.