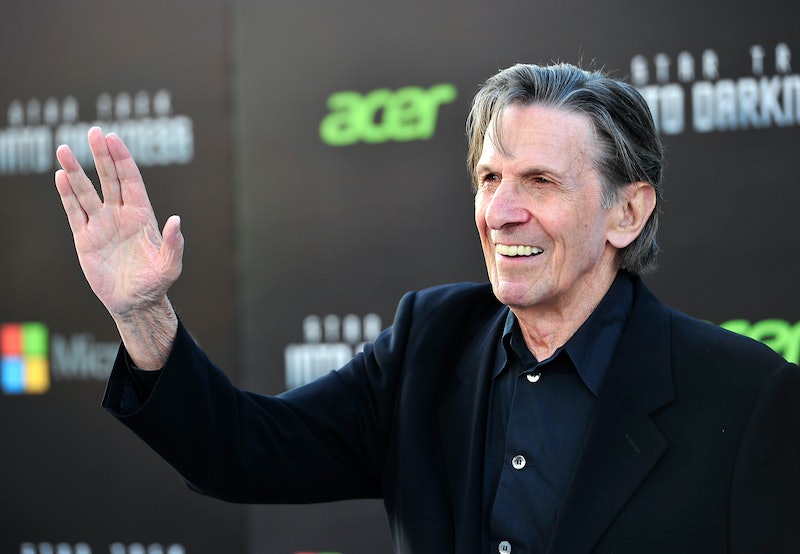 In tragic news Friday, actor Leonard Nimoy, who portrayed the legendary Mr. Spock on the original Star Trek series, has passed away. As devastating as this news is, fans can surely take comfort in the fact that Nimoy definitely made the most of the time he had in this dimension. He lived long, he prospered, and, like Spock before him, he was filled with bastions of wisdom that he can pass onto you in your time of need.

If you're ever feeling low on fuel and defeated, take heart in knowing that Nimoy seemingly loved every second of his life, and deeply believed in putting out positivity. To be fair, very few of us get to be massive pop culture icons, and I'm sure that helped with his demeanor. But even if you're not a beloved television character, Nimoy had some words of advice and world insight on how to make every second of your existence count. Take them to heart. It's what he would have wanted.

So if you can put down the tissues for a second, allow us to help you out. Here's 6 of Nimoy's most inspirational platitudes on life, authenticity, artistry, loving others and most importantly, loving yourself.

1. "I think it's my adventure, my trip, my journey, and I guess my attitude is, let the chips fall where they may."

Nimoy lived a laissez-faire existence, and like his Star Trek counterpart, he was willing to sit back and see what the universe offered him. The universe, thankfully, was very generous. So try not to sweat the small stuff, take a few adventures and maybe, just maybe, the universe will reward you, too.

This one's about acting, but it can be applied to any sort of creative endeavor. Embrace the madness, even if you're unsure where it'll lead you.

3. "When you think of people who are truly great and who have improved the world, you can see that they are people who have realized they didn't need popularity because they knew they had something special to offer the world, no matter how small that offering seemed."

Nimoy recognized the virtues of being different, and realized that you can rise above it by realizing you're a truly unique individual that has something to contribute.

Spread positivity and kindness, and you'll receive it in return.

5. "I'm touched by the idea that when we do things that are useful and helpful—collecting these shards of spirituality—that we may be helping to bring about a healing."

Similar to the previous message, reinforced to assure that any small act of kindness alleviates other people as well.

6. "Now, there's a little voice inside of each of us that tells us when we're not being true to ourselves. We should listen to that voice."

Don't pretend to be someone else, wear your pointed ears proudly.