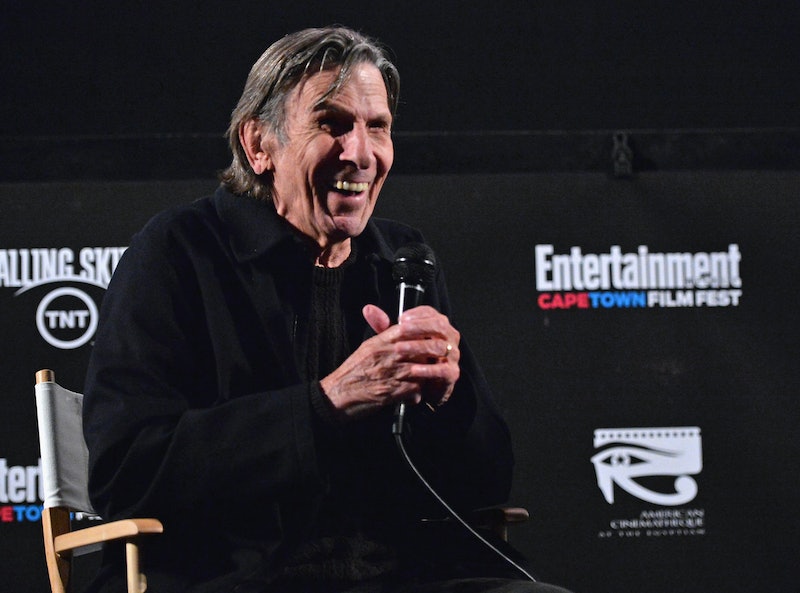 Few film or television actors have as rigid an association with their screen roles as Leonard Nimoy did with Spock. So synonymous was Nimoy with the Star Trek character that he was driven to pen two memoirs about this ubiquitous connotation: I Am Not Spock in 1975, in which he rejected the assignment of the USS Enterprise science officer to his identity, and I Am Spock 20 years later, in which he made peace with this unavoidable fate.

Although Nimoy himself came to appreciate the marriage of his name with that of the perpetually logical half Vulcan, his work outside of Star Trek should be nonetheless not allowed to fall by the wayside of our memories. Nimoy was a frontiersman of science fiction, imbuing not only the Gene Roddenberry franchise but films, programs, and TV movies with the gravitas and mystique demanded by the genre.

Beyond sci-fi was Nimoy ever still a power player. In drama and comedy, his charms and humanities glowed. And what’s more, he showcased a knack for cinematic prowess behind the camera: as a crafter of story, a screenwriter, and a director did Nimoy exhibit talent, creativity, and boundless wisdom. Here are just a few of his finer moments outside of the Star Trek universe…

Invasion of the Body Snatchers

Following the conclusion of Star Trek: The Original Series but prior to the release of the first feature film, Nimoy transplanted his alien expertise to Invasion of the Body Snatchers, playing a respected psychiatrist (and the only human being with his head screwed on straight).

Long after the conclusion of his Star Trek days, Nimoy still reveled in strong small screen sci-fi, enjoying a number of episodes as Dr. William Bell, a biological scientist and regular ally to the central characters’ exploits… though sometimes he’d show up in the most unexpected of forms.

Nimoy delivered a galley of impressive theatrical performances, not the least of which being in 1981’s Vincent (which he himself penned and directed as an adaptation of Phillip Stephens’ 1979 original).

Reuniting with fellow Enterpriser William Shatner, Nimoy gave a joyfully energized performance in a guest spot on T.J. Hooker, in an episode that he also directed.

A lover of great literature (and as talented a voice actor as he was a live performer), Nimoy donned the dual roles of Dr. Jekyll and Mr. Hyde in the animated tribute to classic novels The Pagemaster, introducing a new generation of children to the voice once held synonymous with Spock.

But no greater animated depiction of Nimoy could there ever be than that on the classic Simpsons episode, “Marge vs. The Monorail.” Nimoy parodied his Star Trek character and his own celebrity as a fictionalized version of himself halfway delusional and surprisingly useless in the crisis newly befalling the town of Springfield. Good sport Nimoy would return several seasons later for the series’ X-Files send-up.

Three Men and a Baby

Nimoy’s directing prowess is best documented in the forms of the third and fourth Star Trek films, but the versatile artist also helmed this particularly memorable screwball comedy from the late 1980s — a charming little number that could never be reproduced in today’s backdrop of cynicism.

How could we possibly pay due tribute to Nimoy without recalling his greatest non-Star Trek contribution to pop culture? The original musical tribute to the iconic J.R.R. Tolkien character, Bilbo Baggins. In this lovely little number, you find the same earnest authenticity that coursed through Three Men and a Baby, his Simpsons self-mockery, every one of his literary embodiments, and, of course, Spock himself.