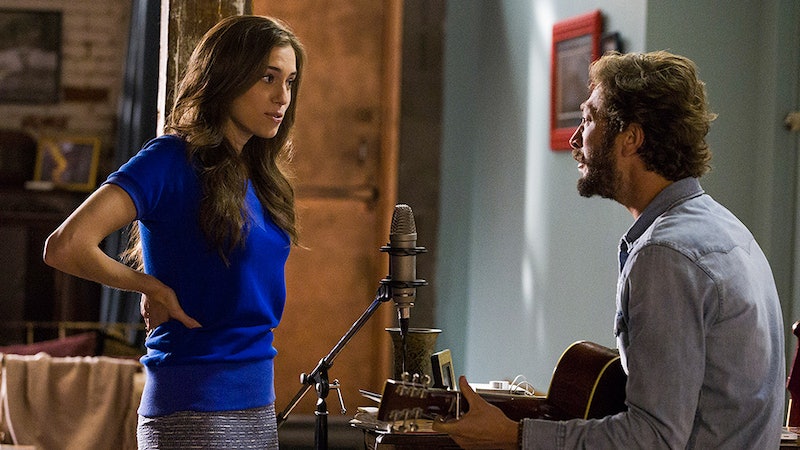 No matter what number relationship you happen to be on, you can always look forward to learning from your mistakes and always moving on to better and more satisfying relationships. But there's a big jump in quality between your first and second serious relationship — and here are the 10 reasons why.

1. You’ve Learned From Your Mistakes

Whether it was little stuff — (like why you should never start an argument with your honey after you've been drinking) — or bigger stuff —(like how you should always go with your gut instinct when deciding where the relationship is headed )— you've learned from all the ways you screwed up in your first relationship. And these lessons are things that you'll take with you and put into action next time.

2. You Have A Better Idea Of Who You Are (And What You Want)

This applies no matter how old you are, but is particularly relevant if you had your first relationship when you were young and not really sure of who you were. If your first serious relationship took place when you were in high school and your second is in college, just think about how much you evolved as a person in those few years. The way we approach things at 18 is completely different from the way we approach them at 21 — the older we get, the more self-aware we get, and the more self-awareness we have, the better our relationships will be.

During your first relationship, you may have been willing to give up at the first sign of trouble, like a small fight, or some very basic miscommunication. By the time you reach your second relationship, though, you're usually less willing to end a relationship over small things, because you have learned the value of working through issues instead of just giving up. You've learned that there are no shortcuts in relationships, and if you value you what you have with your partner, the best course of action is to just deal with it.

Researchers have found that brain development continues well into our 20s, which means that with each passing year, we become more mature, and more the person we're supposed to be. Maturity plays a key role in successful relationships, because our maturity level correlates to how well we treat ourselves and others.

Once you've gone out into the world a little bit, you have a better understanding of how things (and people) work. You realize that life isn't always easy, people can be challenging, and your childhood ideas of what love is are just a fairytale that Hollywood has shoved down our throats. When you've been around the block you learn that relationships need a lot of work — and that there's nothing wrong with that.

6. The Sex Is Better

Sex is one of those things where there truly is nowhere to go but up. Whether you're having sex in your second serious relationship, or just your second one-night stand, it'll be better than your first, simply because you've had a few more chances to work out how to do things, and figure out what you do and don't like. And this improvement doesn't plateau in your second relationship — on the contrary, sex, on the whole, gets better as you age and mature.

One of the big mistakes many of us make in our first relationship is not communicating properly. Which makes sense — it's really hard to put yourself out there, or even know how to put yourself out there, when you're new to the whole relationship thing. You don't yet fully understand just how essential it is to be able tell your partner your inner most thoughts, or to really keep the lines of communication open — because romantic relationship communication is so different from the ways you communicate with family, friends, or anyone else you've been close to before this point.

In relationship number two, we have the advantage of not just knowing what we want from our time with our partner, but knowing how to ask for it, too.

In a second relationship, honesty trumps the kind of lying or selective truth-telling that initially seems to make a relationship run more smoothly, but ultimately destroys it.

9. You Have A Better Understanding Of What Commitment Means

The best thing about your second serious relationship is that what you settled for during the first round just won't fly this time. Your standards and expectations for yourself and your partner are way higher than they were in your first relationship — which is exactly how it should be.