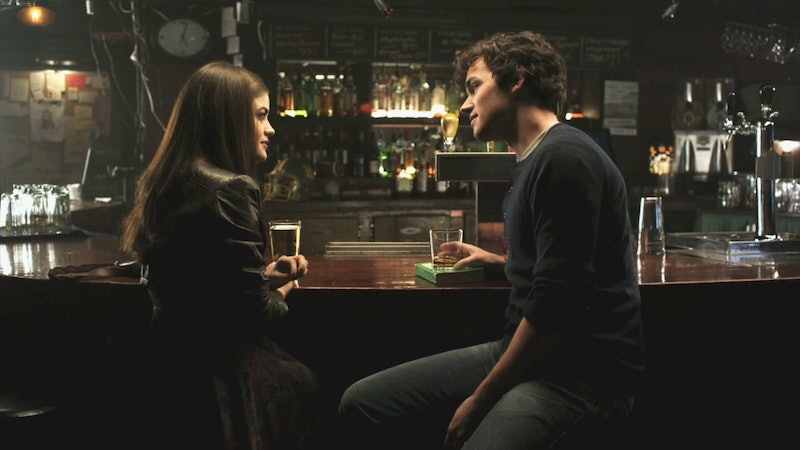 As great as it is to be a fan of this magnificent couple, there are many problems that Pretty Little Liars fans who 'ship Ezria face in their day-to-day lives. In some ways, even 'shipping Ezria basically makes you a borderline masochist — because for every sweet moment they've had, there's twice as much struggle. But long before the days of Haleb being the perfect couple, the Pretty Little Liars 'ship to beat was Ezria. And even though they may be off-again for now, their fans are standing by them to the end.

Being a fan of a potentially doomed couple doesn't come without its challenges. Over the course of loving Ezria, fans have watched them break up, cheat, break the law, and both have been suspected of being A on more than one occasion. That's a lot to put up with and fans of the 'ship have definitely been put through the wringer. (I still remember the first trick reveal that Ezra was A back in Season 4, and I felt like I was actually going to be sick.)

But as strange as it may be to love a couple whose relationship started out as creepy as it did (Ezra was Aria's teacher!) that hasn't stopped the couple from amassing a ton of fans who know exactly what it's like to deal with these 11 Ezria struggles.

Worrying That They'll Never Be On the Same Page

Lately it seems like when Ezra wants to try, Aria doesn't, and vice versa. Their relationship can only work out if they both want it to happen at the same time. All the missed communication is so frustrating to watch!

Getting Mad When They Blame Each Other

The big thing this season was that Ezra was worried his relationship with Aria caused her to miss out on her high school years — in fact, it's actually what lead them to break up (again). But in actuality, Aria missed out on a normal high school experience because A was making her life miserable at every turn. But, sadly, the two are in denial about how good they are for each other and they stopped trying again.

Everything About Ezra's Book

For the first portion of Ezria's relationship he was just using her to get background on Alison for his creepy mystery novel. It took both Aria and Ezria fans a long time to get over that one.

Trying to Explain to Their Relationship to Other People

"I mean, yeah, he was her teacher. But you don't understand! Aria's really mature and they're perfect together!"

Worrying That Everything They've Been Through Will Be For Nothing

If at the end of all this Ezria isn't endgame it will have made all the years of suffering totally not worth it. That's too cruel a fate for them and their fans.

Getting Jealous of How Perfect Lucy Hale & Ian Harding Are

Why can't Ezria get along as well as these friends do in real life?

Spending Hours Looking at GIFs of When They Were Happy

*Sobs* They just loved each other so much.

The Constant Fear That They'll Break Up

They've been so on-again off-again so often that even when things are going well for them, Ezria fans are worried that at any moment the other shoe will drop.

Finding Yourself Wishing For the Problems of Old

Remember when the worst thing Ezria was dealing with was Aria's parents being mad? Good times.

Spending Too Much Time Thinking About Finding Your Own Ezra

"Like, this guy I'm seeing is nice. But would he take a bullet for me?" Ezra set the standards pretty high.

Worrying That One Of Them Is A

As much as I love Ezria there's a real chance one of them is A. After all, when they're together A rarely messes with them and Ezra's been super shady ever since his whole book thing was revealed. Is he Varjack? Has Aria been A all along? Is the reveal going to ruin Ezria forever? I don't think my 'shipper heart can take much more. But at least I'm not alone, because even when Ezria lets you down, the fandom never will.