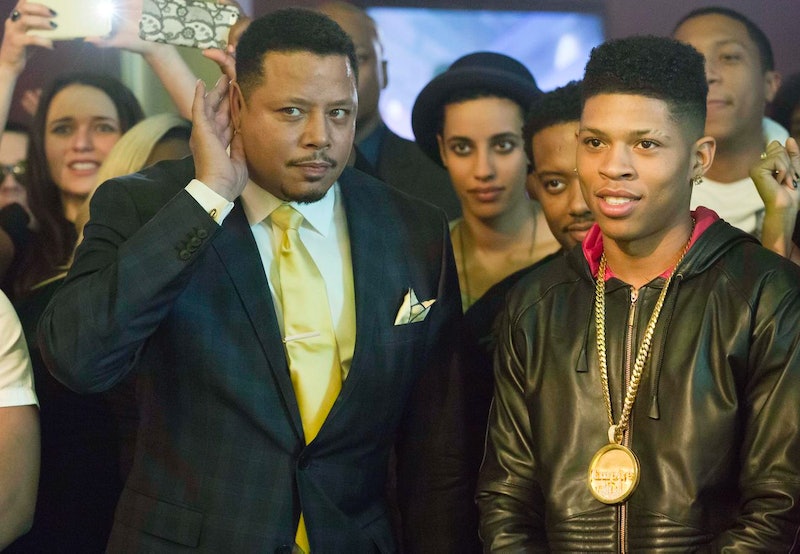 Well, that was exhausting. It's not like a typical episode of the Fox drama is particularly calm, but Empire 's two-hour season 1 finale on Wednesday night was crazier than anything viewers had previously seen on the hit show. Everything from celebrity guest stars to shocking murders to game-changing misdiagnoses (seriously, writers?) was packed into the two back-to-back episodes, and if you're still coming down from the rush an entire day later, trust me: you're not alone. Last night was insane.

Unfortunately, though, the excitement over the wonderfully bananas finale will wear off before long, and soon, we'll all come to the depressing realization that Empire has come to an end, at least for now. There won't be any new episodes of the series for another six months at the earliest, and it's a testament to the quality of Empire that no other series currently on TV will be able to fill the major hole that it's leaving.

Still, a girl needs something to get her through the next however many Empire-less months, and it's certainly not re-playing "Drip Drop" over and over; here are seven better ways Empire fans can pass the time until Season 2 eventually premieres, right after a drunk Season 1 recap that will make sure you didn't forget anything during the hiatus.

If you wondered how Terrence Howard and Taraji P. Henson had such good chemistry on Empire, look no further than Hustle & Flow, the 2005 Oscar-winning drama starring the two actors as romantic interests. In a lot of ways, the two projects are actually pretty similar; there's secret love, shady business deals, and some ridiculously catchy hip-hop music.

This might only apply to like, two of you, because apparently everybody in America has already bought the soundtrack to Empire season 1. The album is currently the #1 hit in America, having beaten out Madonna (!) to take the number one spot on the Billboard 200 chart. If you're one of the few who hasn't given it a listen yet, now's the time.

Sure, FOX premiering a new show starring Terrence Howard kind of feels like AMC throwing us Low Winter Sun after Breaking Bad (in other words: unnecessary and unwanted), but the mystery drama does have some potential. It stars a great cast (Howard, Matt Dillon, Melissa Leo, Juliette Lewis), has an interesting premise (a Secret Service agent investigates the disappearance of two colleagues), and although M. Night Shyamalan is producing, someone else is taking over day-to-day duties. This could just work.

If you go through them fast enough, it's almost like you're watching Empire!

Go To The Empire Concert Tour

Sure, it hasn't been confirmed, but who really thinks FOX is going to say no to the money it'd make off a summer concert tour featuring the breakout stars of its most popular new show? Word to the wise: when dates are inevitably announced, get your tickets ASAP. These are gonna sell out faster than a night at Leviticus.

Sure, you probably don't own her fur coats and leopard-print bathrobes (although if you do, more power to ya), but that doesn't mean you can't incorporate Cookie into your life all the same. Nothing boosts the self-confidence more than calling all the shots and telling your enemy she's "Boo-Boo Kitty."

Don't deny it. You know it's going to happen at some point. Might as well get it over with now, even if it does mean you'll be spending the next six months wondering why "drip drop, drip drippity drop" is constantly stuck in your head.