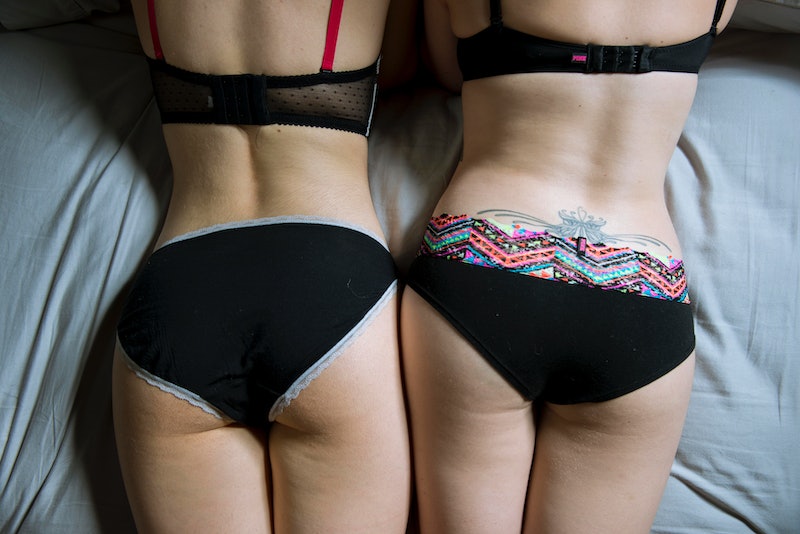 Will it even feel good?

Won't it hurt too much?

It's true that, unlike the vagina, the anus doesn't naturally lubricate, making it harder to stick something in there without causing pain, discomfort, or tearing. But fear not, because it's 2015 and, therefore, time for you to start incorporating more lube during sex! Lube is awesome because it decreases friction during sex and can be used to make it easier to interact with the anus, vagina, or any other orifice you want. You can put lube straight onto your hands, genitals, or anus if you're planning on just using fingers, or you can slather it onto a toy if that's your thing. Be careful with lube and toys though, because some lubricants can interact with and corrode some sex-toy material. Check out this nifty chart to brush up on your lubricant knowledge.

Won't there be poop involved?

Now, how do I talk to my partner about it?

Think back to the first time you told your partner about something you wanted in bed that maybe varied from your normal routine or had the potential to throw her off a little. How did you ultimately do it? Did you just slip it into conversation casually or discuss it as its own thought? Did you do it over text or in person? Was the conversation full of eye-contact or did you just stare at her boobs? Use whatever method you're comfortable with to broach the subject and bring about a straightforward discussion about it.

The first time I wanted to tell my first partner about one of my kinks, choking, I actually waited until we were mid-sex, in the fiery throes of passion when seriously anything goes. When I told her what to do to me, she paused every-so-briefly, asked me if I was sure, and went for it. As it turned out, she enjoyed doing it and I enjoyed how it felt, and after two incredible orgasms, I curled up in her arms and we had a conversation about whether or not it was OK, what my limits were, how I would let her know if she had crossed them, whether she wanted me to try it on her, and why I enjoyed it so much.

If you don't feel comfortable doing bringing it up for the first time in person, there's no harm in sending your partner a text, Facebook message, or gif of Tina Belcher being really into butts. But whatever forum you choose, be explicit about your desires as to avoid confusion and frustration, and always open up the floor for her to contribute, ask questions, or discuss more.

In the great words of Dr. Doe, "the anus is just like any other part of the body that deserves exploration and attention." Don't leave that little lady on her own without any love.

More like this
The Best Time To Date After A Breakup, According To Experts
By Bustle Editors
The Top Mistakes Scorpios Make In Relationships (& How To Avoid Them)
By Nina Kahn
Are Quality Time & Physical Touch Love Languages Compatible?
By Lexi Inks
Expert Tips For Being On Top When You're Plus-Size
By Lexi Inks
Get Even More From Bustle — Sign Up For The Newsletter