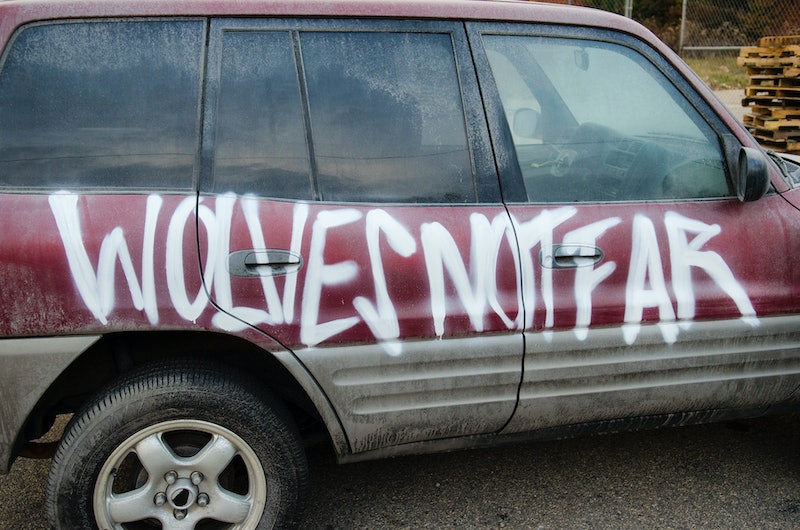 I know it seems like The Walking Dead just ended, but the cast and crew are getting ready to start filming new episodes and you know what that means — spoilers! What do The Walking Dead spoilers for Season 6 tell us? What's going on with the Wolves and their crazy Walker dance parties? What will become of the Alexandria Safe-Zone after the major power shift? Will Rick Grimes get promoted by Deanna? Will someone else take over? Will they all be banished and have to hit the road again?

Season 5 ended in a relatively quiet way that was, in my opinion at least, befitting the atmosphere of the Alexandria Safe-Zone. The threat was human, and the outcome was human. The biggest shock was Morgan, who was searching for Rick Grimes to become a type of savior, discovering and reuniting with his friend in the middle of a public execution. Glenn was pretty badly wounded, and most of the characters are still in a pretty poor mental state and are having difficulties adjusting to what seems like a normal life in the gated suburb.

While the season finale didn't give us as many shocking deaths or grotesque twists as Here's everything we know about The Walking Dead Season 6 to get your theory cogs turning before the AMC series returns this fall!

Casting calls for Season 6 are out and we've already gotten word of two new characters. The first, as reported by TV Line, is an African American in his 20s named Delvin.

The [...] cynic is left so dumbfounded by displays of stupidity that it’s nearly impossible for him to admit that he thinks, down deep, people are — or at least can be — decent. Even if they’re idiots.

The second casting update comes from E! Online about a guy named "Tucker, a hardworker tough guy who values fairness." That's so vague and general that, call me crazy, I'm willing to bet right here and now that this Tucker is a Wolf and a bad guy.

AMC released this interview with the cast and crew regarding the next season of The Walking Dead. They don't have much to give away. Scott Gimple reminds us that the show becomes completely different every eight episodes. Co-Executive Producer Denise Huse asks "what happens when the Wolves come knocking at the door" which strengthens the Wolves are the Scavengers theory from the comics. Other than that, we can't glean too many details.

Robert Kirkman has confirmed that Morgan's reunion with Rick will be a big part of Season 6. This is exciting, as actor Lennie James has already gotten me excited about Morgan's backstory that turned him from a crazy loner to a peaceful stick-carrier.

I feel like the second we as fans decide that AMC's The Walking Dead has decided to ignore the comics and keep Glenn alive that he's doomed. Steven Yeun insisted in a panel that if and when he dies, Glenn's death will be poignant. For some reason, I don't find that comforting!

The show laid the groundwork for the Wolves throughout the back half of last season, and I have a feeling they won't go the way of Terminus — the Wolves are here to stay.

In an interview with The Hollywood Reporter, Norman Reedus described this group of survivors as "a whole bunch of Daryls gone south" whose traps are nowhere near as cowardly and dishonest as the Terminus cannibals.

For a good while now, humans have been the bigger threat. At the start of our next season, that will change.

That's what showrunner Scott Gimple teased on the finale episode of The Talking Dead. He brings up a very good point, however the fact that the Walkers aren't the biggest threat on The Walking Dead has always been one of my favorite things about the show. I love watching characters lazily killing zombies like it's nothing, yet being unable to carry out a basic human interaction because of the post-apocalyptic world they now live in. I hope the show doesn't lose that edge in order to give us more zombies.

Now that these characters know they have what it takes to survive, what are they going to do with that power? How will they choose to live? Beyond answering those questions, we’re currently putting into motion some of our most ambitious stuff yet, and things are going to get very big, loud and scary.

If we want to dig into the comics, this could suggest a storyline in which a herd of the undead attacks the Alexandria Safe-Zone. It's a major battle from the source material, and would definitely bring the Walker threat back to the forefront.

Unless, of course, Gimple is planning on making escaped zoo animals or something the bigger threat of Season 6. That would be a twist! I'll be here waiting until we learn more.