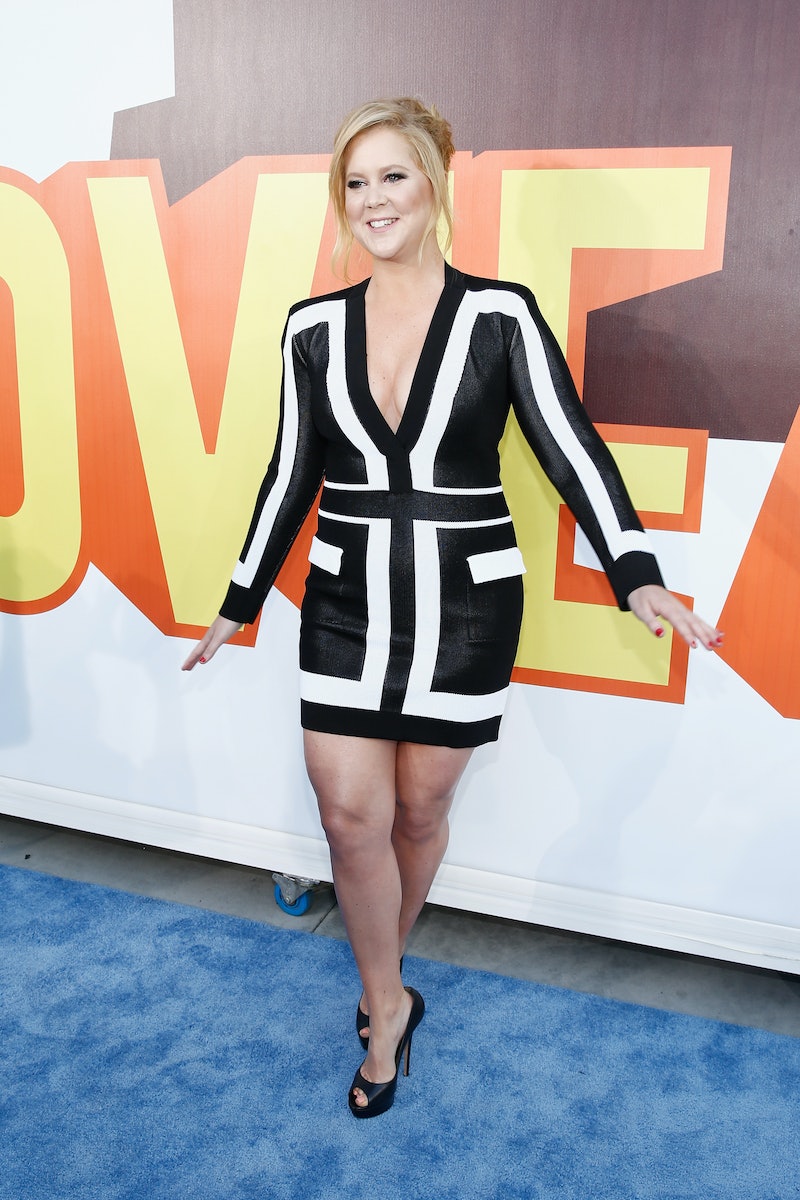 As I'm sure you've seen by now, Amy Schumer hosted the 2015 MTV Movie Awards on Sunday night. During the gig, Schumer threw a lot of outrageous, sex-related jokes into the mix, and honestly, not all of them worked. Amy Schumer's Fifty Shades of Grey skit, though? Now that couldn't have been more perfect — and was reason alone to tune in to the awards on Sunday night.

By the end of the skit, all kinds of women leave the theater with their various unconventional tools — phallic-shaped veggies, a washing machine... you know, the regular. It was funny and real at the same time, and it didn't make me want to cringe like Schumer's joke about Latina women and relationships did earlier in the evening. Not only was the whole thing funny, it was amazingly sex-positive as well.