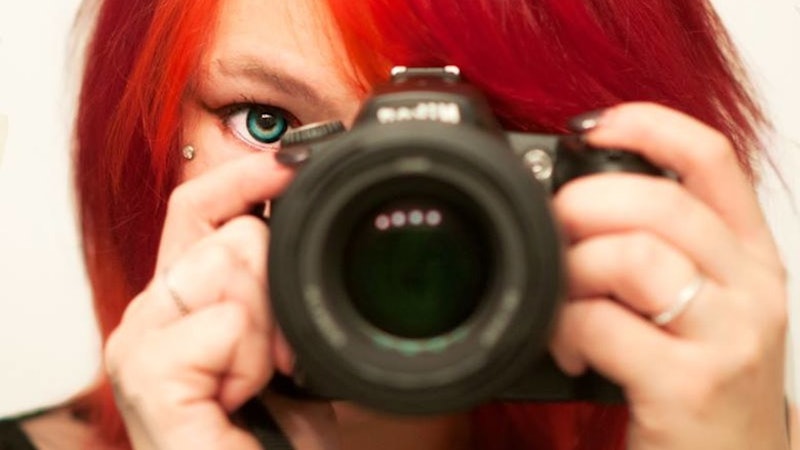 Often, the internet isn't a very nice place. It can be a place where the most aggressive, callous, and hateful among us have room to endlessly roar. That's a phenomenon that a number of critics of sexism in the video games industry have encountered lately — whether you're a vocal tech feminist and game developer, a high-profile feminist pop-culture critic, or even just an average person. Which is precisely why Zoe Quinn attended a Congressional briefing on online harassment Wednesday — to raise awareness about the scourge of threats and cyberstalking.

If you're not familiar with Quinn's story, you should be. Not just because she's been embroiled in the muck of #GamerGate since last August (it was a grossly invasive blog post by Quinn's ex that essentially triggered GamerGate, at least as it's now known). Rather, because she's an exciting, insightful, and awesome game developer who makes things that can help people. That sometimes gets lost in these kinds of stories, which has the sad effect of allowing harassers to set the narrative. So remember that: these women are admirable and exciting professionals in their fields, and deserve to be viewed as such. Not just as victimized avatars of How Bad It Is, and How We Could Do Better.

That said, with her life pretty fundamentally changed (she told Ars Technica last month that her old life "is over"), it's clear that Quinn's made combating internet harassment and society's laissez-faire attitudes around it a top priority. In addition to launching a support hub for victims of harassment, threats and doxxing — Crash Override Network, it's called — she participated in the Congressional briefing Wednesday.

Sadly, there isn't any full video of the briefing available — as noted by Polygon, the event was live streamed on Periscope. It's not clear whether there's a full recording that'll go up at any point, but I sure hope so. You can take a look at Quinn's introductory statement here. An excerpt:

When thousands of faceless strangers have set their sights on you, every aspect of your life is bombarded and prodded until who you were before is gone, and your life becomes almost unrecognizable. The girl I used to be used to sit down and check her email at work, and get the occasional fan letter, business correspondence, and spam email. These days [it's] death threats and graphic fantasies about raping me, often accompanied with my home address and proof that the sender has everything they would need to carry through on it.

Quinn spoke with Bustle last year about the toll that GamerGate has taken on her, and her now-realized plans to helm a support system to help other victims. Her ex's inciting screed against her went live on Aug. 16, 2014, meaning it's been nearly seven months of all this for her — she wrote about this heartbreakingly in a blog post earlier this year, titled "August Never Ends."