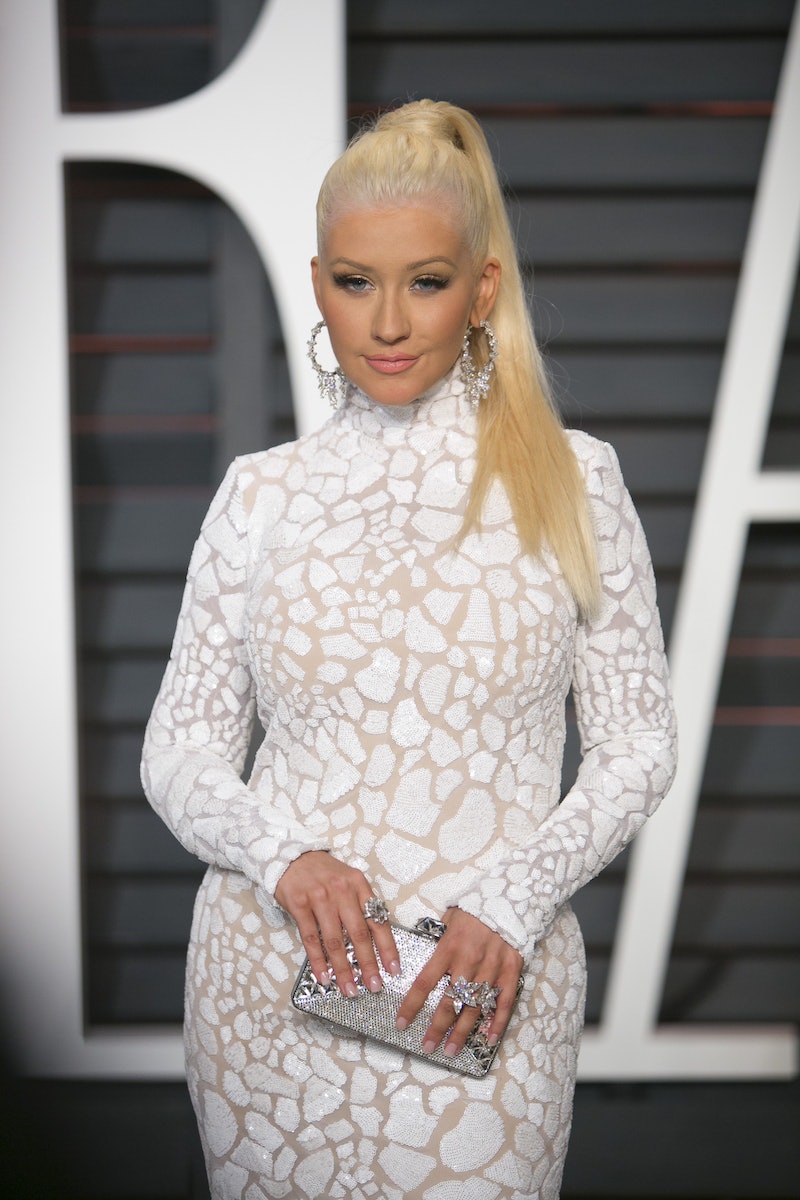 Let's face it: It's not always easy being a Christina Aguilera fan. With her international acclaim and Rolodex of smash hits, we Xtina admirers find ourselves constantly running to her defense, as the singer has faced a barrage of scrutiny since first gracing radio airwaves. My Xtina fandom stretches all the way back to her late '90s debut as a solo artist with the release of "Genie in a Bottle." The platinum blond pop songstress not only made her mark on the music industry by showcasing inimitable pipes, she also proved herself to be a strong, fearless role model for women. Xtina has never been afraid to assert her beliefs and speak her mind, regardless of what opposition those thoughts may be met with. The hit-maker has come under harsh — and extremely unfair — scrutiny for things ranging from her opinions, to her hairstyles, to her weight, and even whether or not she should continue to remain a fixture on NBC's The Voice.

All the while, Xtina has maintained her confidence and continued to spread messages of positivity and self-love to fans around the globe. As confident as Xtina is in herself, I'm going to display some confidence of my own by combatting 11 things I have personally been told that you should never, ever say to an Xtina fan.

A lot of people (i.e., haters) have pitted Xtina against other female heavyweights in the pop industry for no reason other than to spur rumors. In reality, the singer has been a great proponent for other women making their mark in music. Once alleged to be rivals with Lady Gaga, Xtina adequately put that gossip to bed by teaming up with the pop songstress in an epic rendition of Gaga's hit "Do What You Want" on The Voice.

"She doesn't put out any good songs anymore."

For one, whether a song is "good" or "bad" is completely subjective. Xtina has never been afraid of taking risks and — even when those risks didn't lead to phenomenal record sales — plenty of fans found those tracks to be amazing.

"Why can't she keep dressing the way she did during 'Back to Basics?'"

We all loved Xtina's retro style during the promotion of "Back to Basics," but — remember — this woman has always been an innovator. She can't be pigeonholed into one type of glam, or even one decade.

"I hate when she does all those vocal runs. Can she just sing normally, please?"

I'm sorry that Xtina's impeccable range upsets you. Perhaps next time you hear her showcasing those stellar pipes, you can simply turn the volume to "mute."

If the movie Burlesque has taught us anything, it's that Xtina can rock some killer dance moves.

"Britney Spears is so much better."

Um, what does Britney Spears have to do with Xtina? Oh, I get it — they're both pop singers with platinum blonde hair, so of course they're completely comparable. If you actually listen to both singers' albums (and I've listened to albums from each several times over), you'll notice that they actually aren't all that similar other than that they both happen to land in the same genre of music.

In my humble opinion, "Genie in a Bottle" is one of the greatest 1990s pop anthems in existence. That being said, Xtina hasn't sold millions of records, sold out stadiums, and garnered a star on the Hollywood Walk of Fame for being a one-hit wonder.

What exactly do you hate? Is it her enthusiasm? Is it her honesty? Is it her Rolodex of fantastic outfits? I'm failing to understand your logic, here.

You're going to have to be a little more specific than that. A constant chameleon of the coif, Xtina's hairstyles change constantly. I, personally, have yet to find one that isn't the epitome of fabulousness, but if you have an issue with her hair I suggest you wait a few minutes until she dons one that suits your tastes.

"She wears too much makeup."

Xtina has frequently stated that she enjoys having fun with her hair and makeup. Her face is a canvas made for gloriousness via a confection of eyeshadows and glosses. She's beautiful, darn it!

Excuse me? Xtina has been acting since she was given a role on The Mickey Mouse Club and has since showcased some impressive acting chops with Burlesque and a guest stint on Nashville. The woman is basically a trifecta of talent — singing, dancing, and acting. Add to that the fact that she is an avid fan of charity, proud mother, and daring fashionista, and you can certainly understand why her fans often refer to her as a "queen."