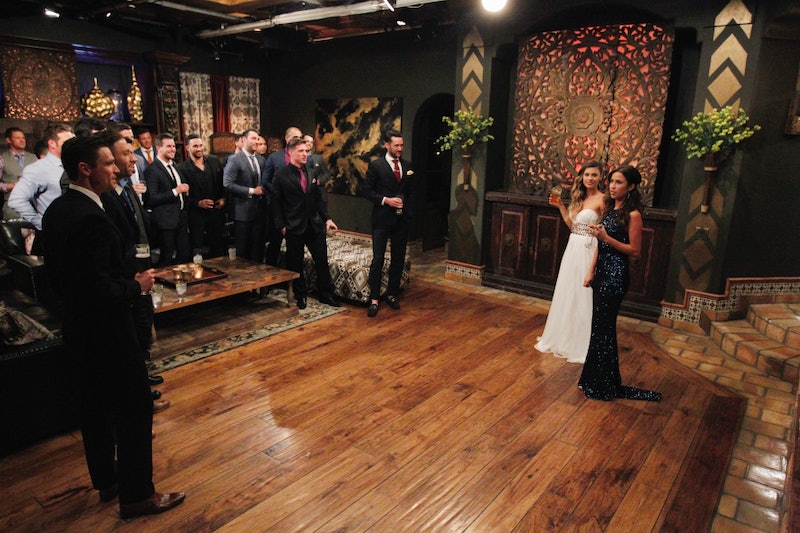 I hope you've all been girding your loins, because The Bachelorette is officially upon us. It's sure to be the most extreme hot mess that television has ever seen, and I'm almost excited to how ungracefully Chris Harrison is going to handle Kaitlyn Bristowe or Britt Nilsson's exit, because really, I don't think it can be any more awkward than dismissing a girl from the same show twice in a matter of months. Anywho, for those of you who can't plop your butts down on a couch and glue your eyes to the boob tube (SUCH an underused name for TV, by the way), fear not: There are plenty of ways to stream The Bachelorette. You can watch it on ABC.com (so long as you're subscribed to one of their affiliated service providers), the WATCH ABC app, by buying an episode on iTunes, or streaming on Hulu. See? Plenty of choices for those of you who won't be able to watch it live or on an actual television. You lucky gooses, you.

And seriously, guys, you're not going to want to miss the madness of the season, so do whatever you need to do to stream these episodes. If you need convincing, here are seven things you simply cannot miss this season on The Bachelorette.

This is an actual thing that will happen during the season premiere and if you miss it you'll regret it today, tomorrow, and the rest of your life. On a semi-related note: How expensive do you think the Halloween costume version of this situation would be?

An Explanation Of What A "Junkyard Specialist" Is

I feel like, even when we finally get an explanation as to what a "junkyard specialist" is, I still won't understand it.

You just know that this is going to come up on a group date at one point or another. Like, one of the guys will see the Bachelorette kissing one of the other dudes, and Shawn E will just come up and console him, "Don't worry, young grasshopper, your time will come." Then he'll bestow a puka shell necklace upon him in the spirit of sexy times.

I would seriously pay for him to be my personal therapist and/or love guru. Also, if Chris ever ended up as the Bachelor, I would audition so hard.

I still haven't entirely decided who will be this season's resident looney toon, but my money's on Tony. Mostly because anyone who voluntarily describes himself as a "healer" is trouble in my book.

If you need me at any point during the premiere, I'll be in the corner cringing.

The Return Of Jimmy Kimmel?

The best of episode last season was BY FAR the Bachelor episode when Jimmy Kimmel came to visit. I might even go so far as to say that no other episode of the show will ever compare, and that Jimmy should come on as a full-time consultant for the show.

See, now aren't you glad I solved everything for you?