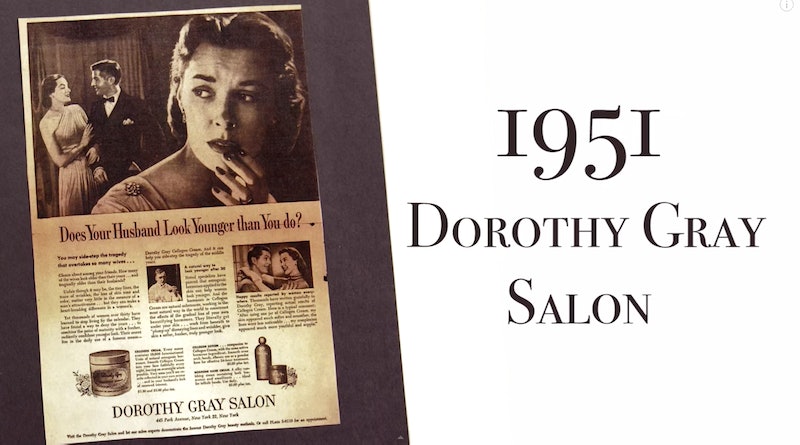 We often like to think of the past as a bygone sea of sexism and the present as a slightly sexist but still vastly better and more enlightened place — and in some ways, that's true. But as the BuzzFeed video "Women Review Sexist Vintage Ads" points out, the 21st century isn't nearly as different from past decades as you'd think. I mean, yes, things were incredibly sexist back then, but when you get down to the bottom of the whole thing, have ads — or anything else — really changed all that much?

In the video, modern, 21st century women look at ads from the 1950s through the 1970s aimed at women, selling everything from cereal to Midol. And they are... well, let's just say the ad campaigns wouldn't be winning any awards today. And the fact that they were once considered incredibly successful ads is troubling. But when the women get chance to review some ads from the past 10 years, it's not exactly a relief. In fact, ads seem just as sexist today as they were fifty years ago.

So what ads are we talking about? Well, here's a few from the video, both vintage and modern.

"This just made me realize everything on Mad Men is not an exaggeration."

"Sexism exists on the moon!"

"But wait, if the burger is going to blow your mind away, shouldn't the burger be giving you a blow job?"

For these and more ads — including one that provoked the response "My vagina can't" aka my new all time favorite response ever — you should check out the video.