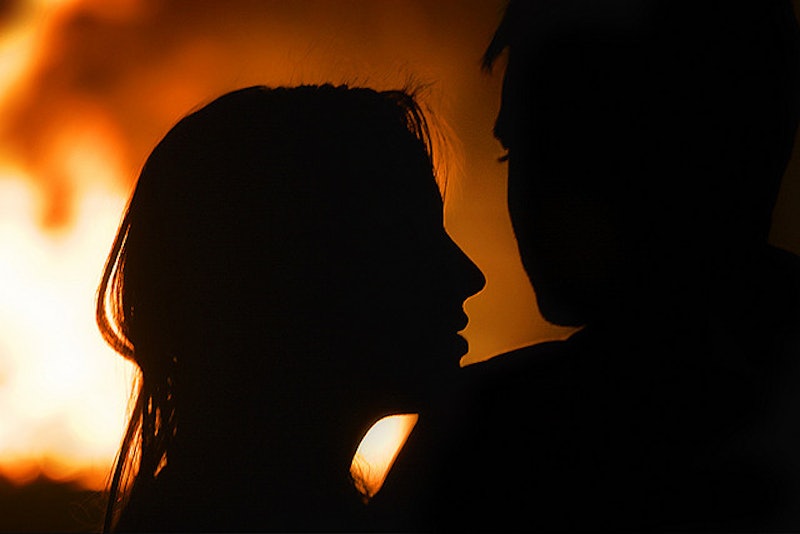 Ever had first-time sex with a new partner, and immediately afterwards, they (or worse yet, you) roll over and say something really stupid? Like, really, shockingly, unquestionably stupid? Something that, within seconds, brutally murders the prospect of getting naked with them ever again?

Look, when it comes to carnal pleasure, we are all guilty of being bedroom boneheads (pardon the pun) once in a while. But even the most awkward of communicators should instinctively know that, when you're lying there together post-coitus, there are certain things you should just. Never. Say.

It doesn't even matter if you've known your sexual partner-in-crime for years, or just for a few minutes. There are unwritten rules, people! The first time you have sex with a new person is simply not the right time to pour out your heart to them, or to brag about your other conquests, or to vocalize somewhat insulting thoughts you may have had before getting down and dirty with them.

And so, without further ado, here are seven things you should never, ever, ever say right after sex. Well, unless you want to completely kibosh the possibility of hooking up again with the person lying next to you.

Um, say what now? If you're not comfortable enough to inform your partner that you're a virgin before having sex, you probably shouldn't be hooking up with this person.

Ever heard the saying that "tone matters"? It certainly makes a difference with what you're trying to communicate here. But even if you say these words in their most sincere and complimentary form, let me be clear: absolutely nobody wants to hear anything about your exes post-orgasm. Just keep those thoughts to yourself for the time being.

Want to turn your partner's lovely post-sex body buzz into a big old heap of cold nothingness? Brag about how many (or how few) lovers you've had. Seriously. Just. Don't.

Even if your next words are "beautiful," or "heavenly," or "the best thing ever," bursting into tears is like drilling that final nail into proverbial (sex) coffin.

6. "That Was So Much Better Than I Expected!"

Here's a great way to make the person lying next to you feel inadequate, unattractive, and even maybe a bit unworthy. Inform them of your previously low expectations of them. They call this kind of compliment "backhanded" for a reason, because to the recipient of these words, it feels like a slap in the face.

How can you make sex even more awkward than it often is? Let's see, how about... stay silent post-sex? That's right: say absolutely nothing at all. Instead, let your partner panic in the strange stillness as they wonder what the hell you could be thinking.