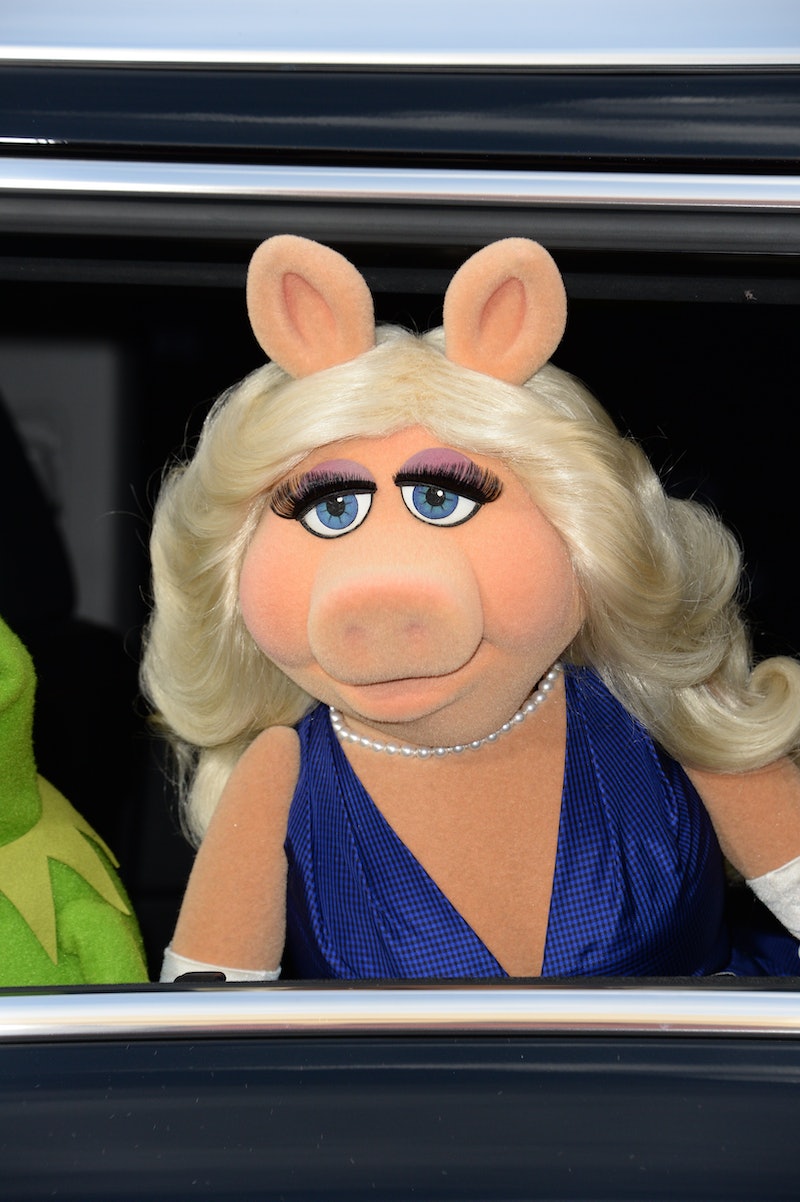 Everyone's favorite Muppet has never been known for doing things halfway, whether it's taking down opponents or lecturing her friends, and so it's fitting Miss Piggy would have a strong response to street harassment as well. And it's one that doesn't end well for the cat callers. No one messes with Miss Piggy!

In a new video from MTV, Miss Piggy and Kermit the Frog sat down to answer a few questions, and were every bit the adorable interspecies couple we know and love. Now that Miss Piggy is officially a feminist icon, the questions naturally focused on feminism; as such, we got to see Miss Piggy being her loud, outspoken, unapologetic self while Kermit supports her and adds nice things. (Relationship goals, am I right?)

For the last question, MTV asked how Miss Piggy would handle being catcalled, and Kermit replied that this has actually happened. Miss Piggy nodded. "Usually when someone catcalls me on the street," she said thoughtfully, "there's a new pothole the next day."

"Yes, with a head sticking out of it," Kermit added proudly.

Personally, I imagine the scene something like this: Miss Piggy and Kermit walking down the street, holding hands and Miss Piggy doing that girlish giggling thing she does whenever she's in a good mood. Suddenly, though, someone shouts something about her curves. Miss Piggy turns. Kermit says, "Oh boy." She fixes the guy with her haughtiest glare, asks, "Are you talking to moi?!" and then lets loose a thunderous "Hiiii-yah!" The next thing you know, the dude is stuck in the ground up to his neck as Miss Piggy and Kermit resume their romantic stroll.

No, but really, someone put this in a movie.

Of course, Miss Piggy isn't the first fictional character to take a stand against street harassment. She follows in a short but proud tradition, one that includes the likes of Wednesday Adams, who developed some innovative ideas for handling catcallers once she grew up.

And also Princess Leia, who boldly participated in a catcalling video to show what it's like walking around as a woman in a male dominated galaxy far, far away.

Will more fictional ladies be joining them? Hopefully!

More like this
5 Ways To Stand In Solidarity With Women In America From The UK
By Sophie McEvoy
How To Fight For Reproductive Rights, Based On How Much Time You Have
By Courtney Young
The 'Hocus Pocus' Sequel Finally Has A Release Date & It Makes Total Sense
By Shannon Barbour and Radhika Menon
Why You're Seeing Green Bandanas At Abortion Rights Protests
By Lexi Inks
Get Even More From Bustle — Sign Up For The Newsletter