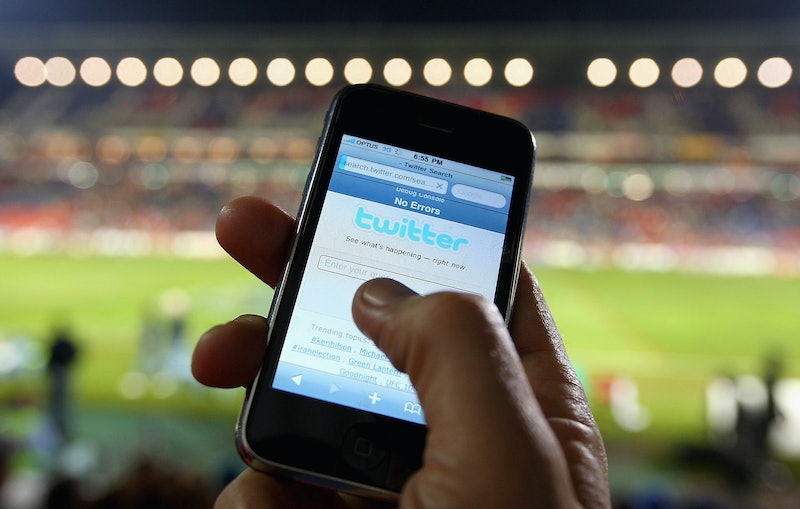 OK, homeslice, we all know why you're here: You want to know how to get more followers on Twitter. We’ve all been there before. There are billions of fishes in the ocean of the internet, but only a handful of them are actually following you. And while people may roll their eyes at your attempt to get more Twitter followers, I feel ya. This is a no judgment zone. There are plenty of reasons to get a bigger following on Twitter, from making your business look more legit to advocating for a worthy cause to just plain old stroking your ego (guilty as charged).

As mystifying as Twitter may seem, it’s really not all that hard to get amass a following on it. It just depends on how dedicated you are to making it happen, and what kind of quality you want in followers. What I mean by “quality” is that it’s easy to pay a stranger five bucks to get you a thousand followers, but honesty hour—it’s going to look as hella fake as it is, and the robot users won’t be engaged in what you’re tweeting or at all communicative, which is the entire point of being on Twitter in the first place. So I’m not suggesting any quick fixes here. Getting people to follow you on Twitter, like building most things on the internet, takes time. (Unless you’re Alex from Target, in which case, why are you even here, bro? Go waste your adorableness some place else.) If you’re willing to be patient and put in the effort, then here are some ways you can get more followers on Twitter:

Whine at your friends and family to follow you

What, does that seem too desperate? Listen here, son/daughter/person who is way older than I am and doesn’t appreciate being condescended to: You just clicked on an article on how to get more Twitter followers. You’re already desperate. And nobody you love is going to judge you for being all, “Hey, follow for follow?” Odds are it hasn’t occurred to your friends that you’re even on Twitter, and once they know you are they’ll be happy to hit that follow button. That’s an easy way to break the Twitter ice.

Got more followers on Facebook, Instagram, or that Tumblr where you reblog exclusively Marvel gif sets and grilled cheese (no further comment)? Make sure your Twitter handle is visible as soon as friends and visitors hit the landing page. If they’re following you on one account for your brain thoughts, they’re already way more likely to want to follow you on Twitter, too.

There’s a new “hashtag game” on Twitter every hour, if not more. You’ll see them start trending in your sidebar. Tweet a particularly winning #PutDadInAMovie or the like at the peak of a trending hashtag, and the retweets will put you on the internet map in a whole different way.

We're told not to judge a book by its cover, but nobody ever told second graders not to judge a Twitter profile by its bio and pictures. Make sure your bio is representative of who you are—you don't have to post your darkest secret in your header, but y'know, make sure people can actually tell it's you when they click on there. Even a few short sentences in your bio are enough to clue a perusing person in to whether or not you have similar interests and are going to tweet things that they want clogging up their feed.

And for the love of all that is holy, if you have an egg on your profile picture right now, STOP READING THIS AND GO FIX IT, even if you have to replace it with a zombie Disney princess before you find a decent picture of yourself. YOU ARE A HUMAN. YOU ARE NOT AN EGG.

I've found some of my best friends on the internet scrolling through Twitter's "suggested follow" section. Odds are you'll find lots of likeminded tweeters who will probably follow you back, and even if they don't, your own feed will get a lot more worth looking at for following them.

Focus your tweets on a ~brand~

Everybody's got a "schtick" on Twitter. Mine, for the most part, is being awkward and then tweeting about it. Other people who probably aren't going to hell like I am tweet about a particular cause, or maybe rally around particular opinions, or use Twitter to connect with people in similar fields. You do you. But the more focused your content is on whatever your ~Twitter personality~, the less likely people will be to unfollow you because you randomly tweeted a bunch of Game of Thrones spoilers on a 1D fan club Twitter.

Technically it's paying for followers, but at least some systems have integrity about it. I would use this is a last resort, but if you're really desperate to get a following, there are systems like TargetPattern that will go out and aggressively like thousands of tweets that they think are related to your brand, encouraging organic followers to go find your account and follow it. Of course, it costs money month to month, so it's not entirely ideal unless you really need it.

Stop worrying about it, go be a baller, and let the followers come when they may

Here's the thing: You have a life, and you have passions, and you're probably really awesome at them. If you pursue those things wholeheartedly, the Twitterverse will notice, and the Twitter followers will come. So take a deep Twitter breath and go worry about that novel you're writing or those whales you're gonna save. Twitter will be waiting. Probably forever.