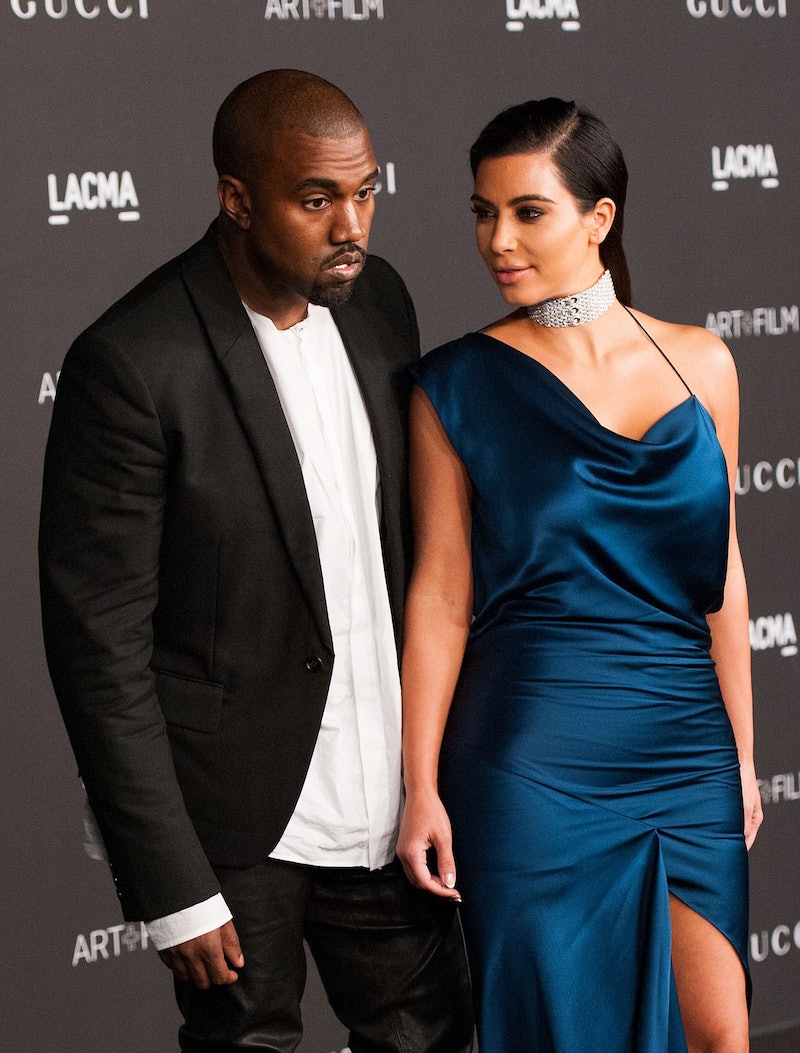 Thanks to Keeping Up with the Kardashians, the world knows a lot about Kim Kardashian. If that isn't enough, the reality star is always sharing ridiculously cute photos of her daughter North West on Instagram. Now that Kardashian and Kanye West are expecting a boy, which the reality show star confirmed herself on Father's Day, we want to know everything about him. (Besides the fact that he won't be named "South West.") We won't even see Baby No. 2 until after his December due date, but that doesn't mean we can't start speculating now. I began with what we do know — Baby Boy West is a male, and the second child in the family — and started to do some digging.

Let's start with birth order. Assuming that Kimye don't have any other children, the boy will be their youngest. According to Parents.com, the last born child tends to have characteristics such as "fun-loving, uncomplicated, manipulative, outgoing, attention-seeker and self-centered." However, if Kardashian and West choose to have a third child, Baby No. 2 is more likely to exhibit middle child qualities such as "people-pleasers, somewhat rebellious, thrives on friendships, has large social circle and peacemaker."

So, how does gender factor into this? The site reports that if the second child is a different gender than his older sibling, sometimes he will exhibit first-born qualities. Best Health Magazine agrees with this theory, referring to the second child as a "functional first-born." The site also notes the importance of the age gap. If the space between siblings is five years or more, birth order effects tend to fade. (Of course, that won't be an issue here. North and her younger sibling will be approximately two and a half years apart.)

There are some who believe that the parents' birth order affects their children. Excluding step and half-siblings, Kardashian is a middle child, while West is an only child. Meri Wallace, author of Birth Order Blues, spoke to the Washington Post about the topic, saying, "The only child, if things went well in his own family, knows how to be very supportive and encouraging, and attentive to a child, to tune into the child's needs. Also, an only child grows up feeing lonely, so the idea of having two or three kids has an appeal."

As for the pairing of middle children with only children, Women's Day is optimistic, reporting that it's a good match "with the middle child accustomed to the needy side as well as the possibly bossy side, of his or her 'only' love."

No matter what personality the Second Baby Kimye has, I'm confident that he'll be born into a loving and doting family.