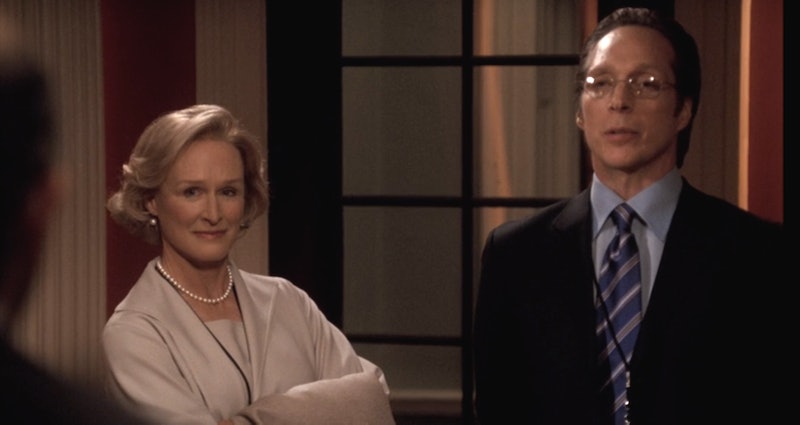 Over the last few decades, not many television shows that have tackled as many serious, important issues as The West Wing . During its seven years on air, the NBC drama dealt with everything from kidnapping to women's rights, alcoholism to gun control, and it did it all with a fairness and expertise that had many fans wishing that the real government worked as well as the one they saw each week on TV. It didn't matter what party you were affiliated with, or whether you agreed with all of President Bartlet's policies; watching The West Wing, you couldn't help but be awed by the boldness of the show in tackling so many relevant and significant subjects. Although most episodes of the series dealt with some hot-button issue in one way or another, it's the West Wing episodes involving the Supreme Court that stand out the most for the look they gave into American politics.

Yes, it was only TV, but the way the Bartlet administration and the Chief Justices worked together to better the country gave viewers serious hope that that's how the actual government functioned, as well. In honor of the real-life Justices making some big decisions this month, let's look back at the seven best Supreme Court moments from The West Wing:

1. When Mendoza Found Out He Was On The Short List (Season 1)

Mendoza wasn't supposed to even be in consideration; Bartlet has all but decided on Harrison when a retiring Justice brought up his name. A couple meetings later, Mendoza was the President's preferred nominee, and the honorable judge looked as happy as we viewers felt.

2. When Matthew Perry Was There (Season 5)

Perry had a tough role as the man assigned to convince an ailing Supreme Court Justice to step down, but it was so good to see the former Friend join The West Wing, albeit only for a few episodes.

Nothing was better than seeing an intensely liberal judge (played by Glenn Close, no less) get into a spirited debate with an intensely conservative judge (William Fichtner). The two couldn't have been more different, but they balanced each other perfectly, and ended up making a perfect pair of choices for the Court nominees.

4. When Mendoza Was Arrested (Season 1)

One of the most powerful episodes of the series' first season came when then-nominee Roberto Mendoza was arrested for supposed drunk driving. His talk with Toby about "driving while Hispanic" and his love for the legal system was moving and important, The West Wing at its absolute best.

5. When Ashland Admitted He Needed A Replacement (Season 5)

It'd be hard for any hard-working person to admit that it was time to retire, but for Judge Ashland, who'd served on the Supreme Court for decades, the issue was to be ignored for as long as possible. Unfortunately, it eventually was unavoidable, and he was forced to admit — albeit hesitantly — to President Bartlet that he needed a replacement. It was a tough scene, but a superb one.

6. When Lang Outsmarted Them All (Season 5)

We have Ruth Bader Ginsburg as our feminist idol of a judge in real life, but in the TV world, that title went to Justice Lang, who showed off some amazing attitude when she was introduced in "The Supremes." By telling Josh and Toby her strategy of answering questions differently depending on the person asking, she not only proved that she was capable of handling the job, but then became one of the most interesting characters on the show.

7. When Mendoza Got Confirmed (Season 1)

The West Wing was at its best when all its main characters worked together to solve a problem, as they did getting Mendoza confirmed back in Season 1. Seeing Toby, Josh, and all the others celebrate having all their hard work finally pay off was highly entertaining, especially because it involved C.J. doing "The Jackal." Anything that could cause that kind of party is clearly a moment to remember.

Unfortunately, real-life politics are probably not exactly like (or nearly as exciting as) that of The West Wing. There's no Mendoza, no President Bartlet, and certainly, no "Jackal." There are reruns of The West Wing, though, and all those episodes on Netflix, to satisfy your cravings for the fictional White House of your dreams whenever you want.

More like this
Michelle Obama & Taylor Swift React To The Supreme Court Overturning Roe v. Wade
By K.W. Colyard
Supreme Court Overturns Roe v. Wade
By Melanie Mignucci
Everything To Know About The Terminal List Season 2
By Kadin Burnett
6 Shows Like Stranger Things To Get Over Your Emotional Season 4 Hangover
By Kadin Burnett
Get Even More From Bustle — Sign Up For The Newsletter