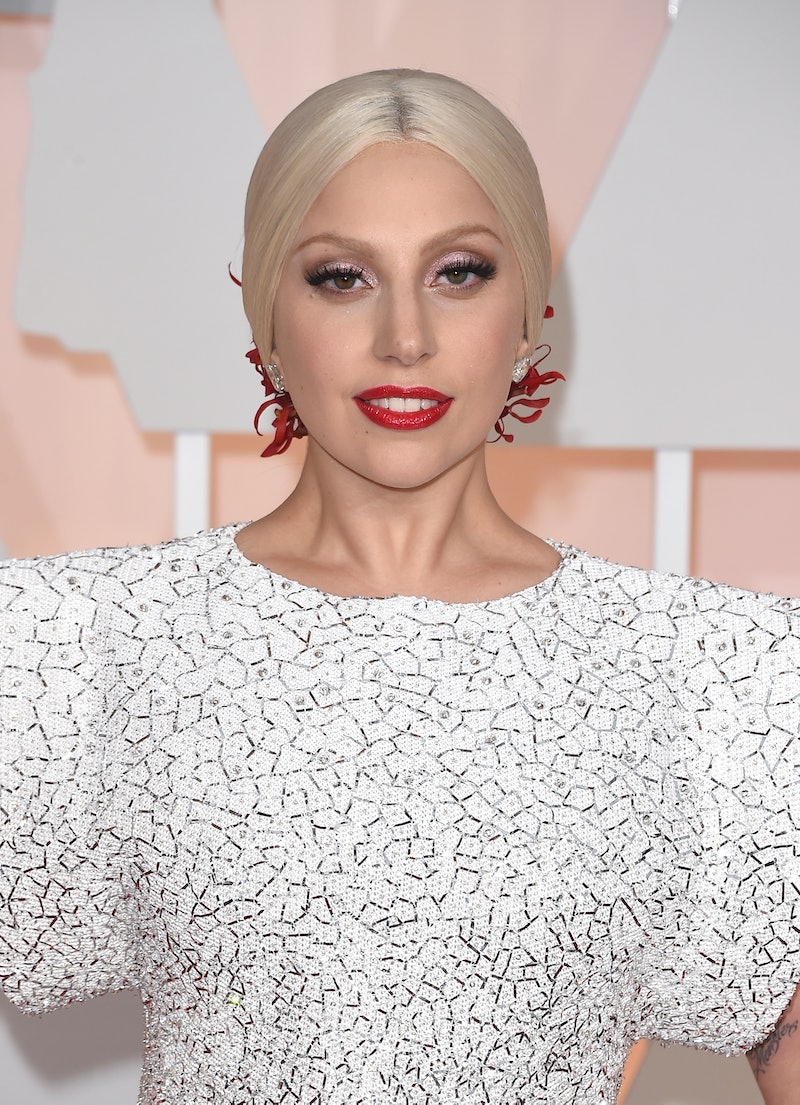 On Friday, June 26, the United States experienced quite the historical moment when the Supreme Court of the United States ruled same-sex marriage bans unconstitutional. Ever since then, many have celebrated the monumental event with friends, family, significant others, and even with parades, like the New York City Pride Parade. One particular celebrity who's over the moon with SCOTUS' ruling is singer Lady Gaga. In addition to tweeting Friday, "Congratulations America! Same-sex marriage is now legal nationwide. #EqualityForAll," Lady Gaga took part in a gay pride on Sunday — or at least she thought she did.

First things first, Lady Gaga really wanted to support gay pride and Chicago's Gay Pride Parade. She even shared a photo on Instagram and captioned it: "Watching over Chicago Pride from my apartment and smiling so big. So many happy people. Happy pride!! #lovewins." However, the soon-to-be American Horror Story: Hotel actress got a bit confused, because the parade she was watching was actually the Chicago Mariachi and Folklórico Festival. Basically, Lady Gaga was celebrating gay pride with help from mariachi bands. Even if she mistook the festival for a pride parade, overall, it sounds like a successful celebration if I do say so myself.

According to the Chicago Tribune, Lady Gaga's apartment is positioned over the location of the free event created by the Mariachi Heritage Foundation, and which 18,000 people attended. As for the Chicago Pride Parade, it was hosted at an entirely different location. The Mariachi Heritage Foundation even shared Lady Gaga's photo on Facebook and wrote, "Lady Gaga shares a photo yesterday overlooking the Mariachi & Folklorico Festival at Millennium Park from her hotel room, thinking it was Chicago's Pride Fest! 'So many people,' she says! Thank you again for helping us make history! #GagaHasMariachiPride."

Despite Lady Gaga's mistake, she meant well and it's the thought that counts. As her fans know, Lady Gaga is an avid gay rights activist, so she still's bringing attention to the important moment, all while, unknowingly, supporting a very thankful mariachi foundation.