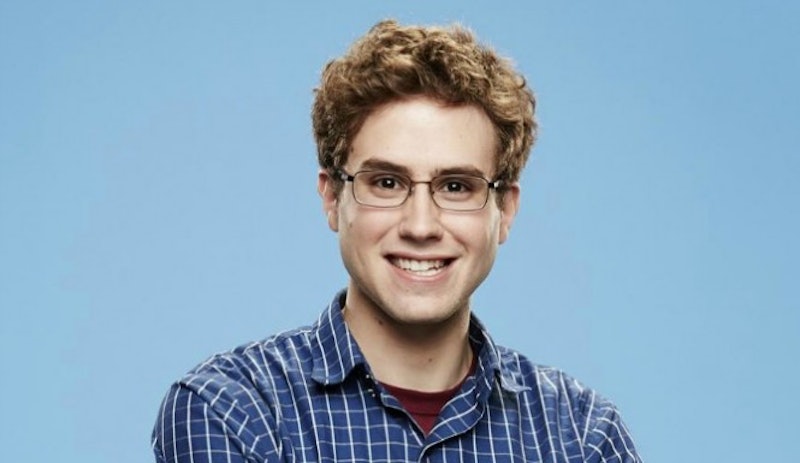 In any given season of CBS' Big Brother, something major is bound to occur. This year's batch of episodes, Big Brother Season 17, is no different; not only is there is a huge twin twist happening, but there's also the equally huge event of the glasses unmasking of contestant Steve Moses. To say that it was a pleasant surprise when Steve took off his glasses and got all glammed up is a gross understatement. After all, even before the glasses removal of 2015, people were already fans of the contestant, calling out his adorable Big Brother 17 moments and yelling on social media when Steve was bulled by Jace (even a Big Brother newbie like myself knew Jace had to be kicked out of the house).

But when he took off his glasses, the love for him grew enormously. In fact, you can see the results of the epic TV moment all over Bustle as many fans, fellow contestants and media outlets are cleverly calling the movie a "Steve to Stefan" moment a la Steve Urkel from Family Matters. But it's not just Urkel of whom Steve is reminiscent, although the transformation's resemblance is definitely there.

Big Brother's Steve actually looks like quite a few celebrities (and some perfect combinations of them) when he's not wearing his glasses, such as:

Seriously look at him! It's crazy.

In so much as Steve definitely pulled a Neville.

4. A Combination of Chace Crawford And Ed Westwick

5. A Combination of Ryan Gosling And Christoph Waltz

I know this is rehashing an actor I've already brought up, but both of these actors actually look eerily similar if you really look hard enough (or maybe I'm just looking too hard?).

Maybe it's because I find them both adorable or maybe because they both have kind eyes, but to me there's a little bit of a resemblance there! OK, fine, maybe there's not. But I still think their joint adorableness merits a place on this list.

7. A Combination Of John Gallagher Jr. And Jimmy Fallon

It's definitely good company to keep.

I feel strongly about this one. #EyebrowPower.

Thank you, Big Brother, for unleashing the beautiful discovery known as Steve Without His Glasses. We fans are eternally grateful.