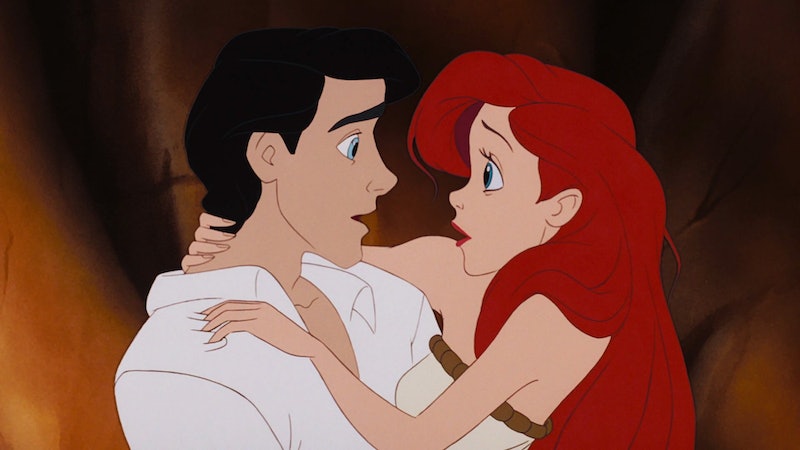 I have no comments to make on the state of modern dating, because nothing I say will be something that hasn't been said before. What's the point in even continuing to evaluate this situation when we've resorted to people sharing what Disney character they want to fuck? We're not even raising a white flag anymore, guys. We've officially gone down with this ship—so far down, in fact, that we're resorting to fantasizing about sex with beloved cartoon characters and ripping the sanctity of our childhoods to shreds rather than giving real humans a chance.

I get it, I get it. Dating is rough. But you know what's rougher? The YEARS OF THERAPY it's going to take to rip these thoughts out of my brain. I hope you're happy, internet. I'm never going to be able to watch The Little Mermaid again.

On second thought, maybe I'm not one to talk. I definitely had a five year long crush on Gohan from Dragon Ball Z growing up, and legitimately cried when my mom picked me up from swim team late one day and I missed the episode where he went Super Saiyan. (THIS WAS THE WORLD WITHOUT DVR, GUYS. IT WAS REAL.) That being said, I never fantasized about him actually doing stuff...oh no. No, no, no. God dammit. NO.

I NEED EVERYONE TO JUST TAKE A STEP BACK AND NOT LOOK ME IN THE EYES. Here are a few other people with their equally depraved thoughts about cartoons, specifically Disney characters:

NO, DEAR GOD NO

IN OTHER NEWS, THIS IS WHY WE ARE ALL SINGLE. (That or my rampant and unapologetic abuse of CAPS LOCK.)

Here's the whole damning video below: