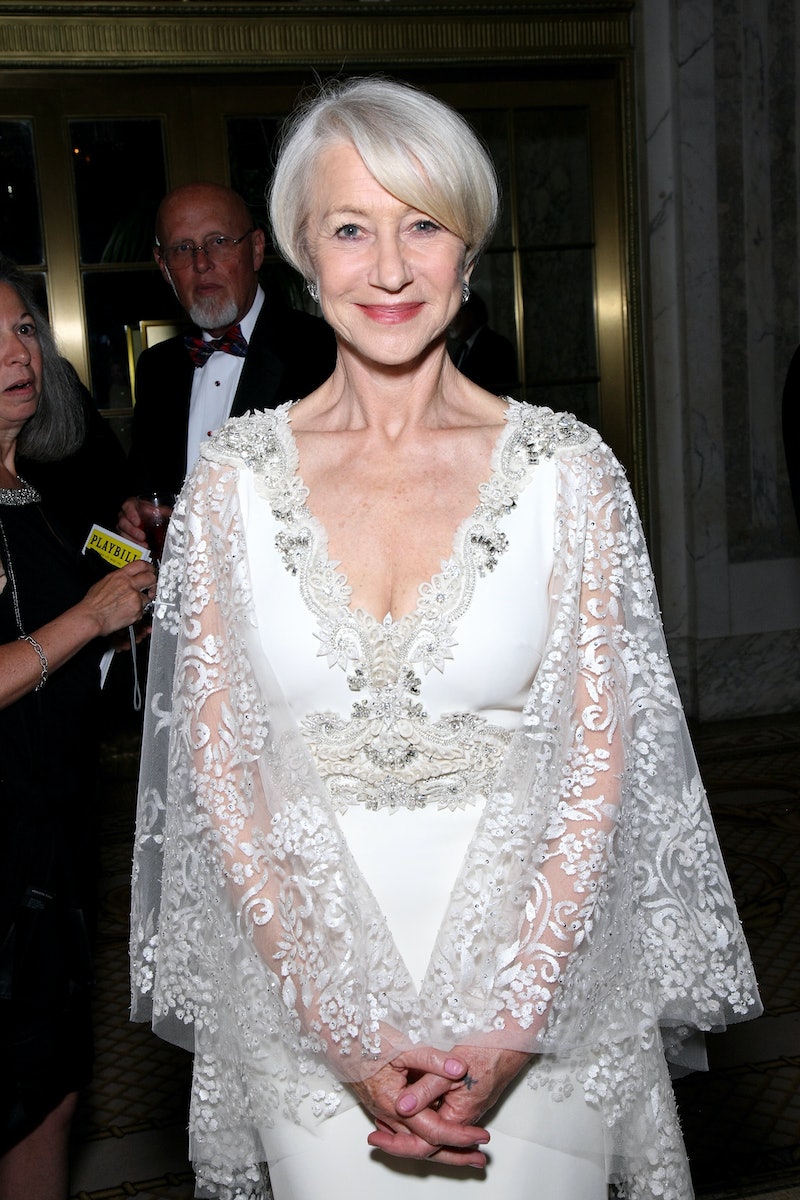 In the fall of last year, Helen Mirren was announced as the newest brand ambassador for the uber successful and well known L'Oreal Paris. Mirren has always been incredibly vocal regarding the film industry's issues of ageism and sexism. Maybe because of her outspokenness, Mirren received quiet a bit of backlash regarding her first ads with the cosmetics brand with many saying that the amazing actress was being hypocritical in her comments on ageism by having her ads photoshopped. Well, the critics just became silenced. Mirren's L'Oreal ads were approved by the Advertising Standards Authority who say that the images are not retouched.

Mirren has always been at the forefront of the women who speak out against the unfair treatment of their gender in Hollywood and the industry as a whole. Last year, she and fellow Brit Sienna Miller teamed up with U.K culture magazine Dazed & Confused to support an initiative designed to encourage female directors to join the field. Outside of her work with the magazine, Mirren has also lent her voice to the cause in the press as well. The talented actress sat down with The Wrap this month and discussed sexism and aging in Hollywood. Mirren bluntly calls ageism, "fucking outrageous."

Despite the fact that many believed Mirren to be going against every thing she stands for, the poised actress kept mum on the retouching of her L'Oreal ads, and now, she has nothing to defend. The Advertising Standards Authority released a statement regarded the alleged retouching that reads:

"We noted that wrinkles were clearly visible on Ms Mirren's face in both ads, including across her forehead and around her mouth. We considered that the recent press images of Ms Mirren would have reflected a similar degree of professional styling and make-up as the images in the ad, without any post-production amendments, and that her appearance in the ads was comparable to those more candid images. We therefore considered that the ads had not altered Ms Mirren's appearance in a way that would exaggerate the likely effect that could be achieved by consumers' use of the product, and concluded that the ads were not misleading."

Basically, what this all boils down to is that Mirren is neither hypocritical nor afraid to show her true self to the public. Mirren does not indulge in the internalized ageism so prevalent in Hollywood, and instead she appears to use ads like her stunning L'Oreal Paris images, to further her belief— and the truth— that women are gorgeous and strong no matter their age.