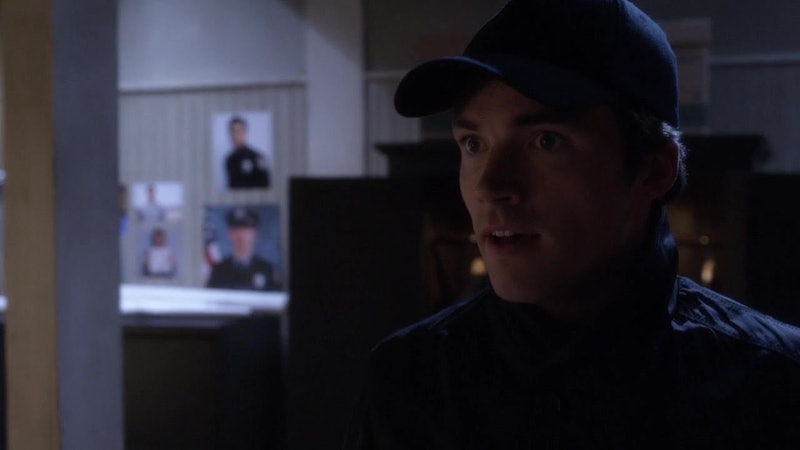 We're getting down to the wire, people: we're mere episodes away from finding out who Charles DiLaurentis is on Pretty Little Liars , and I'm pretty much going out of my mind with A theories. After all, this reveal has been over three seasons in the making, and there are plenty of suspects we've been suspicious of along the way. Some of us have pulled a serious Spencer Hastings and were dead-set on a certain character being the alter-ego of the elusive stalker, only to find out that — surprise! — they were just another red herring in this whole mystery.

Let's be honest here: Pretty Little Liars has every reason to throw red herrings at us from time to time. We may all vent our frustrations about not knowing who A is, but it's the lack of that piece of the puzzle that makes every episode a thrill ride — we never know what will be revealed about a certain character. Of course, some A fake-outs hurt just a bit more than others, especially if you were convinced of that person's guilt the entire time. Bustle's Pretty Little Liars podcast has already tackled a few red herrings in Season 6, you can check it out below.

Here are some of the biggest red herrings that Pretty Little Liars through our way, ranked from the suspects who we totally knew were fake outs to the ones we were convinced were the real deal.

Fans were convinced that the person who chased the girls onto the roof and shot Ezra was Big A... but not once they saw that the person underneath the mask was Shana. I never trusted Shana, what with her allegiance to Jenna and her confusing relationship with Ali, and to see her turn the tables on the girls was more expected than anything else. Of course she was a red herring to the whole A plot — she was barely on the show and didn't have a gripping enough backstory to really make us question anything about her.

About 1 percent of me believed that Spencer had really gone over to the dark side and teamed up with A in Season 3, and that was only because I could see anyone doing that in a moment of desperation and fear. Then I remembered that this is Spencer Hastings, and Spencer Hastings always has a side agenda: of course she would join the A team in order to find out who was really in charge.

Garrett is only a red herring if he's not actually alive and secretly A, but that's a theory for a different day (explained in the video above). Assuming that Garrett's story is really just as it played out in the Halloween episode, then it was fairly surprising to learn that he wasn't as involved in the whole A mess as it seemed. After all, he spent seasons upon seasons being a total creep who seemingly knew way more than everyone else about this entire mystery — and it turned out he was just as in the dark as the rest of us.

Unless Wilden is planning on rising from the dead at some point in Season 6, there's no way that he was ever more than a pawn in A's game. I hope that the person who is finally revealed as Big A will have a little less obvious air of creeper around them than Wilden ever did. He may still be the top "beach hottie" suspect, but he was seemingly just as much A's doll as the girls were.

Nate himself being a red herring wasn't very surprising, but the person who killed Maya having absolutely nothing to do with the overall A arc was a complete shock. After all, Mona seemed to hint that the person who was stalking the girls and the person who killed Emily's girlfriend were one and the same. That turned out to be nothing more than manipulation (unless new information about Maya comes to light), and though Rosewood was free of one killer after Nate's death, stopping his reign of terror did nothing to stop A.

My heart lurched when I saw Toby in the black hoodie, and something about the look in his eyes convinced me that he had been playing the girls the entire time. I was devastated that PLL would destroy one of my favorite characters in this way, but also a little proud of the writers for making me love someone so damn evil. Of course, we found out later that Toby was a double agent (as many fans already suspected), but it was a pretty impressive twist nonetheless.

The minute we saw Ezra in the black hoodie, I was convinced that all of those little "Ezra is evil" clues the show had dropped over the last few seasons weren't in vain. The reveal that Ezra was secretly writing a true crime book about Alison's disappearance was pretty good, though I had hoped that when Fitz was revealed as a liar, he would have been a more sinister one.

These suspects may be red herrings for the identity of Big A, but there are plenty more people we should keep an eye on. Someone is A, and we'll find out exactly who soon enough.