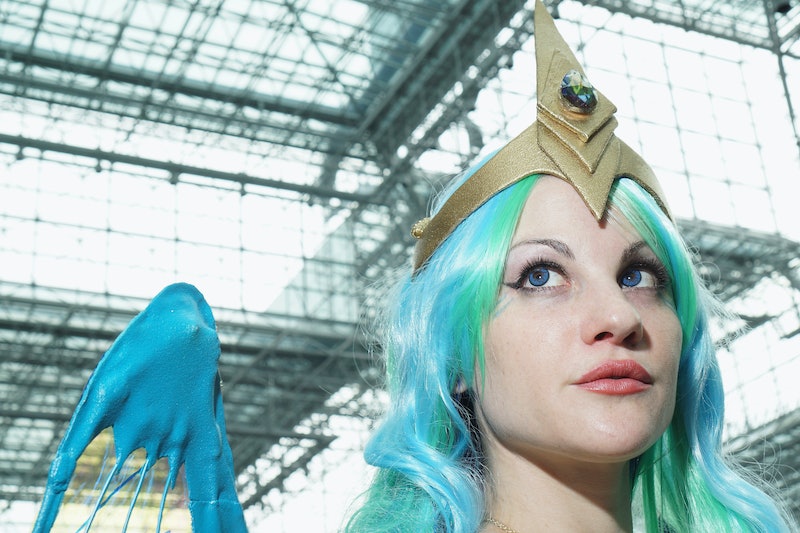 It wouldn’t be Comic Con without costumes and just tons of fun, but the Comic Confashion show, full of the most fashionable villains and super heroes around, took it to a whole new level. So, if you thought dressing up as your fav character wasn’t a stylish move, think again!

The second annual Her Universe fashion show took place at the opening of Comic Con International. Designers whose looks were a part of the show competed to win over a panel of judges for the chance to design an exclusive line for Her Universe, to be sold at Hot Topic. That's no small prize we’re talking about here.

The show featured everything from a reinvented Joker costume to a wedding dress-esque ensemble inspired by Haku from Spirited Away . Despite all of the great costumes, there could only be one winner, and it was the dress inspired by the Joker that ultimately stole the show.

The Joker-inspired midi dress features a full tulle skirt and black bodice with red trimming. It’s very sexy and villainy all at the same time. It’s got a very "BBHMM" vibe, and I can’t think of anything more fitting than that. It really does look like it’d be perfect for a female Joker (or for Rihanna). Getting any ideas, DC Comics?

See the winning look and more from the show below!

This feathered dress got the vote for fan favorite, and I can see why!

Doctor Who-inspired fur coat? Don't mind if I do!

Clearly, Comic Con is more about fashion than I ever even realized.