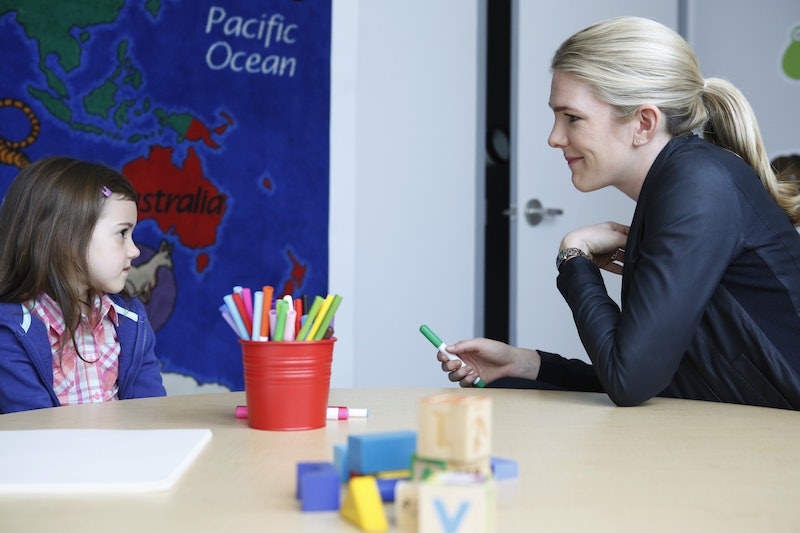 It's nearing the end of The Whispers Season 1, and despite the best efforts of Claire and Wes to stop him, Drill is continuing to call the shots in a major way. He's forged a friendship with Lena, which cannot possibly end well, and fans are especially worried that Claire will be Drill's next target. Suspicions that Drill is an alien entity have been confirmed, and he's not the only one of his kind, so the FBI will soon be fighting multiple Drill-like forces.

When Sean, aided by Claire and Dr. Tully, destroyed the fulgurite rock, they believed Drill had also been annihilated for good. But viewers like myself knew it wasn't so, because this is the advantage of observing sci-fi events from your couch with the knowledge that you're still a few episodes away from the season finale. And I was right — the next scene showed Minx telling Lena that Drill wants something from her. It's not yet known just exactly what he wants, but you can be sure it's something terrifying — and fans theorize that Lena may end up obliging.

Here are the latest, most compelling Whispers fan theories, which cover everything from Drill's main target to what the unseen character symbolizes.

It was established early on that Drill favors Minx, and it's probably no coincidence that Drill's first adult friend is Lena, who has a serious axe to grind with Claire. Facebook fan Dawn Neuciler suggests that Drill is using Minx to manipulate Lena for the end purpose of killing Claire. Although Minx is definitely under Drill's spell, I think she's too smart to be manipulated into blindly doing absolutely anything. Lena has been established as a vulnerable character, and one who has a lot of resentment towards the two FBI agents investigating Drill. She made contact with Drill in an effort to protect her daughter, so if it comes down to it, it seems possible that Lena could be convinced to hurt or kill Claire if she believes it will keep Minx out of harm's way.

Theory #2: Sean Regaining His Memory Was Part Of Drill's Plan

Sean went from having total amnesia to remembering "everything" in a matter of seconds. Facebook fan Nora Bee points out that Drill probably gave him back his memory deliberately. Now that Sean remembers all, it's thrown a wrench in the partnership between Claire and Wes who have been racing against the clock to put an end to Drill's games. Claire is now forced to contend with Sean's anger towards her, which is bound to distract her from her job. And distracting Wes doesn't hurt Drill's cause either, as it provides even more of an opportunity to manipulate Lena, who will be less likely to confide in her husband as he continues to be emotionally distant.

Theory #3: Drill Is An Allegory For The Internet

Some fans are equally interested in what Drill represents. Reddit user vinsneezel suggests that Drill is an allegory for the Internet and the dangers of children communicating with unseen entities even when their parents are in the same room as them. The user goes on to theorize that the "glow" the children see when communicating with Drill symbolizes the glow of a computer screen. The adults can't keep up with Drill, in the same way many parents might feel behind as their children join the new social media websites that are constantly cropping up. This theory is an intriguing one, because it preys on the very real fear that the most vulnerable members of society have been put at risk by this age of technology.

These thoughts about technology may be super creepy, but after reading all these theories, my main concern right now is whether or not my favorite characters are going to survive the season finale.