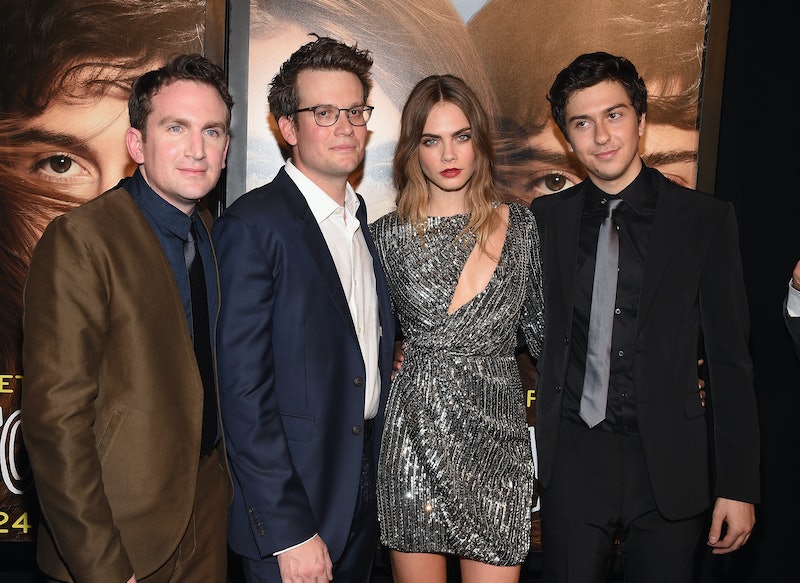 The much-awaited movie Paper Towns has finally been released! I've been super excited for this film to come out for several reasons: I loved the book, and it’s the type of story that just begs to be translated to film; it stars the awesome Cara Delevingne and dream boy Nat Wolff; and the soundtrack is awesome. This last point is actually a big one — anyone who saw the trailer could tell you that some serious care was put into selecting the perfect tracks for this movie. So now that the movie’s out, where can you find the Paper Towns soundtrack? Well, lucky you, the answer is just about anywhere! The soundtrack was officially released on July 10, and is available for purchase and streaming in a variety of places.

One easy option? iTunes. The 16-song soundtrack is available for purchase for $11.99, which is probably exactly how much you have left on that iTunes gift card your aunt gave you for your birthday in 2013. Those who've downloaded the record so far are loving it — it currently has a 4.5/5 star rating, and the customer reviews are beaming. iTunes offers up the 16 tracks with the description, “Relive the epic adventure with these upbeat indie-dance jams.” Well, if you insist...

Another easy option is, of course, Spotify. On this app, you can listen to the entire album FO FREE. Doing so will also help push that embarrassing “Songs That Remind Me of Aaron” playlist further down into your listening history. Seriously, you guys broke up two months ago — it’s time to delete that (or at least listen to something better, like the Paper Towns soundtrack).

If you want the option of listening to the soundtrack while also watching the videos (for those songs that have them, anyway), good old YouTube has you covered. There are several user-compiled playlists that have most if not all the tracks, and each song/video has also been uploaded individually. My favorite video is actually the one for the Paper Towns trailer song “Smile” by Mikky Ekko. It's basically like a happier version of the videos for “The Scientist” by Coldplay or ‘The Quiet Things That No One Ever Knows." Check it out:

The soundtrack is also available on Amazon, where the MP3 is priced at $11.49, and the audio CD is $11.88. I know that many people haven’t bought a physical CD since high school, and I’m pretty sure Amazon knows that too, but the hard-copy album has the nice perk of free same-day shipping with Amazon Prime. That means you could be holding Nat Wolff’s face in your hands by dinnertime. And who wouldn’t want that?

This compilation will make you want to dance, with tracks like “Radio” by Santigold and “Runaway (U&I)" by Galantis, and then it’ll make you want to cry, thanks to sweet songs like “To the Top” by Twin Shadow and “Used to Haunt” by The Mountain Goats. By the time you get to Nat and Alex's beautiful ballad “Look Outside,” you’re definitely going to be feeling sentimental. But please, don’t use this as an excuse to text Aaron. Instead, just hit shuffle and listen to the whole Paper Towns soundtrack again.