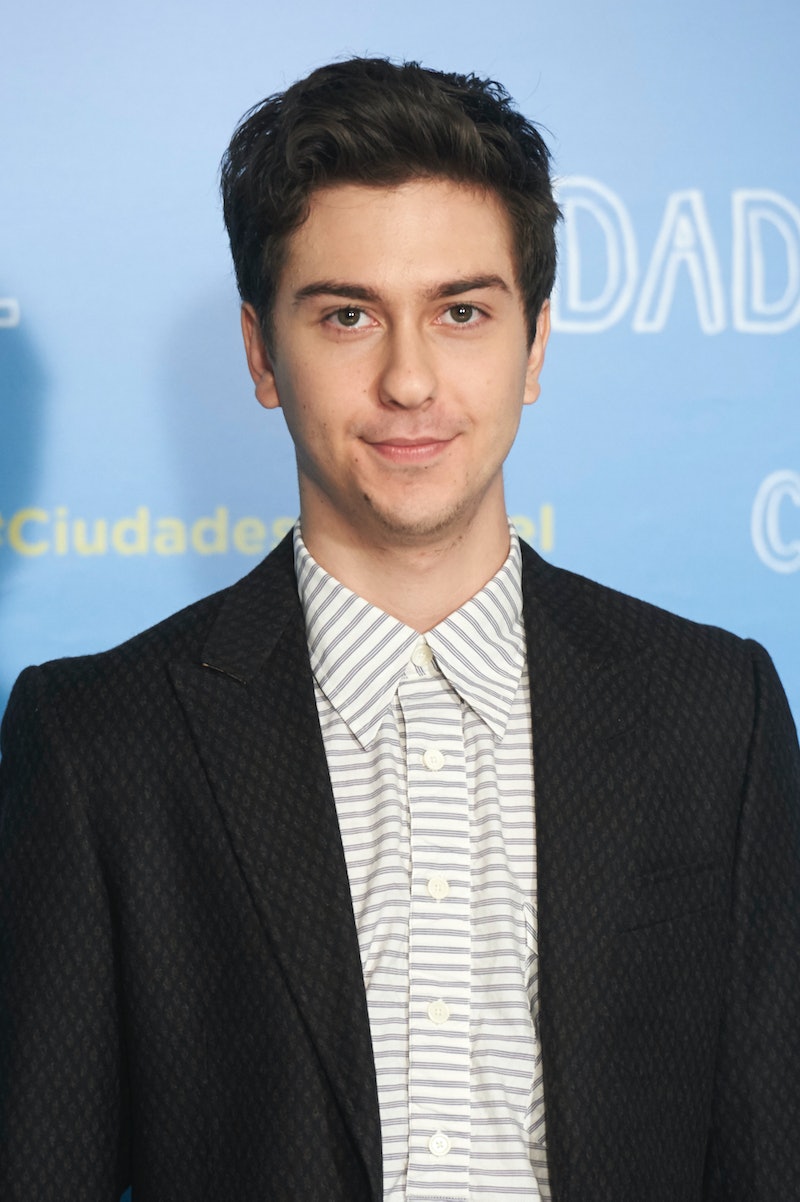 When The Fault in Our Stars was released last year, the majority of people's attention was focused on stars Shailene Woodley and Ansel Elgort. The duo's rise in fame was totally deserved – both actors gave star-making performances in the movie, and have gone on to great success. Yet the focus on them meant that some cast members got overlooked — such as Nat Wolff, star of this month's Paper Towns . Hopefully, starring in a new film means that he'll finally get the notice he warrants, and that people will be giving serious attention to the next Nat Wolff movie when it arrives later this year. Which is... well, what, exactly?

The actor's newest project is, sadly, not another John Green adaptation (although there's still hope that he'll star in the planned movie versions of Looking for Alaska and An Abundance of Katherines), but it is exciting all the same. On Aug. 21, Grandma , a hilarious-seeming dramedy starring Lily Tomlin and featuring Wolff in a supporting role, will get released. The movie follows Ellie, a lesbian poet (Tomlin) who, while grieving the loss of her partner, embarks on a road trip with Sage, her pregnant granddaughter (Julia Garner). Wolff plays Cam, Sage's immature boyfriend. Check out this clip featuring the three of them (but be prepared to look at the adorable Wolff in a whole new light):

In addition to the actors listed above, Grandma also features Laverne Cox, Judy Greer, and Marcia Gay Harden, among others, so clearly, this is a must-see movie. It's far from Wolff's only upcoming project, though; the star has three other movies in the works, plus a few other project on the side that are grounds for equal amounts of excitement.

After Grandma, Wolff will next be seen in The Intern , Nancy Meyers' latest comedy. Out Sept. 25, the film stars Anne Hathaway as Jules, a fashion CEO, and Robert De Niro as Ben, her new intern. Wolff plays one of Jules' employees, and as the movie's trailer shows, he doesn't seem to get that Ben is not quite the traditional job-seeker.

In the upcoming dramedy, Wolff plays Ed, a high-school student who befriends his neighbor (Mickey Rourke), a retired and terminally ill assassin. There's no release date set, but Paramount bought the Ashby rights back in April, and it's scheduled for a debut sometime this fall.

Like Ashby, In Dubious Battle has no release date yet, but can be expected to premiere sometime later this year or early next. The James Franco-directed drama is based on a John Steinbeck novel, and stars Wolff as Jim Nolan, a 1930s activist organizing a strike for California apple pickers. Selena Gomez, Josh Hutcherson, Bryan Cranston and more are also in the film.

The musical duo made up of the Wolff siblings released new music late last year, so it's likely that they'll continue to collaborate in the coming months. Their song "Look Outside" is even featured on the Paper Towns soundtrack.

It's unknown where exactly The Stand stands (hah), because the Stephen King adaptation was originally going to just be one film, then was reported to be multiple movies, and then, most recently, was said to be an eight-part miniseries on Showtime. When the first Stand announcement was made, it was reported that Fault in Our Stars ' Josh Boone would direct and Wolff would star. This might still be the case, but with all the changes to production, it's not clear what's actually going to happen.

Between these five projects and Paper Towns, Wolff's career couldn't be going better, and I, for one, couldn't be more excited.

More like this
Here’s Where Manti Te’o Is Now
By Arya Roshanian
Florence Pugh Won’t Discuss Harry Styles Sex Scenes In 'Don’t Worry Darling'
By Grace Wehniainen
Everything To Know About 'The Hunger Games' Prequel Movie
By Grace Wehniainen and Radhika Menon
What's New On Netflix: A Third '365 Days' Movie & Lili Reinhart’s New Film
By Arya Roshanian
Get Even More From Bustle — Sign Up For The Newsletter