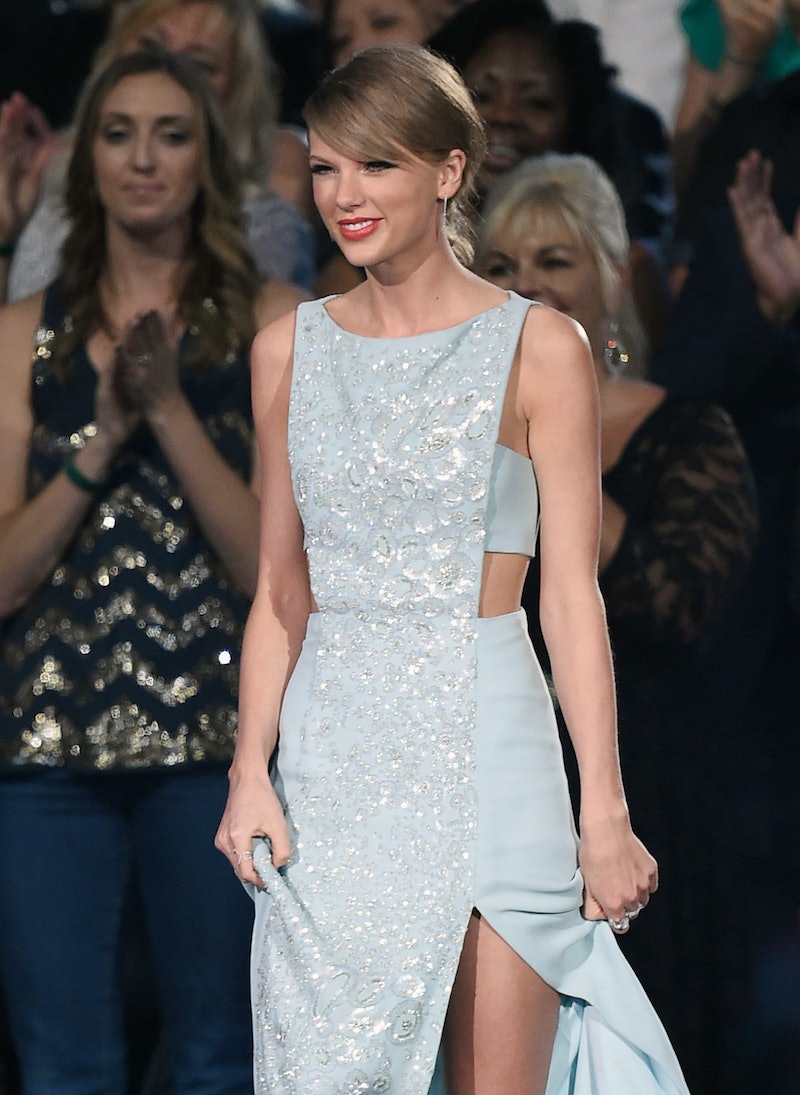 There are some singers people can't help but love and continue to gush about, especially when they're repeatedly put on a pedestal for their all-around goodness. One particular singer who is used to receiving love, support, and constant praise? Taylor Swift. Ever since she made her debut as a country singer, T. Swift has been in most everyone's good graces. However, sometimes that "golden child" status doesn't always last, and thanks to that so-called "feud" between Swift and Nicki Minaj, the 1989 artist now might be learning what it means to be on the bad side of her fans. So, is Taylor Swift's "golden child" status ruined?

There's no resounding "yes" or "no" answer to this question. The Twitter exchange between these two prominent musicians has really made people analyze both sides of the story. Was Taylor right? Was Nicki right? Did Taylor really need to respond to Nicki? Should Taylor have apologized? It's quite ridiculous, if you think about it. I mean, why didn't either of these women just pick up the phone, have a nice chat, and explain what was really happening. It would have been over and done in probably a short 10 minutes. Plus, they wouldn't be putting their fans through an unnecessary ordeal.

As goes with most celebrity arguments, some fans are quick to back their favorite, while others step back and question them. Well, it looks like it's going both ways for Swift. Many Swifties continue to support the 25-year-old, while others are disappointed with her — some seemingly for the first time.

I don't think Swift's rep is officially tarnished, but some Swifties are definitely questioning the singer and hoping next time she'll think before she acts. However, I do think it helped that Swift apologized, because it shows that she's able to admit when she makes a mistake — something that's very important when it comes to getting people to respect you and stay on your side.