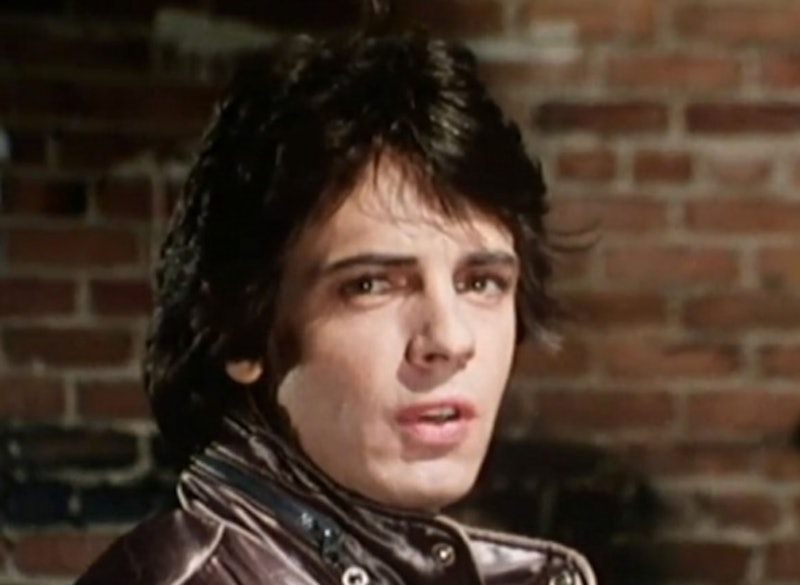 A lot has changed for Rick Springfield since garnering the title of "teen idol" following the release of "Jessie's Girl" in 1981. The actor and musician currently stars as Colin Ferrel's psychologist on the gritty HBO drama, True Detective, and he is set to star alongside Meryl Streep in the upcoming movie, Ricki and the Flash, which will debut in theaters on August 7. While some actors and musicians may try to dispel conversation on their beginnings as a teen idol, Springfield embraces the title that continues to be attached to his name. In an interview with The Hollywood Reporter posted online on Saturday, July 25, Springfield stated, "Don't just write me off because young girls liked me – Sinatra started like that, and they wrote him off at first, too." He added, "It's not a bad thing to start as a teen idol."

It certainly is not! IMHO, Springfield's "Jessie's Girl" and stint as a hunky doc on General Hospital are two of my favorite trademarks of the '80s. Granted, I wasn't born until 1985, but I can consider myself a child and appreciator of the decade all the same. Moreover, despite a few decades passing, "Jessie's Girl" continues to be a song that can make our respective karaoke nights go from OK to legendary. Honestly, it might be the best karaoke song there is. Do you doubt me? Let's take a look at some reasons "Jessie's Girl" will always be the ultimate in karaoke song selections.

Take it from a karaoke connoisseur — nothing gets a karaoke party pumping like a good '80s jam.

Karaoke is a time to fully express yourself, regardless of how off-key said expression is. Springfield's impassioned tale of unrequited love is the perfect way to channel your inner karaoke star.

3. Everybody Knows The Song

Take it from someone who knows — nothing rouses a positive crowd reaction like a familiar hit.

4. It's A Perfect Way To Sing Out Your Stress

We've all had experiences with unrequited love and dating fails. This angsty tune is the perfect way to release the stress from your romantic woes.

5. Friends Will Likely Join You

You are way more likely to get support from friends in singing this tune than some little-known track. If standing up and belting out a hit solo — regardless of how many rail drinks you've had — gives you jitters, this hit will ensure some moral support.

6. You Have An Excuse To Practice A Seductive Smolder

No one will give you the side-eye when it's part of a performance.

7. You're Probably Singing It Right Now

I'd be willing to wager a bet that a bunch of you (all of you?) started humming this tune the minute you saw "Jessie's Girl" in the headline — amiright?? It's OK. The track tends to have that effect. The only thing to do now is call up your squad, set a karaoke date, and belt this glorious song out to your heart's content.

I think I've made my point.