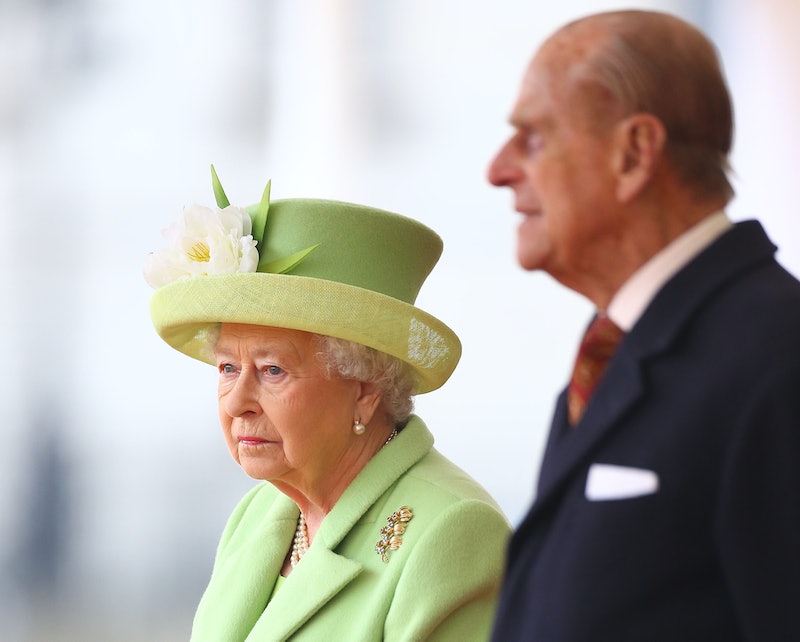 Having been married since 1947, it’s clear that Queen Elizabeth II and Prince Philip shared an unbreakable romantic bond — one so strong that upon the news of his death on April 9, the royal family announced that she will observe an eight-day mourning period, meaning she will not work. “It is with deep sorrow that Her Majesty The Queen has announced the death of her beloved husband, His Royal Highness The Prince Philip, Duke of Edinburgh. His Royal Highness passed away peacefully this morning at Windsor Castle,” read the family’s statement. “The Royal Family joins with people around the world in mourning his loss. Further announcements will be made in due course.” While we’ve received glimpses into the royal pair’s relationship, including many dramatized reenactments on Netflix’s The Crown, you may be wondering what the Queen’s relationship with Prince Philip was like in real life.

Queen Elizabeth, 94, and Prince Philip, who passed just two months shy of his 100th birthday, were married for 74 years, and the pair came a long way since they first met when the queen was a princess. A 13-year-old Elizabeth met her distant cousin Philip when he was an 18-year-old naval cadet in 1939, courted through letters and visits, and got married at Westminster Abbey in 1947, according to a Vanity Fair adaptation from the biography Elizabeth the Queen by Sally Bedell Smith. "They just have an incredible instinctive chemistry," Smith told Vanity Fair in an interview.

Indeed, that chemistry was palpable in a letter Philip wrote to Elizabeth before their wedding, according to The Telegraph. "To have been spared in the war and seen victory, to have been given the chance to rest and to re-adjust myself, to have fallen in love completely and unreservedly, makes all one’s personal and even the world’s troubles seem small and petty," he wrote.

Princess Elizabeth became queen in 1952 after the death of her father King George VI, which would make her no ordinary wife. But Philip wanted to keep with tradition and see his wife — as well as the family — take his surname: Mountbatten, according to The Telegraph. Yup, there is a royal surname — King George VI adopted Windsor as the royal last name in 1917 to be used when surnames are required, like marriage certificates, says the official site of the royal family. According to Smith's adaptation in Vanity Fair, the queen wanted to honor her father by keeping the family as the House of Windsor — and Prime Minister Winston Churchill agreed.

It was an issue that did put a strain on their marriage for a bit, according to Vanity Fair. And much like in modern times, Queen Elizabeth and Prince Philip came to a hyphenated compromise: Their descendants would use the surname Mountbatten-Windsor if they need it, says the royal family website. Considering their marriage lasted another 50+ years, it seems they were both content with the agreement. On their 50th anniversary in 1997, she spoke of their bond. “He has quite simply been my strength and stay all these years,” she said. “I owe him a debt greater than he would ever claim.”

Known to offend many with his frequent racist comments, Prince Philip was a gentleman when it came to the Queen, and throughout his later years, he devoted the bulk of his time to supporting her. During her Diamond Jubilee address in 2012, she said, "During these years as your Queen, the support of my family has, across the generations, been beyond measure. Prince Philip is, I believe, well-known for declining compliments of any kind. But throughout, he has been a constant strength and guide." In an interview with the BBC from the same year, Prince Harry explained that his mere presence is incredibly important to her performance as Queen. “Regardless of whether my grandfather seems to be doing his own thing, sort of wandering off like a fish down the river,” he said. “The fact that he’s there — personally, I don’t think that she could do it without him.”

In 2017, Prince Philip officially stepped down from his royal duties, and the pair spent their final years together focused on personal activities like spending time with their many dogs, collecting wildlife paintings, and horse racing. “They are probably doing more stuff together now than they’ve ever done. She looks incredibly happy these days,” Robert Hardman, who wrote the 2016 documentary Queen At 90, told People. “He makes her laugh,” continued the writer. “He is the only person who can tell her how things really are. As she has broken all these records and become a more revered figure that makes that all the more important. He’s someone who can be frank and someone she can have a laugh with.”