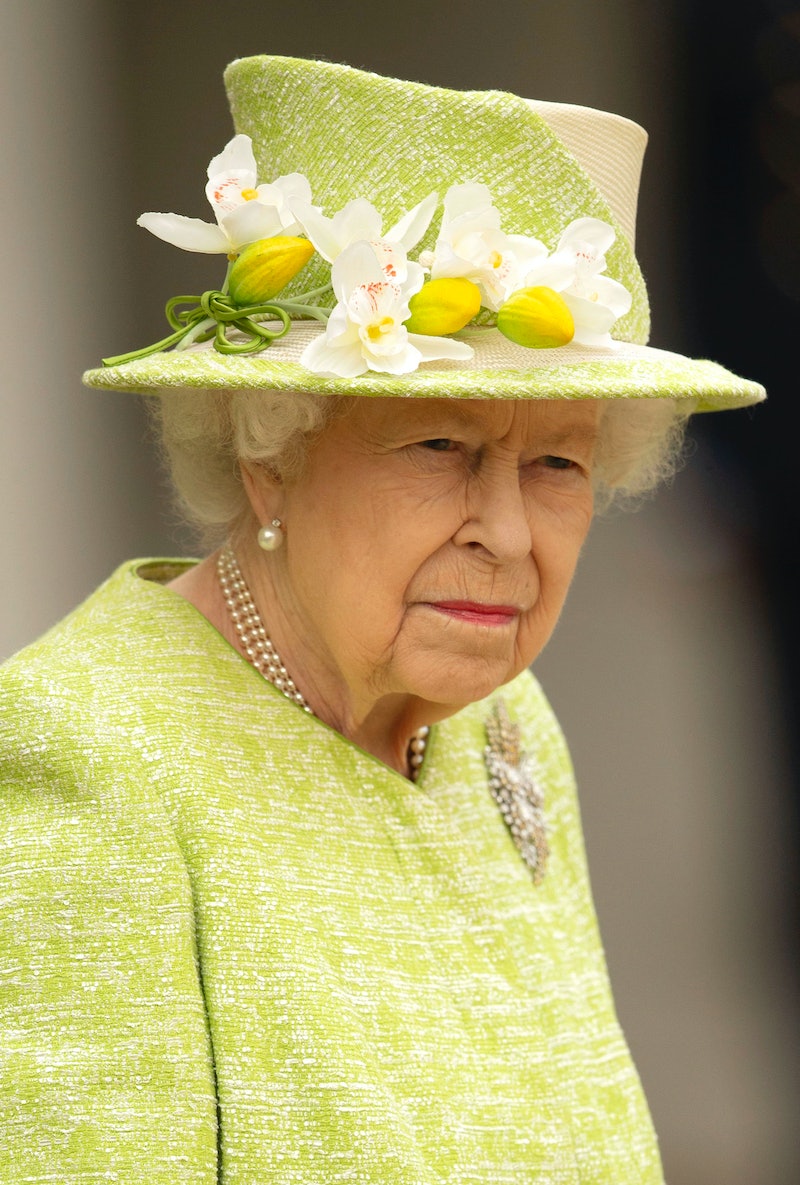 Following the death of Prince Philip, Duke of Edinburgh, the royal family and the United Kingdom will enter a period of mourning defined by retrospective news coverage, lowered flags (except the Royal Standard), black armbands on guardsmen, and more measures, according to People. Much of what’s happening now is part of Operation Forth Bridge, which The Crown fans will recognize as the official guidelines put in place for each member of the royal family upon their death. In addition to grieving in the royal family and country as a whole, Queen Elizabeth herself will be going through a personal mourning period of eight days (as was observed after the Queen Mother’s passing in 2002).

According to People, Elizabeth will forego royal duties during this time, with affairs of state also stopping as she mourns her husband of nearly 74 years — so don’t expect any new laws to pass in the week ahead. She won’t be working in private, either. Even after the eight days, Elizabeth will not immediately resume her royal duties. Instead, the entire family will continue to mourn over the next 30 days, with no public or social engagements on their schedule. Per the Daily Express, this time will likely also include donning dark colors not just at the funeral but throughout the period ahead.

Speaking of the funeral, it won’t look like the heavily visited “lying-in-state” that the Queen Mother received in 2002 when an estimated 200,000 members of the public came to pay their respects. As reported by Reuters, Philip preferred a private funeral — plus, the College of Arms said, the public should not try to participate due to the ongoing COVID-19 crisis.

While the royal family’s website said that it would release funeral details in the coming days, the Queen Mother’s death 19 years ago gives us an idea of what the mourning ahead might look like. As recounted by People, Elizabeth addressed the public via TV broadcast the day before her mother’s funeral, thanking viewers for their support and saying, “I hope that sadness will blend with a wider sense of thanksgiving.” It seems likely, once she’s had some time to grieve quietly over the next week, that Elizabeth will issue an emotional address for Philip as well.

Of course, the last major death in the royal family occurred in a pre-social media world — and today, we see new means of quiet mourning practices at play for Philip’s passing. For example, in addition to sharing a portrait of Philip and the news of his death, official accounts for Kensington Palace, Clarence House, and the royal family as a whole updated their profile pictures to black and white icons depicting their respective roles in “The Firm.”