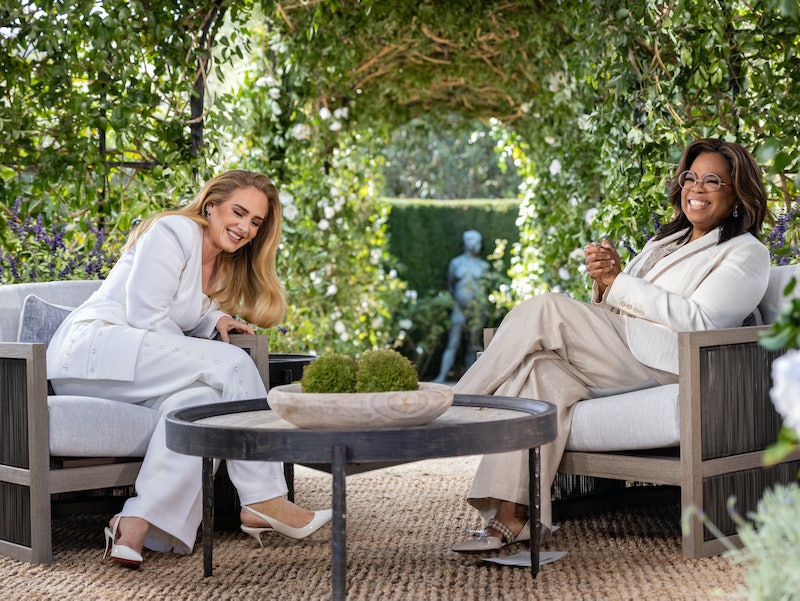 Adele is coming to your TV screens for one night only this year. Fresh off the release of her record-breaking single “Easy On Me,” the singer has announced a new CBS special titled Adele One Night Only. The event will air just five days before the Nov. 19 release of her fourth studio album 30, giving fans a taste of four songs from one of the most-anticipated albums of 2021.

The Nov. 14 TV special, which was filmed outside at the Griffith Observatory in Los Angeles, will include an in-depth conversation with Oprah Winfrey. CBS revealed the pair will discuss “her new album, the stories behind the songs, life after divorce, weight loss, and raising her son.” The “Someone Like You” singer previously explained how creating the album helped her heal after divorcing her ex-husband Simon Konecki in 2018. “I was certainly nowhere near where I’d hope to be when I first started it nearly 3 years ago,” Adele said in an emotional note. “Quite the opposite actually. I rely on routine and consistency to feel safe, I always have. And yet there I was, knowingly — willingly even, throwing myself into a maze of absolute mess and inner turmoil!”

In a teaser released on Nov. 9 about the TV special, Adele confirms she’ll perform four songs from her upcoming album as well as past fan-favorite hits, and describes the night in a way only Adele can: “It will look really elegant, and then I will tell a load of filthy jokes — sort of whiplash for them.” Additionally, in an exclusive video on Entertainment Weekly, Adele spots Lizzo in the audience during the concert and gives her a brief shout-out.

Here’s everything to expect from Adele One Night Only.

When Does One Night Only Premiere?

Adele One Night Only will air on CBS on Sunday, Nov. 14, at 8:30 p.m. ET. The two-hour special will also be available to stream on Paramount+, so contrary to its title, fans will be able to watch all of Adele’s performances for more than just one night.

What Will Adele Perform?

Adele is set to perform four new tracks from her upcoming album 30, including lead single “Easy On Me,” which quickly broke the record for Spotify’s most-streamed song in a single day upon its release in October. She’ll also perform some of her classics such as “Rolling in the Deep” and “Skyfall.” The special will mark Adele’s first live performances in more than four years (unless you count that hilarious Bachelor sketch when she hosted Saturday Night Live in October 2020).

What Will Adele’s Special Include?

In addition to performances that will likely devastate your emotions, the special will also feature an exclusive interview conducted by Oprah Winfrey. The interview will be broadcast from a rose garden and marks Adele’s first major TV interview about her new album, where she will also open up about her weight loss, split from ex-husband Simon Konecki, and raising her young son Angelo.

More like this
The 'Love, Lizzo' Harry Styles Scene Is Just 1 Moment That Made Fans Feel Seen
By Brad Witter
Kim K Is Putting Kanye’s Memorabilia — Like Grammys & Clothes — In A Vault
By Jake Viswanath
Everything To Know About 'Elite' Season 7
By Jake Viswanath
Mariah Carey Is "So Proud" After Her Kids Joined Her In The Thanksgiving Day Parade
By Stephanie Topacio Long
Get Even More From Bustle — Sign Up For The Newsletter