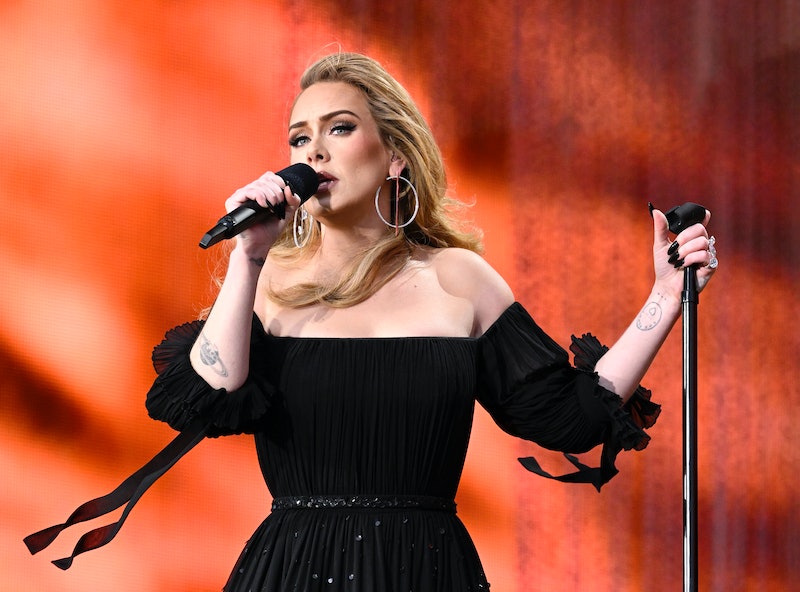 Adele is heading back to Viva Las Vegas. On July 25, the “Easy On Me” singer announced new dates for her Weekends With Adele residency at The Colosseum at Caesars Palace in Las Vegas, after she previously postponed the shows on Jan. 20, just a day before they were set to begin. “Words can’t explain how ecstatic I am to finally be able to announce these rescheduled shows,” she wrote on her Instagram and Twitter accounts.

In her statement, Adele reiterated how “heartbroken” she was to have to postpone the shows, and apologized to ticket-holders once again. “After what feels like an eternity of figuring out logistics for the show that I really want to deliver, and knowing it can happen, I’m more excited than ever!” she said. “Now I know for some of you it was a horrible decision on my part, and I will always be sorry for that, but I promise you it was the right one. To be with you in such an intimate space every week has been what I’ve most been looking forward to and I’m going to give you the absolute best of me.”

Weekends With Adele will now open on Nov. 18 and conclude on March 25, 2023, with a holiday break planned between Dec. 25 and Jan. 20. In addition to the 24 originally planned shows, eight new dates have been added to the residency — but unless you already tried to buy tickets for the postponed shows, it won’t be that easy to get in.

Tickets will be available for all 32 shows, but presales will be limited to ticket-holders who received refunds for the original dates and fans who registered for the Verified Fan presale in November 2021 and were waitlisted. Fans who are eligible for either presale will be notified by Wednesday, Aug. 3.

In January, the 12-time Grammy winner announced that she was forced to postpone the residency in a tearful Instagram video, adding that she had been up for 30 hours trying to pull some sort of show together. “I’m so sorry, but my show ain’t ready,” she said. “We’ve tried absolutely everything that we can to pull it together in time and for it to be good enough for you, but we’ve been absolutely destroyed by delivery delays and COVID. I can’t give you what I have right now, and I’m gutted. ... I’m so upset and I’m really embarrassed and I’m so sorry to everyone who has traveled.”

In the days that followed, reports emerged that the cancellation was also due to creative differences between Adele and the show’s stage designer Es Devlin, who worked with the singer on her 2016 tour. Adele never commented on the reports, but she did assure fans that the shows would be “happening this year” a few weeks later. She stood by her decision to postpone the residency in a July 3 interview on BBC Radio 4’s Desert Island Discs, but said that she had to “grieve the shows” and “get over the guilt” of letting her fans down. “I’m not going to just do a show because I have to or because people are going to be let down or because we’re going to lose loads of money,” she said.

More like this
How Lady Gaga & Adele Are Closer To The EGOT All Of A Sudden
By Jake Viswanath
Beyoncé Is The First Woman To Have A No. 1 Album Since Adele Did Almost A Year Ago
By Radhika Menon
Lauv Is No Stranger To Taylor Swift, Drake, Ed Sheeran, & Fame
By Alyssa Lapid
Beyoncé Sent Flowers To “Masterpiece Genius” Madonna After The “BREAK MY SOUL” Remix
By Grace Wehniainen
Get Even More From Bustle — Sign Up For The Newsletter