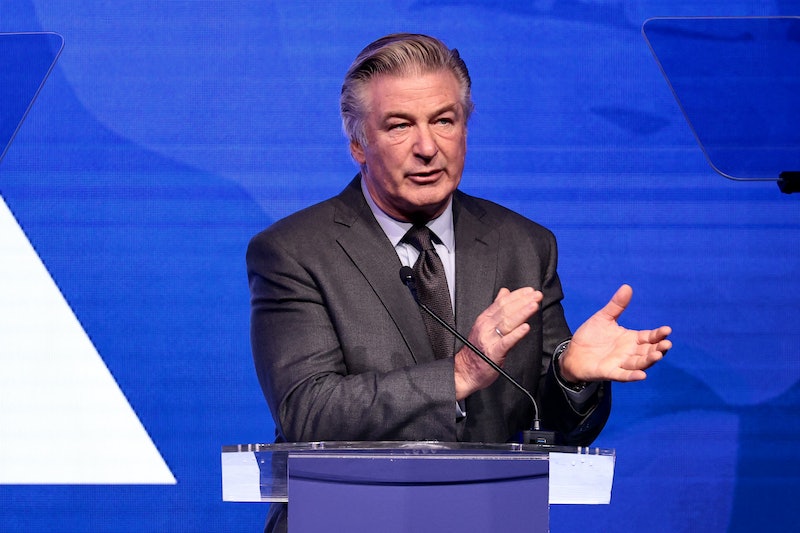 In an unexpected and surprisingly candid Instagram video to ring in 2022, 30 Rock star Alec Baldwin updated viewers on how he’s doing now after last year’s accidental shooting on the Rust film set that killed 42-year-old cinematographer Halyna Hutchins on Oct. 21. The new 13-minute video marks the first time Baldwin has publicly addressed the incident since his sit-down interview with George Stephanopoulos aired on ABC News on Dec. 2, at which time he was adamant that he “didn’t pull the trigger” on what was supposed to be a prop gun with no live ammunition in it.

Holding his phone pointing to his face in the video, the 63-year-old entertainer described the fatal incident and the aftermath as the “worst situation I’ve ever been involved with.” Baldwin, who has been cooperating with police throughout the investigation, goes on to say, “no one wants the truth more than I do,” and that he is “very hopeful that the people in charge of investigating this whole thing get to the truth as soon as possible.”

Baldwin captioned the largely hopeful video with, “Another chance to let go of anything that is hurting us. Destroying us.” He started the clip with a moment that recently touched him, describing how he was at a restaurant when a woman stopped by his table to hand him a Splenda packet. On it, she had written comments about how people are thinking of him and wishing him well. Baldwin also revealed his plans to heal in the new year, which include speaking to people about meditation and on learning to be more spiritual.

“The one thing I do want to consider very carefully in this coming year and to really push myself is in terms of trying to not allow the negativity in my life to affect me,” Baldwin said.

For a while in the video, Baldwin did not explicitly mention the fatal incident or the cinematographer’s name. Eventually, he said that he is “not afraid to say that” and that “somebody died very tragically” before saying Hutchins’ name aloud.

Baldwin once again thanked the many people who have shown him kindness in the weeks and months since the incident. He also told those who have shown him “the opposite of kindness” that he understands where they’re coming from. In a behavior not typical of the notoriously hot-headed star, he didn’t lash out or defend himself. He simply asserted that he “gets it.”

At the end of his Instagram video, though, Baldwin focused on love, telling his followers that he recently spent time with his daughter Ireland and her significant other and that he wants his young children to “live a thoughtful life — a kind life.”

More like this
Jennifer Coolidge Hunted For Jewels & Lashes In J.Lo’s Hotel Room
By Jake Viswanath
Reese Witherspoon Confirms This Fan Favorite Will Return For 'Legally Blonde 3'
By Jake Viswanath
Vanessa Hudgens Is Reportedly Engaged To Cole Tucker
By Jake Viswanath
Alicia Silverstone Revives Her 'Clueless' Character In This Super Bowl Commercial
By Jake Viswanath
Get Even More From Bustle — Sign Up For The Newsletter
From hair trends to relationship advice, our daily newsletter has everything you need to sound like a person who’s on TikTok, even if you aren’t.