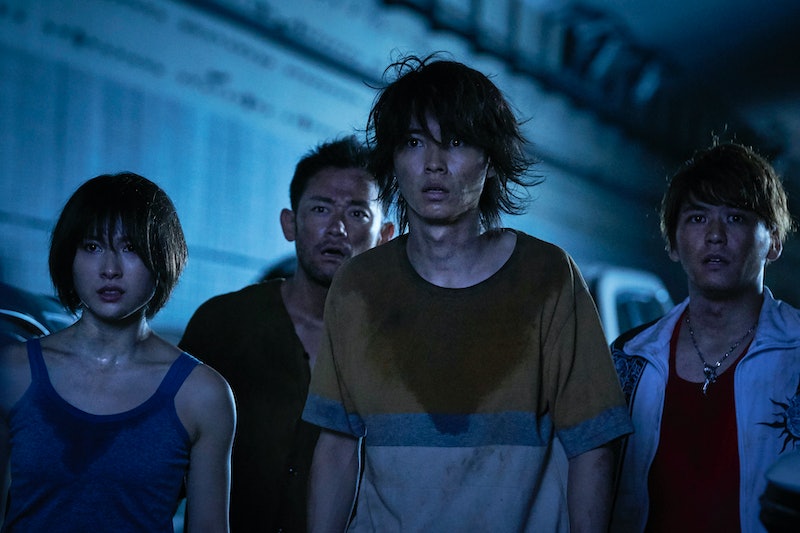 Whether you tuned in from Day 1 or joined the fandom after speeding through Squid Game, one thing’s for sure — Alice in Borderland is the kind of series you can’t stop talking about (or thinking about) once you’re in. Based on the manga of the same name, Alice follows young gamer Arisu and his friends as they’re forced to play deadly games in a surreal, suddenly empty Tokyo.

Like the best thrillers, Alice in Borderland keeps you guessing. Fortunately, the series has been renewed for Season 2, so at least some of your questions may be answered soon. As Kento Yamazaki (Arisu) teased from set during Netflix Festival Japan, “What is the purpose of this game? Will they be able to return to the real world? What is the answer Arisu is seeking? We hope to continue to work hard while shooting this series so that you can enjoy this show until the very end.” Though the source material manga can give you some clues as to what’s going on, there’s no guarantee that the Netflix series is (or will be) recreating the exact plot from page to screen.

As you wait for more information on Season 2, here are some of the prevailing Alice in Borderland theories to serve as fodder for your next rewatch.

Where Did Everybody Go?

The biggest mystery of Alice in Borderland is, of course, where is everyone? It’s the first question Arisu and his friends reckon with as they enter their new, empty environment less than 15 minutes into the series. Even after Season 1’s twisty cliffhanger, the true nature of the borderlands still evades players and viewers alike.

Redditor lolEden suggested the world is empty because it’s actually a kind of purgatory, meaning the players are all dead. The user pointed to Arisu, Karube, and Chōta’s reckless running through the city as a possible point they died and didn’t realize it: “The car stopped right before hitting the guys, [and] it kind of felt that nobody was paying attention to the guys as they ran away.” Meanwhile, nicoleandrews972 posited that the game world could be a parallel universe. But if so, then...

YouTube channel Watching Sundays floated the theory that the games could be entertainment for rich spectators, à la Westworld, or a Black Mirror-esque social experiment in which a company recruits players to test their survival chops via virtual reality coma. Another channel called Think Story offered a similar explanation and referenced a specific scene with Shibuki, where she’s discussing a European IT company that created a virtual replica of the real world. Instead of skipping the interview his brother arranged in Episode 1, Think Story pondered, “What if Arisu did go to that interview, and this is what he signed up for? In fact, our three main characters ... are all strapped for cash.” Perhaps they could have signed up for the deadly virtual games as a paid opportunity.

With those enormous face cards rolling in, Season 2 of Alice in Borderland promises to be even more thrilling than the first — and according to Think Story, Mira could be taking on a larger role as the Queen of Hearts (noting her throne-like chair). Redditor CalzoneBetrayal voiced their support for the theory that the game world is a “coma limbo,” and that we’ll find out each character’s near-death experience that got them there in Season 2. “Each main character either was involved in something risky or knew someone who didn't like them,” CalzoneBetrayal explained.

With pandemic restrictions in Japan lifting, production on Season 2 is underway, which means fans can soon find out if any of these theories materialize when new episodes drop.