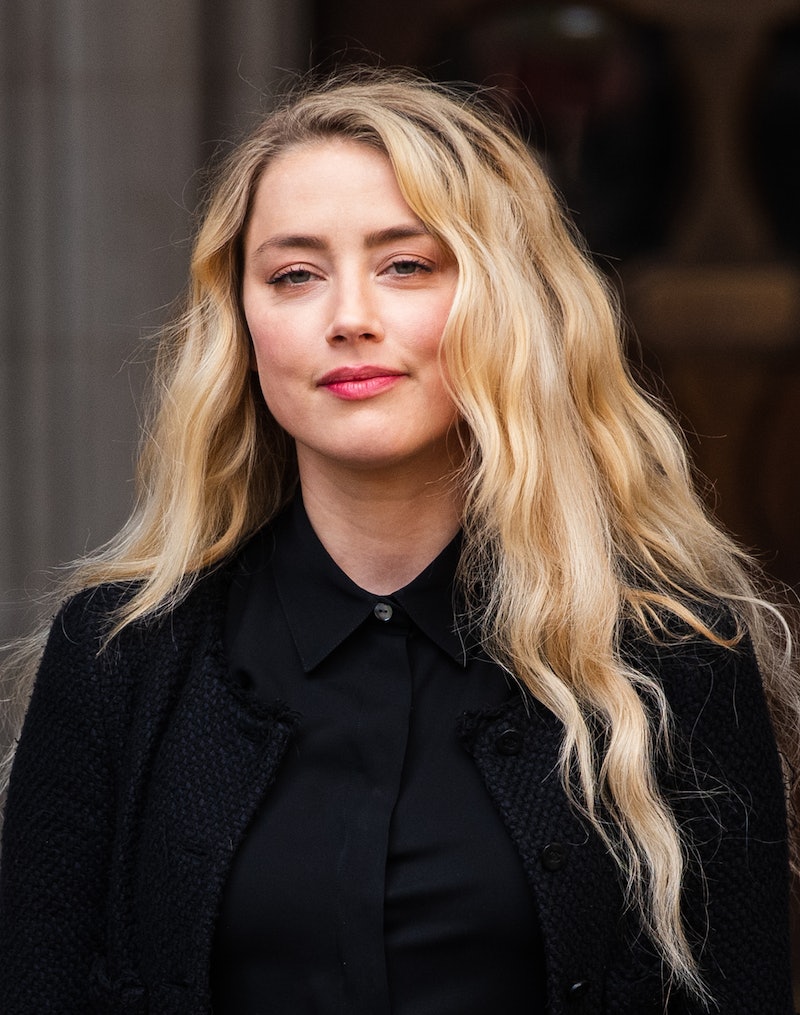 After one of the most talked-about and contentious legal proceedings of the year ruled against her, Amber Heard confirmed via Instagram that she has reached a settlement in the defamation lawsuit with her ex-husband Johnny Depp.

Heard maintains her innocence in the post and reveals that her decision to settle stems from a “loss of faith in the American legal system” and the “vilification [she] has faced on social media.” “It’s important for me to say that I never chose this,” she wrote in a lengthy post. “I defended my truth and in doing so my life as I knew it was destroyed...Now I finally have an opportunity to emancipate myself from something I attempted to leave over six years ago and on terms I can agree to. I have made no admission. This is not an act of concession.”

The defamation lawsuit revolved around a 2018 Washington Post op-ed penned by Heard about alleged physical and sexual abuse during their marriage, though she did not name him in the article. The jury ruled against Heard and awarded Depp $10 million in compensatory damages and $5 million in punitive damages, though the latter number was later reduced to $350,000 due to statutory limits. Heard acknowledged that she has the option for a re-trial but that she “simply cannot go through that for a third time.”

The actor’s post also compares her experiences in the UK with that in the U.S., as she participated in legal proceedings against Depp in both countries. “When I stood before a judge in the UK, I was vindicated by a robust, impartial and fair system, where I was protected from having to give the worst moments of my testimony in front of the world’s media, and where the court found that I was subjected to domestic and sexual violence,” she began. “In the US, however, I exhausted almost all my resources in advance of and during a trial in which I was subjected to a courtroom in which abundant, direct evidence that corroborated my testimony was excluded, and in which popularity and power mattered more than reason and due process.”

In an effort to move on as “time is precious” and because she “cannot afford to risk an impossible bill — one that is not just financial, but also psychological, physical, and emotional,” Heard chose to settle, but maintains she will not back down from speaking her truth in the future. “I will not be threatened, disheartened or dissuaded by what happened from speaking the truth. No one can and no one will take that from me,” she concluded. “My voice forever remains the most valuable asset I have.”